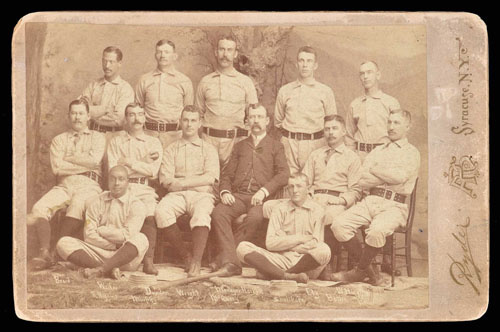 Recently, in an online forum I’m a part of, a member was complaining about the quality of the autograph he received of Robelin Lopez. The autograph is just a handwritten, spaced-out “LoPez” — capital P and all — on a sticker attached to the card. This started a firestorm of complaints about horrible player autographs, from Vernand Morency’s “check mark” signature to Bryce Harper’s shortened initials-only auto.

Collectors feel they are entitled to an aesthetically-pleasing signature when paying money for a product. Dave and Adam’s Card World has a list of the 50 sloppiest signatures (https://www.dacardworld.com/blog/autographs/50-worst-sports-autographs/) and Sports Collectors Daily has a gallery of “awful autographs” (https://www.sportscollectorsdaily.com/gallery-awful-autographs/). While I can understand the argument of “deserving” a nice signature, there’s a very basic lack of understanding on so many levels when it comes to this discussion. While it’s disappointing that not everyone has the penmanship of Ted Williams, there are certainly valid excuses for these types of signatures.

A major complaint for years has been the lack of legible or attractive autographs. When you look back at autographs from the 1990s and earlier, the signatures were by and large legible cursive creations. Today, many autographs are simply a single letter or simply initials. Stars with initial signatures include Harper, Mike Trout, Freddie Freeman, and Christian Yelich. What happened in the 90s to change things?

Technology happened. Young stars of today grew up in a school environment where computers were ever-present, much as they are today. Typing became important, and cursive is largely not taught or taught as an afterthought in today’s schools. As a former third grade teacher, I can attest that cursive was an unimportant and unmandated part of the curriculum that was often tossed aside for important things, like math and reading and, yes, computer literacy. Being able to type is much more important today than being able to write in cursive. Where is the need to write in cursive as we approach the 2020s? My wife and I bought a house two years ago and all of our paperwork was signed electronically. Chip-enabled credit cards, as well as services like Apple Pay and Android Pay, don’t require signatures on credit card slips anymore. With cursive falling out of favor, fewer young stars know how to write their full name in cursive, resorting instead to one or two letters that they can learn.

Another reason some players sign with initials is, quite simply, demand. If you look at early Team USA signatures of Bryce Harper, it is clear his signature used to include at least an effort on the “arper” part of his last name. As he became a bigger star, the demand and prices for his autograph went up, meaning he needed to sign more signatures in the same amount of time. Therefore, the natural thing to do is to simplify the signature in order to make the process quicker. Many of the autographs we see were signed in short marathon-type sessions in order to fulfill contractual obligations, and players will get paid the same if it takes an hour to sign 100 autographs or if it takes 3 hours for the same sheet of stickers. I’d choose the former.

Back to Robelin Lopez. Lopez is a teenager from the Dominican Republic. Not much is known about him — in fact, he barely turns up on a Google search, except for references to his 2018 Panini Elite cards. His problem has nothing to do with the fact that he can’t write cursive. It’s more likely that his issue is he can hardly write at all.

Lopez comes from the Dominican Republic, a country with a very high literacy rate but extreme poverty. Most players signed at the age of 16 off the island have been part of academies and signed to buscones, or agents, since before their teenage years. There is essentially no oversight of these academies; MLB is not involved with them, and secondary schooling is not compulsory in the Dominican. For many young kids growing up impoverished in the Caribbean, baseball is their way out. Schooling is usually an afterthought. It’s fairly safe to say that writing and penmanship were never high on the list of things Lopez focused on growing up.

All this is to say that yes, it’s disappointing that autographs are not as aesthetically pleasing as they once were. However, a lot of circumstances have converged to create that scenario. In a world where fewer and fewer things require putting pen to paper, it’s sort of impressive that autographs are still a sought-after item. Let’s enjoy them in any form while they last.

Leave a Reply to JD