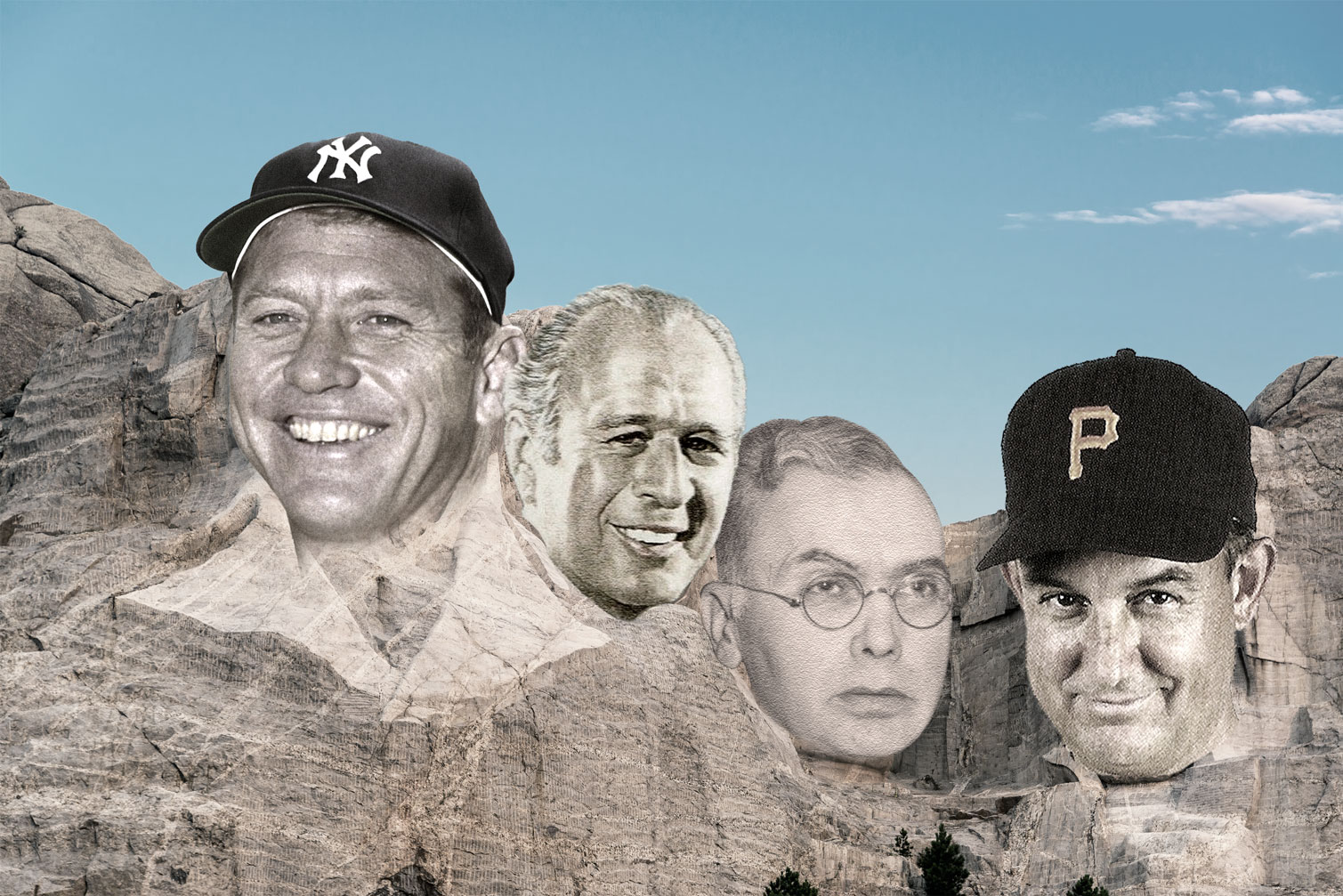 After more than a month of nominations, discussions, and, yes, quite a few arguments, it’s time to reveal the Mount Rushmore of Sports Card Industry Icons.

Before we begin, it’s important to acknowledge that I came into this with a completely open mind and I cannot believe how much I learned along the way, both about people I knew and a few I had never heard of. In the end, the list came down to who best met the criteria. There were at least a dozen people who I felt were honestly deserving of a spot, but our mountain space was limited to 4 inductees.

Without further ado, may I present the Mount Rushmore of Sports Card Industry Icons! Inductees are listed in alphabetical order.

DR. JIM BECKETT — Dr. Beckett was not the first person to issue a price guide, but he was the most impactful to do so. During the heyday of the hobby, Beckett gathered data from hundreds of card shop owners to determine his card values. To this day, his last name is synonymous with a card’s value, and his company’s monthly and yearly publications over the last 4 decades have unified collectors from around the world. His company later branches out to third-party grading, and is considered the preeminent grading company for modern cards. Not only does his name permeate the card market, it is now a part of Mount Rushmore.

SY BERGER — Berger is considered the father of modern day baseball cards, and with good reason. As the co-designer of the landmark 1952 Topps set, Berger laid out a template for what baseball card fronts and backs would look like for decades to come. His name is synonymous with Topps, as Berger had a hand in nearly every iconic Topps design for a half a century. As a Topps representative, he was also responsible for signing players to contracts, making him the public face of the company. That face is now forever etched in our Mount Rushmore.

JEFFERSON BURDICK — Almost any way you slice it, Jefferson Burdick was the preeminent forefather of card collecting. While his collecting interests extended to paper ephemera as well, Burdick’s true passion was cards. His cataloging system, while not carried forward to modern-day releases, is still in wide use today, as we utilize his designations (for example, T206) to refer to vintage issues. Burdick painstakingly cataloged every issue he was aware of and meticulously organized his own collection, then donated it to the Metropolitan Museum of Art. His publications and correspondences connected collectors in a way that did not previously exist, and his contributions certainly warrant selection to Mount Rushmore.

MICKEY MANTLE — By far the most controversial choice, as much of the argument was centered on whether a player was even deserving of a spot in Mount Rushmore. I even wrote a blog post completely dedicated to the discussion. I admit, I was originally firmly in the “no player” camp, but I came around once applying the criteria. I struggled to find another person who met the criteria as broadly and deeply as Mantle. 50 years after his last Topps regular issue, Mantle’s cards are still the most important cards from any vintage set in which he was included. His demand still drives the vintage market more than any other single player. Mantle’s presence at baseball card shows in the 80s as one of the first marquee autograph guests drove interest in both the memorabilia market and the exploding card market. Even if his contributions were limited to posing for a photograph and sitting behind a table signing items, his impact is still felt to this day. For that reason, he merits inclusion on Mount Rushmore.