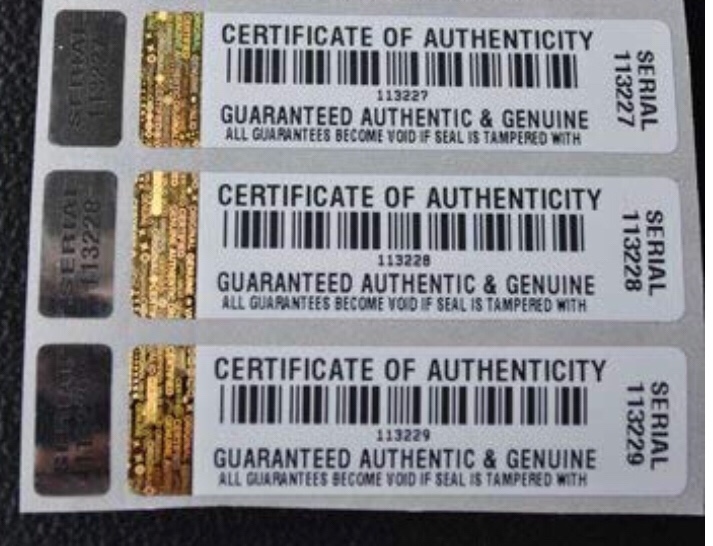 Over the last few weeks, I’ve noticed a good amount of counterfeit cards being passed off as the real deal thanks to a bogus “certificate of authenticity” sticker. The sticker is very official-looking: it has a hologram, what appears to be a unique number, and a strongly worded statement guaranteeing the card’s authenticity — if the seal isn’t broken.

The only problem is that the cards inside aren’t real, and the only way to prove that would be to break open the seal. Anyone can buy these labels in bulk on Amazon. They cost less than 20 cents each, a reasonable investment for a nefarious seller who is going to turn a worthless card into a card worth $50 or more. Although the wording on the sticker seems on the surface to be legally binding, it is worded in such a way that it means absolutely nothing.

Determining whether an ungraded card is real is a difficult task, and there are no shortcuts to doing so. However, you can make an informed decision that will help you determine if the card is likely a reprint. To be clear, there are still very good counterfeits that may pass the test and need further inspection to determine their authenticity. But the items on this checklist will help you raise any red flags so that you can immediately decide if the card in question is fake.

Of course, the best way to determine a card’s authenticity is to use a reputable third party grading service — PSA, SGC, or Beckett. But short of that, the items in the list above can help you.