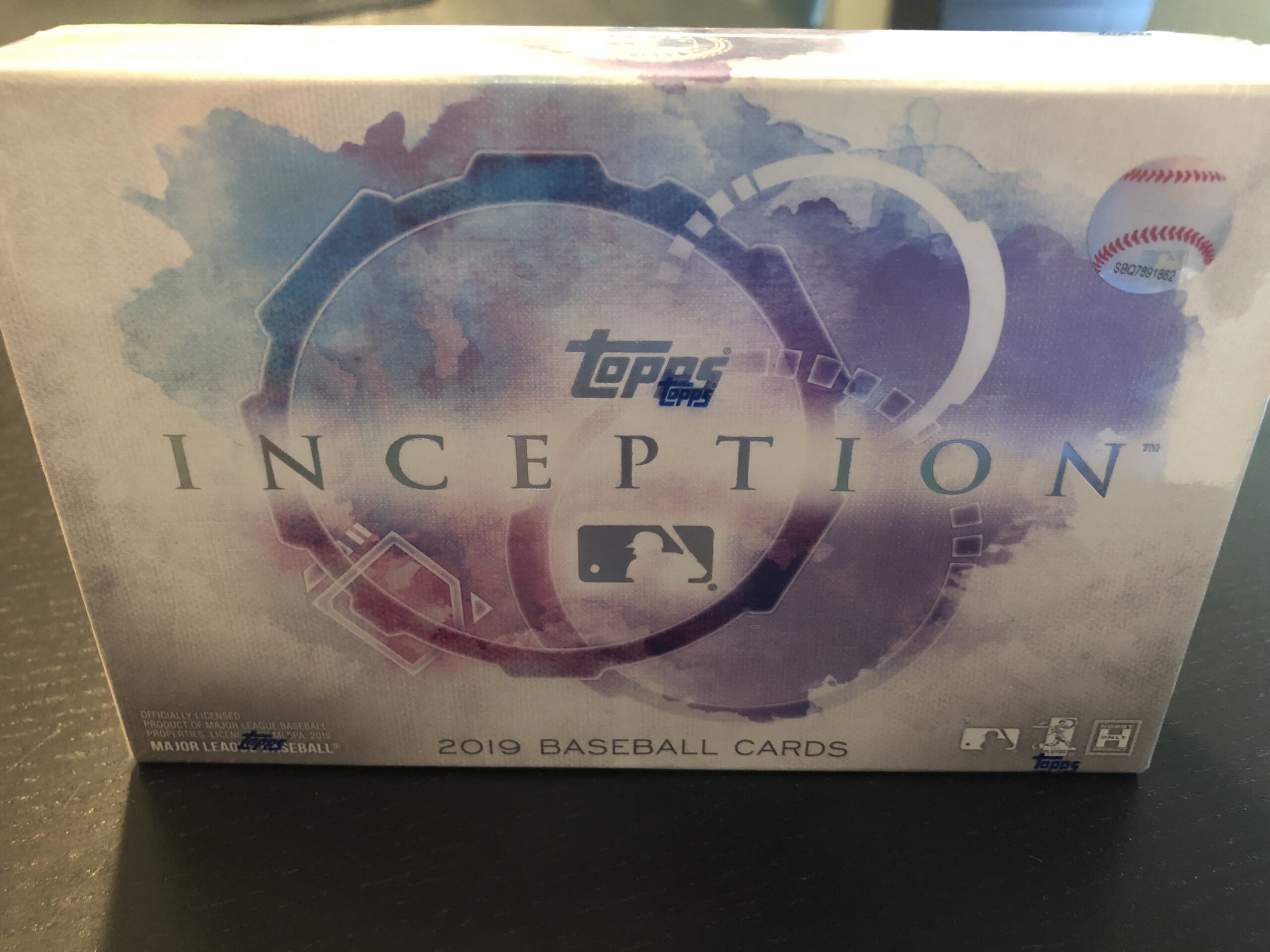 If you love opening baseball card boxes but are short on time, Topps Inception is the product for you! That’s because, like years past, each box of Inception contains one pack with 7 cards. At a suggested retail price of around $60 a box, it’s a cheap way to open a product that could produce a big hit.

Topps sent me a box of Inception to review. I admit, although I have bought singles from the product in the past, I’ve never opened a box of it myself. That’s because I’m a sucker for hoarding base cards, a luxury that isn’t provided with this product. Each box has 4 base cards, 2 colored parallels, and 1 autograph or auto relic card.

The design for this year’s release relies on a brighter color palette, similar to the 2017 release, but in opposition to last year’s darker-themed release. The design for Inception is consistently one of the most attractive ones in Topps’s product line, with a glossy player photograph against a matte card background.

Because I’ve never purchased a box of Inception myself, I had no idea that the packs were so enjoyable to open for someone who likes delayed gratification, such as myself. With most packs, the key card is somewhere towards the center of the stack. But with Inception, the top 4 cards are all base cards, with the fifth card being the “hit” and the sixth and seventh card the colored parallels.

As an autograph, I received an on-card signature of young catcher Carson Kelly. Kelly is in a Cardinals uniform even though he was traded to the Diamondbacks back in December; however, given the on-card nature of the signatures and the need for lead time in producing the product, I completely understand the out-of-date photo and team designation. For my colored parallels, I got a Christmas combination of green and red. The green parallels are not numbered, and I received Pirates rookie Nick Burdi. The red parallels are numbered to 75. My red was of 2018 AL Cy Young winner Blake Snell. Both of these colored parallels were very sharp looking, with no border or corner chipping and a really nice blend with the background design.

Despite the box having just the 7 cards, the price point makes Inception a low-risk, high-reward product. With the potential for some sick patch autos and 2 colored parallels guaranteed in every box, this was definitely a fun rip, and a product I’ll have to keep in mind for the future.