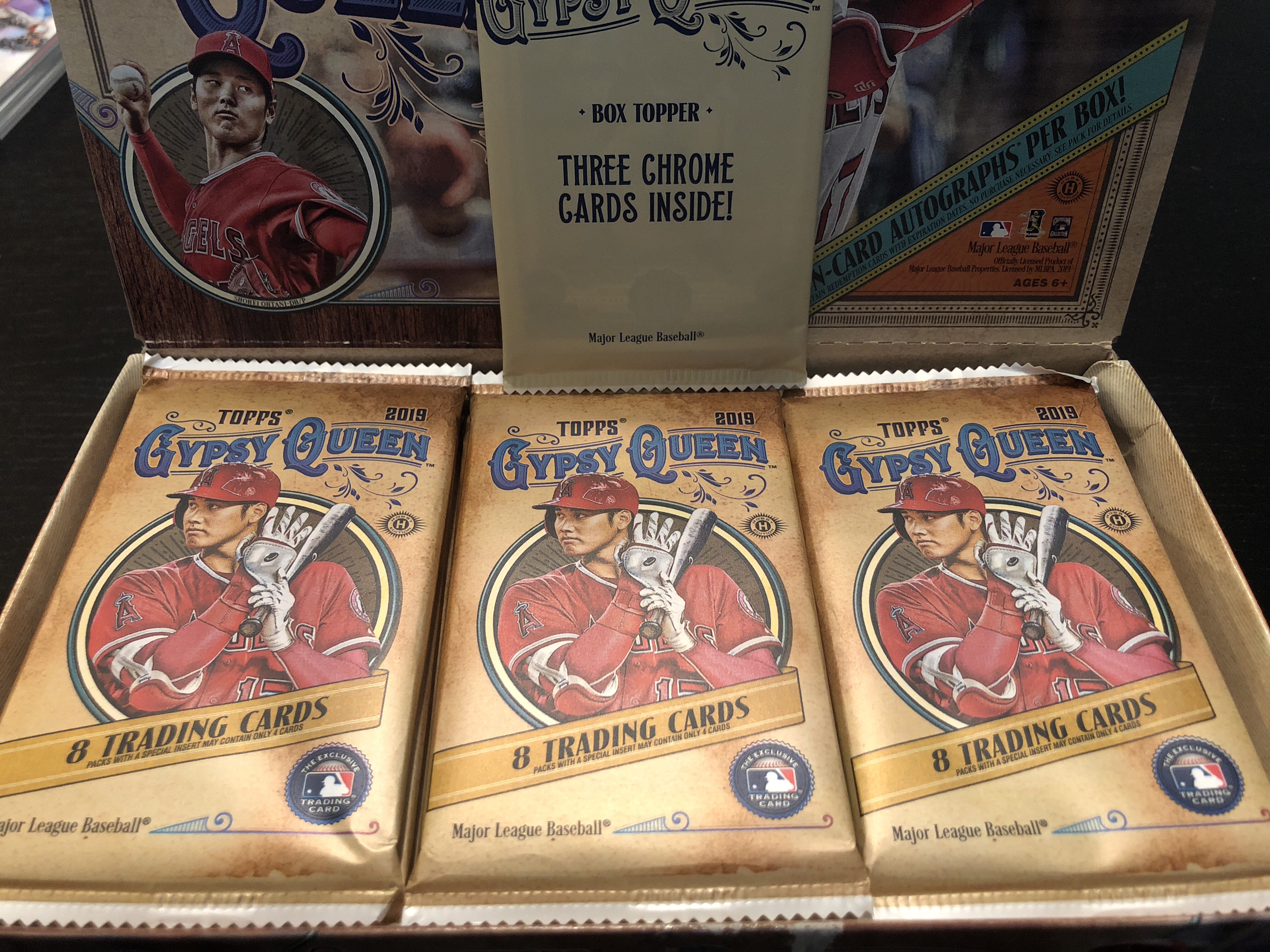 Do you remember when you were a kid and you would read Highlights magazine, eagerly flipping to the back in order to “spot the differences” between the two images? Topps’s annual Gypsy Queen release is sort of like that. With hobby boxes loaded up with 320 cards (24 packs, 10 cards per pack), there’s a ton to keep your interest — perhaps even more than you realize.

Topps sent me a box of its part-collectable, part-IQ test, part-vision exam product to review. I’m usually good to open a box or two each year, though never on release day. That’s because I like to let other folks do the hard work of identifying the parallels and variations for me so that I don’t miss any when I’m sorting my cards.

Each box of Gypsy Queen comes with two autographs (from what I can tell, all are hard-signed, on-card signatures). My first autograph came in my third pack. It looked to be a fairly pedestrian signature of Andrew McCutchen, and I was somewhat disappointed that the card showed McCutchen on his previous team, the Giants, rather his new team, the Phillies. I turned the card over and found that it was numbered to just 40 copies. Some kind of short print, I surmised. This is where not opening Gypsy Queen on the day of release helps. In searching for the card, I discovered that it was a Jackie Robinson Day parallel. You can see the “2” from the “42” in the image on McCutchen’s jersey. Suddenly the lack of updated uniform made perfect sense. My second autograph, which came later in the box, was of Padres prospect Luis Urias. There was nothing different about this card — at least, nothing I’ve figured out yet. 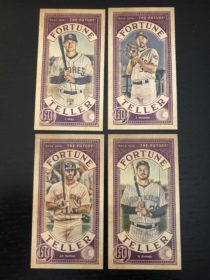 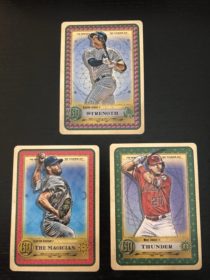 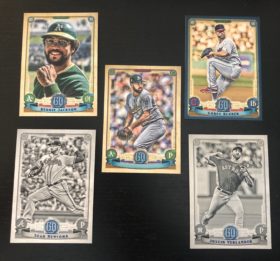 Mainstay insert sets like Tarot of the Diamond and Fortune Teller have returned in this year’s iteration. So, too, have variations like no nameplate and logo swap. I didn’t receive the latter, but I did get a missing nameplate card of Lou Trivino. Color parallels are included as well; I received a blue (#/250) of Corey Kluber and two black and whites (#/50) of Sean Newcomb and Justin Verlander. While the base set is 300 cards, high number short prints run from numbers 301 to 320 and are entirely made up of retired players; Reggie Jackson was the SP I received.

Overall, Gypsy Queen is always a fun rip if you’re up for the challenge of identifying the myriad variations included therein. It’s fun, weird, and different, and with two on-card autographs per box, you can’t go wrong. Given that there are just 20 short prints, life is a bit easier for set builders than it is with Topps Heritage. Just be sure to have your phone or computer handy to help identify the cards you pull!