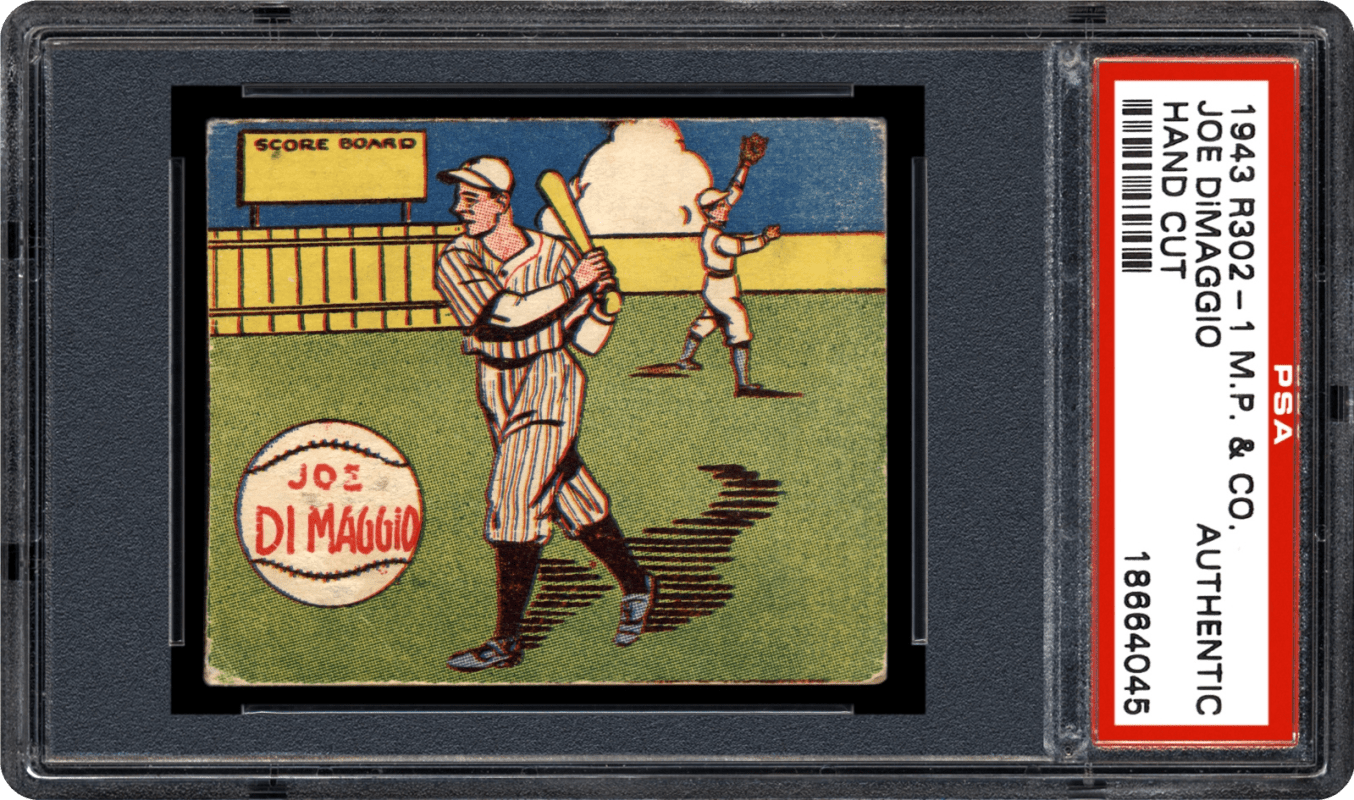 Happy Veterans Day, and thank you to all of you who served. Baseball has long been tied to the armed forces, due to the humongous number of players who served their country in World War I, World War II, and the Korean War. In fact, 43 members of the Hall of Fame served in the military at some point during their baseball careers.

Baseball cards have also long been tied to the armed forces through a common division in the hobby timeline: pre-war and post-war. The division, of course, is World War II. But while there are folks who talk about pre-war cards and post-war cards, there aren’t many who discuss “war” cards — that is, cards produced during World War II. They were few and far between, but they exist, and some of the issues are excellent opportunities for collectors.

The United States entered World War II in December, 1941, following the bombing of Pearl Harbor. That year there were many team issues as well as several strong mainstream issues: Play Ball, Double Play, and Goudey. But once the country descended into war, both paper and gum became rationed items, so baseball cards became nearly extinct. Other than team-issued picture packs, which don’t really count as baseball cards, there are only two main sets for collectors to focus on, with a third that comes with a huge asterisk.

We’ll start with that third set, known as Salutation Exhibits. Exhibits were large-format cards produced from 1921 until 1966. The earlier ones from the 20s and 30s are generally separated out by year. From 1947 until 1966, the cards had a large number of similarities that results in their grouping together with the name 1947-66 Exhibits. The Salutation Exhibits, so named because they include a salutation such as “Sincerely” or “Yours Truly” before the player’s facsimile signature, ran from 1939 until 1945. Outside of this date range, there is no real way to tell the exact year of production, hence the asterisk that accompanies this set’s designation as a “war time” set. Because these are fairly common and dating is near impossible, they can be had at a decent price. As an example, a 1939-46 Salutation Exhibits Ted Williams has 2 variations, both of which sell in a PSA 5 for well under $100. A 1939 Play Ball Ted Williams PSA 5 recently sold for $3,701 at auction.

1943 saw the release of one of my favorite vintage sets: 1943 MP & Co. You know how sometimes you see a dog so ugly that you find it cute? That’s how I feel about these strip cards, which contain crude drawings of some of the best players of the era. In the set of 24 cards, more than half are Hall of Famers, including some big names like Ted Williams and Joe DiMaggio. But because these cards are often found in such poor condition, and because they’re so hideous, they are a fairly affordable way to get contemporary cards at a decent price. For example, a Williams from this set is available in a PSA Authentic grade for around $100; a mid-range numeric grade will cost you a couple hundred dollars. Raw examples are available for $50 or less, but beware — this set was reprinted in 1949 on different card stock, with a different font on the back. Still a vintage issue, but not a wartime one, and not nearly as valuable.

The other main set for collectors was released in 1944, when the Yankees released a 30-player set of stamps to commemorate their World Series win the year before. While the stamps were released on a single sheet with an album, today they are most often found separated for just a couple of dollars each. What makes this release really neat is that the stamps contain color photos, something that would not be commonplace with cards until the next decade. The stamps contain some star power in the forms of sluggers Bill Dickey and Charlie Keller.

Even after the war ended, sets were scarce for a few years, but several team issues picked up the slack. Additionally, bakeries such as Bond and Tip Top Bread produced cards that are extremely valuable to this day. But if you want nice vintage from the war years at affordable prices, you can’t go wrong with the sets profiled here.