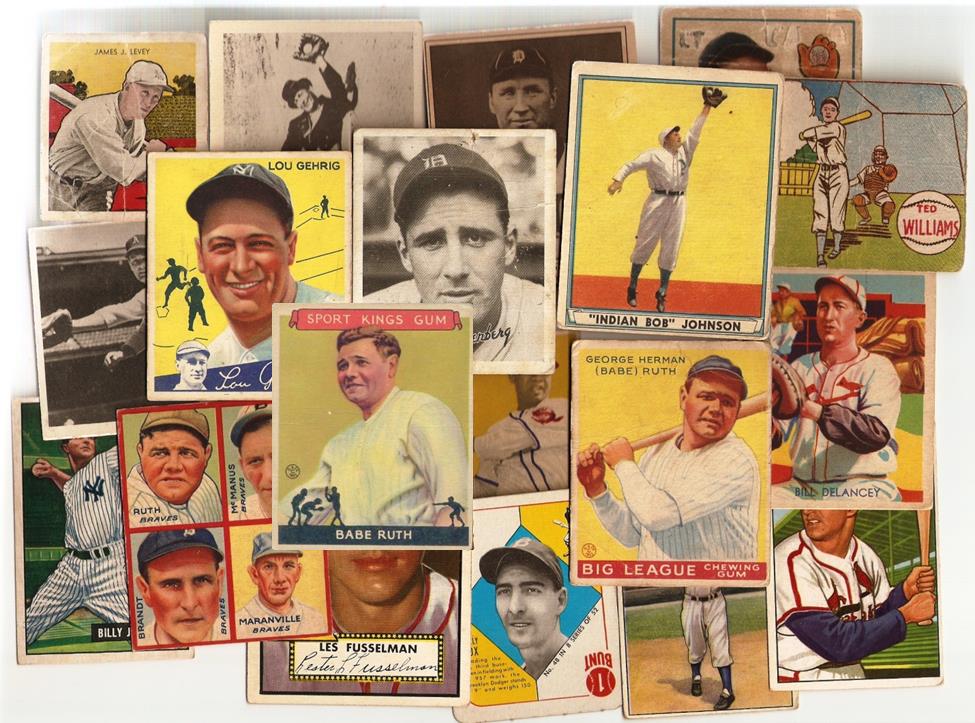 In my post two weeks ago, I wondered what the cutoff for the vintage era is. In my asking this question on several forums online, it was clear there is no single unified viewpoint; in fact, despite having offered 5 more common options, I got more than a dozen suggestions from folks around the internet. As I said last week, I’m not even too sure about where I stand on the matter. While my initial feeling was 1983, I came to realize that I only consider certain key cards from the early 1980s — and even the late 1970s — to be vintage, while the other ones have no important meaning to me.

For that reason, the more I thought about it, the more that “periods” similar to the comic book industry make sense. Last week’s exercise in trying to pin down a single date for the end of the vintage era made it apparent to me that it’s impossible to do for a number of reasons:

If you aren’t familiar with the comic book periods, they are Golden Age (1938 to 1956), Silver Age (1956 to 1970), Bronze Age (1970 to 1985), and Modern Age (1985 to present). Of course, these divisions don’t work for cards for a number of reasons, but beyond that, I don’t love the idea of overlapping start/end dates and universally applying simple metallic names. It’s also hard for me to call something from 1985 “modern.” So these nomenclatures won’t work.

Prior to determining the appropriate wording, though, it was important for me to decide how to separate the periods. In comic books, the Golden and Silver Ages are designated by the introductions of key comics (Action Comics #1 and DC Showcase #4, respectively), but the start and end of the Bronze Age is more based on trends occurring at those times. A mixture of key events and trends seems like a fair way to separate eras. That said, there are plenty of ways to do that: Does Topps’s monopoly warrant its own era? Does the size of cards determine the period? Are players the most important driving factor in determining eras?

After much contemplation and plenty of revisions, I arrived at the following ideas.

The first baseball card is the subject of debate (hence the asterisk). While most people generally recognize Snyder & Peck cards starting in 1868 as the first baseball cards, there are cabinet cards with baseball-related material on them dating back even earlier. Regardless of when this era begins, it ends in 1932. Until 1932, baseball cards primarily were issued with tobacco products, caramels, bread, and candy. With the onset of the Great Depression, national releases of Major Leaguers were non-existent in the first few years of the 30s. This era contains all the major tobacco releases.

1933 saw the release of the inaugural Goudey Gum cards. These colorful cards were some of the first that were packaged with bubble gum and featured every major star of the era, some multiple times (in Babe Ruth’s case, 4 times!). 1933 also saw a nice number of sets after the lull of the first few years of the decade, with DeLong, O-Pee-Chee, and Tattoo Orbit joining Goudey. As I’ve written about before, cards during the early 1940s were few and far between, but this era includes the Play Ball sets as well as Bowman’s first entries into the space and Topps’s first baseball release in 1951.

There is no question that the 1952 Topps set is the grandfather of the modern baseball card. Cards today still resemble this landmark release, with a full color image on the front and biography and stats on the back. While the first 4 years of this era include Bowman releases, it is primarily dominated by Topps’s presence. Where to end this era was a bit of a puzzler, as 1973 — the final vintage set to be issued in multiple series — was an alluring choice. In the end, 1969 made the most sense for one major reason: Mickey Mantle’s final regular issue card. This could just as well be called the “Mickey Mantle era.”

Just one decade long, this era encompasses some pretty important releases, and although the cards are more common than Golden Era cards, they are still sought after. Unlike the Golden Era which Topps shared with Bowman for a few years, this era is essentially all Topps in terms of wide releases. The 1971 black border set is a favorite of collectors; 1972 saw the introduction of Traded cards; 1973 was, as noted, the last set issued in series; 1975 was the boldest design ever on a Topps set. But Topps wouldn’t be alone for long.

In 1981, Fleer and Donruss joined the fray and, for the first time in over 25 years, Topps had real competition. This also heated up the market, and by the late 80s, billions of baseball cards were being produced. Upper Deck came along in 1989 and pushed the competition along even further. You may have heard this era referred to as the “junk era” but I don’t care for that nomenclature; no baseball card, however worthless on the open market, is junk. Deciding where to end this era was difficult, but I arrived at 2005, because…

I needed a place to start the Modern Era that would make sense decades in the future, when it would be renamed to something else (High End Era?) and a new Modern Era would emerge. 2006 makes sense for a number of reasons, but the primary reason is the introduction of the RC logo and new rookie card rules. Prior to 2006, the rookie card designation was basically the wild west; companies designated players as rookies for years, and consumers were confused. The new rules created new identities for cards, with “prospect” cards emerging and new Minor League cards hitting the shelves. In 2006, Fleer was sold to Upper Deck and Donruss lost its MLB license, so 2006 was the beginning of the consolidation of the market.

The names of these eras aren’t what’s important here. I’ve seen what I refer to as the Early Era called the Golden Era by others, and of course Junk Era is a common term that collectors throw around. However, the delineations between the years make the most sense of any combination I tried to figure out for this post (and believe me, I tried a lot!).

A few weeks ago I looked at the past when wondering what definition to apply to vintage cards. This week I looked at naming eras up to the present. In my next post, I’ll examine the future of baseball cards, including innovations I both think and hope we’ll see.