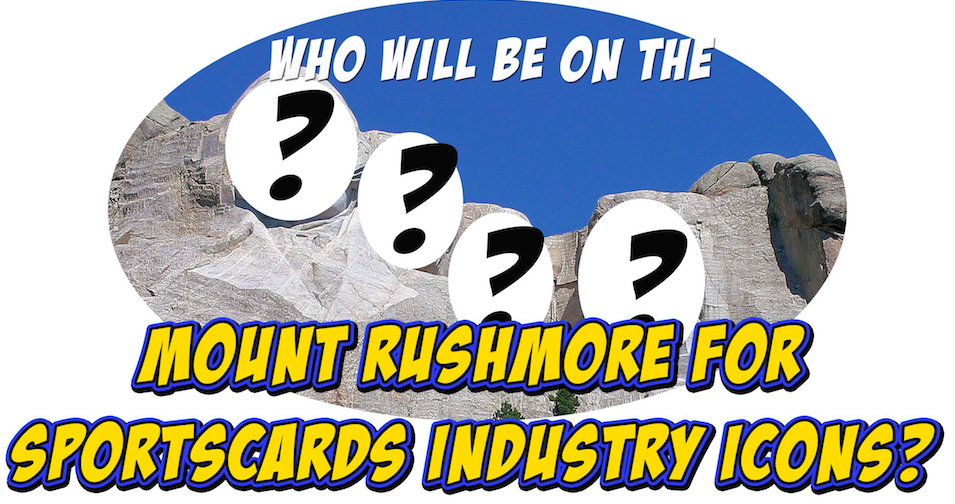 You’ve heard the rumors, you’ve seen the hype, and now I’m here to confirm the exciting news. You — yes, you — are going to help Big League Cards select the Mount Rushmore of Sports Card Industry Icons, and Inside the Pack will be there to cover the process every step of the way.

In the course of the last week, we have received some incredible nominations that will make for some phenomenal inductees. But the exciting news is that nominations are still open. That’s right — you can nominate your favorite sports card industry icon or icons for inclusion on Mount Rushmore. How? Any number of ways:

Even if your favorite contender has already been nominated, or if you think your favorite contender is a certainty for election, you should still give us your thoughts about the four people who most deserve to be enshrined. That’s because if your submission matches the list of the final four inductees, your name will be entered into a drawing to win $100 in sealed wax from Big League Cards!

Official voting will end on December 31st. On January 7th, with the results of the voting compiled, the four trading card titans — colossuses of cardboard — somebodies of sports cards — will be revealed, and the Mount Rushmore of Sports Industry Icons will be forever established. Stay tuned for more information, and be sure to get your nominations in!