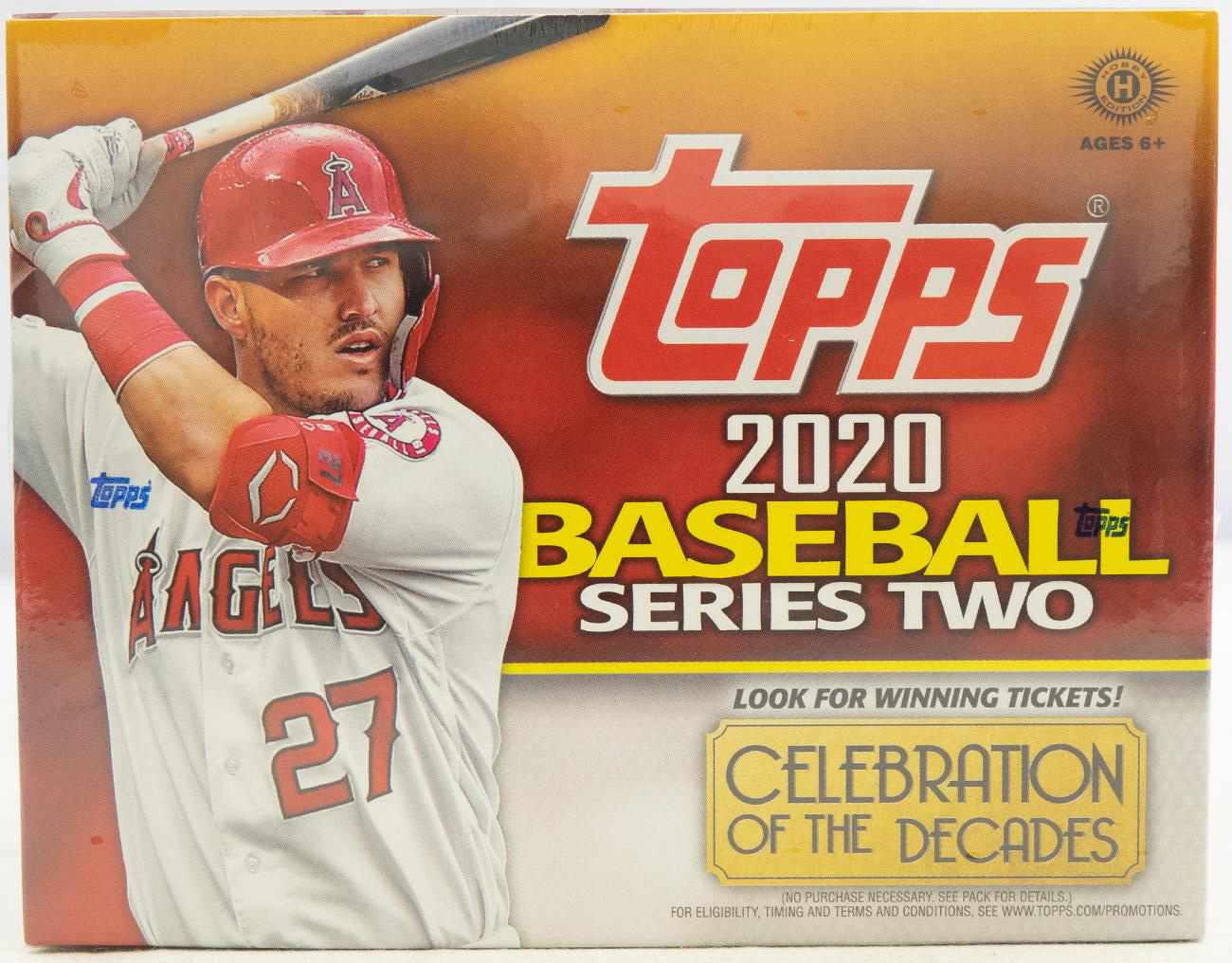 When it comes to Topps flagship products, I’m usually not a big Series 2 guy. Series 1 is always a no-brainer because it’s the first big release of the year, and Update is usually an easy one to talk myself into because of all of the rookie cards that make their way into the product. Series 2 usually finds itself without an identity for me — not enough rookies, not enough excitement.

This year, however, I decided to open some, because I don’t anticipate Update having many rookie cards due to the late-starting baseball season. Like I did with Bowman this year, I went the retail route, opting for tougher odds on big hits in exchange for the lower price point and more packs to open.

I pre-ordered 7 blaster boxes from Walmart and received them about a week after release date. Blaster boxes, as usual, come with a “manufactured relic.” Typically this is a heavy metallic logo or something, and I generally don’t care very much for them. This Series 2’s relic, however, is pretty cool. Called a “player medallion,” the card contains a heavy coin-like object embedded in the card, with the player’s headshot emblazoned in full color on it. This was one of the first manufactured relics I recall actually liking. 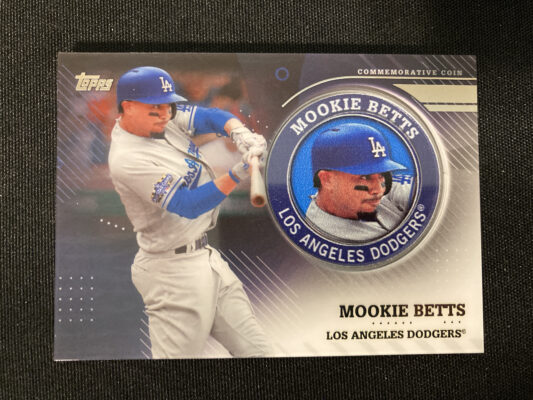 The lack of exciting rookie cards in Series 2 holds true, with one big exception: Luis Robert. The White Sox phenom has his first regular issue flagship card in this product, and with cards selling for between $15 and $20, hitting one essentially covers the cost of the box. I got 3 across my 7 boxes.

As has become standard for Series 2 in particular, photo variation shortprints abound. I didn’t receive any super shortprints, but I did pull SPs of Elvis Andrus, Blake Snell, and Trey Mancini, as well as a legends card of Gary Carter. Other parallels I received were quite limited — I got a Throwback variation of Jose Trevino #/99, and an Advanced Stat back of Clint Frazier #/300. 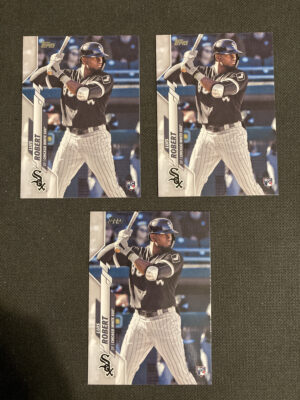 Inserts in this product aren’t very exciting. The best of the bunch is a continuation of the Decades Best insert set that began in Series 1, which I noted was one of my favorite sets in a long time. The other major insert set is a Turkey Red-style card and its Chrome parallel partners. These were very common and have a huge checklist, which leads me to wonder why Topps didn’t just make a stand-alone Turkey Red product. The Chromes are nice, but Turkey Red is a design that Topps has been trotting out over and over again over the past decade and a half. There are other really great and exciting tobacco-era sets to base card designs after!

Walmart blasters also have an exclusive unannounced insert set featuring Pete Alonso. For some reason that’s beyond me, this insert set is called “Empire State Award Winners.” Beyond being a mouthful, it seems strange to call it “Empire State” as if Topps didn’t have the right to use the name of the state “New York.” And the plural “Winners” made me think there were other players included in the set, until I discovered that all my cards were of Alonso. As a University of Florida alumnus myself who watched Alonso play for my favorite college baseball team, getting a bunch of cards of the Polar Bear didn’t bother me in the least. These cards also have blue (unnumbered) and black (#/299) parallels, which are tough to differentiate from the standard cards because of the already dark color scheme.

I’m likely to go back to skipping Series 2 next year, but this year’s product served my needs well. I opened a bunch of cards at a low price point, got some rookies, and really enjoyed the manufactured relics. I do suggest picking up a medallion relic of your favorite player because they’re really attractive. And I can’t recommend a Luis Robert rookie card enough — he’s going to be a stud!