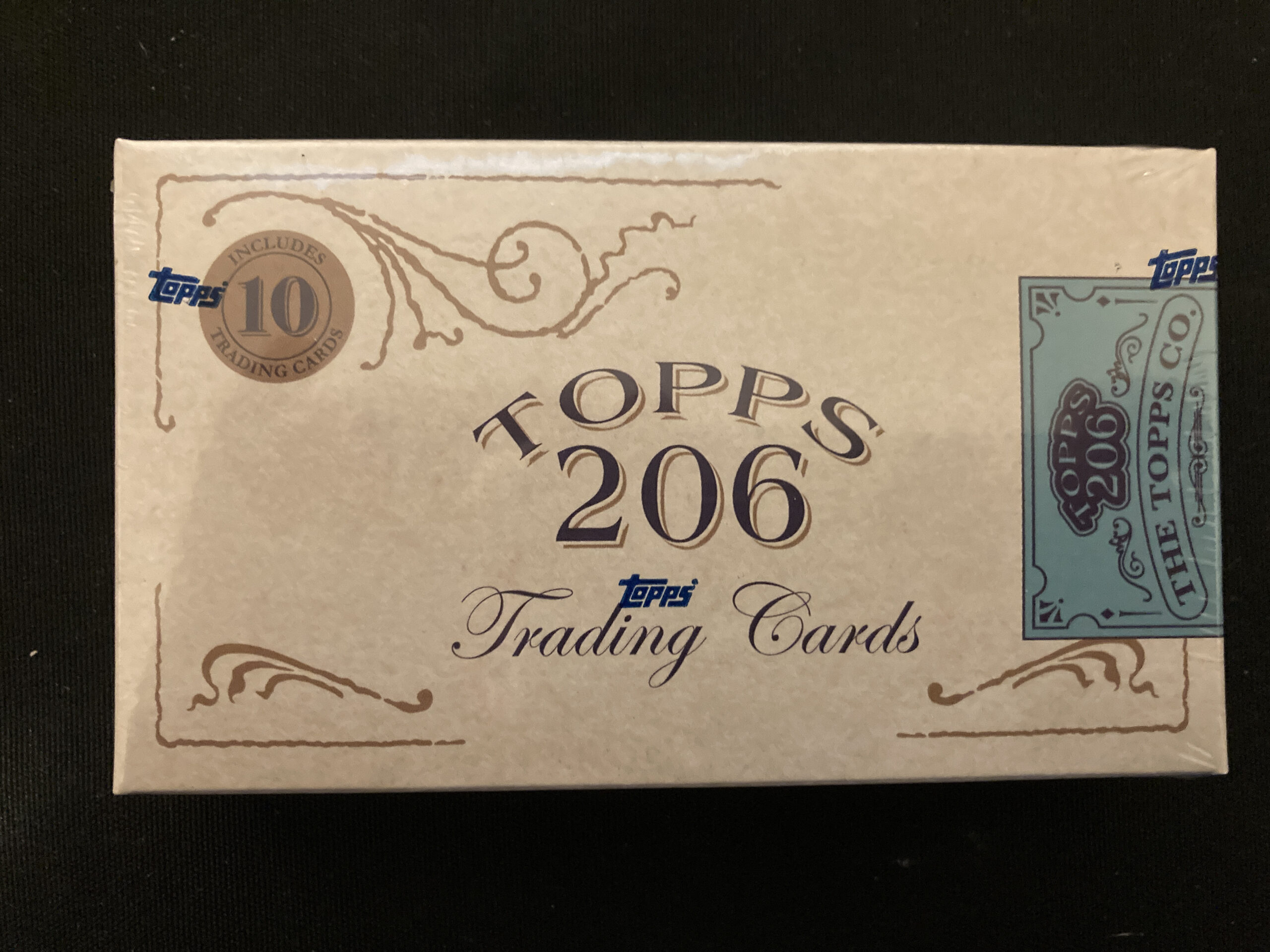 As a huge fan of the T206 tobacco cards, I’ve always been a sucker for anything that replicated them faithfully. So when Topps began teasing the Topps 206 product a few months ago, I was really intrigued. Topps has put out a 206 product twice before, in 2002 and 2010. The first release was phenomenal, with full-sized cards as well as minis and framed mini relics and autographs. The 2010 release followed the same format but was disappointing overall — in addition to the pictures looking more like photographs than artwork, Topps also added parallels like thick bronze cards, printing plates, silk cards, mini chrome cards, and non-sport historical events. The product lost the essence of the T206 spirit.

After the teasers Topps put out, I was looking forward to ripping open a few boxes. Only after about a week of promotion did Topps announce that the product would be an online-only release. There would be 5 series, and each series would include 50 base cards. The series would be available for four weeks, then the ordering window would close, with only the number of boxes ordered being printed. Each box would contain 10 cards, with a price of $14.99 per box or $274.99 for a 20-box bundle. I’m not usually a fan of online-only releases, or print-on-demand products, or of products with such a premium price point. But I’m a sucker for the T206 design, so I ordered a 20-box bundle. For a first stab at a new product during a pandemic that has altered the typical supply chain for Topps, I was impressed, but that doesn’t mean there isn’t some room for improvement.

First, the positives, which make up an overwhelming majority of my feedback:

That’s not to say my experience was free of suggested improvements. However, I think the few minor complaints I have can all be attributed to the production of a new series in the midst of a pandemic, without access to typical resources. The first thing I noticed when opening these beautiful boxes is that the mini pack is just floating around in the box, free to fly from edge to edge, which could potentially ding corners. My cards all seemed in fine shape, but a small cardboard flap holding the pack in place would be much appreciated. Also interesting was that the cards varied in length from pack to pack. Clearly they were cut in different batches. This resulted in, for example, 3 Babe Ruth cards, all with slightly different heights. The photo below shows cards from consecutive packs, unsorted, exactly as they came out of the packs. It does make me wonder how third party graders will determine if a card has been altered or trimmed.

The biggest downside to this was ship time. I had hoped to get my cards in hand in time to order the second series of the product. Unfortunately it took over a month to receive my cards, and I decided to skip ordering the second series.

That’s not to say I won’t pick up some boxes or, more likely, a complete base set of series two to go along with my series one set. Series three is still on sale and is all minor leaguers, virtually assuring it to be a hot product. That said, I do plan to hold off on buying series three until I hear if the few problems I experienced with series one have been resolved. If Topps works out those kinks, this product line is a huge winner, one they can trot out year after year.