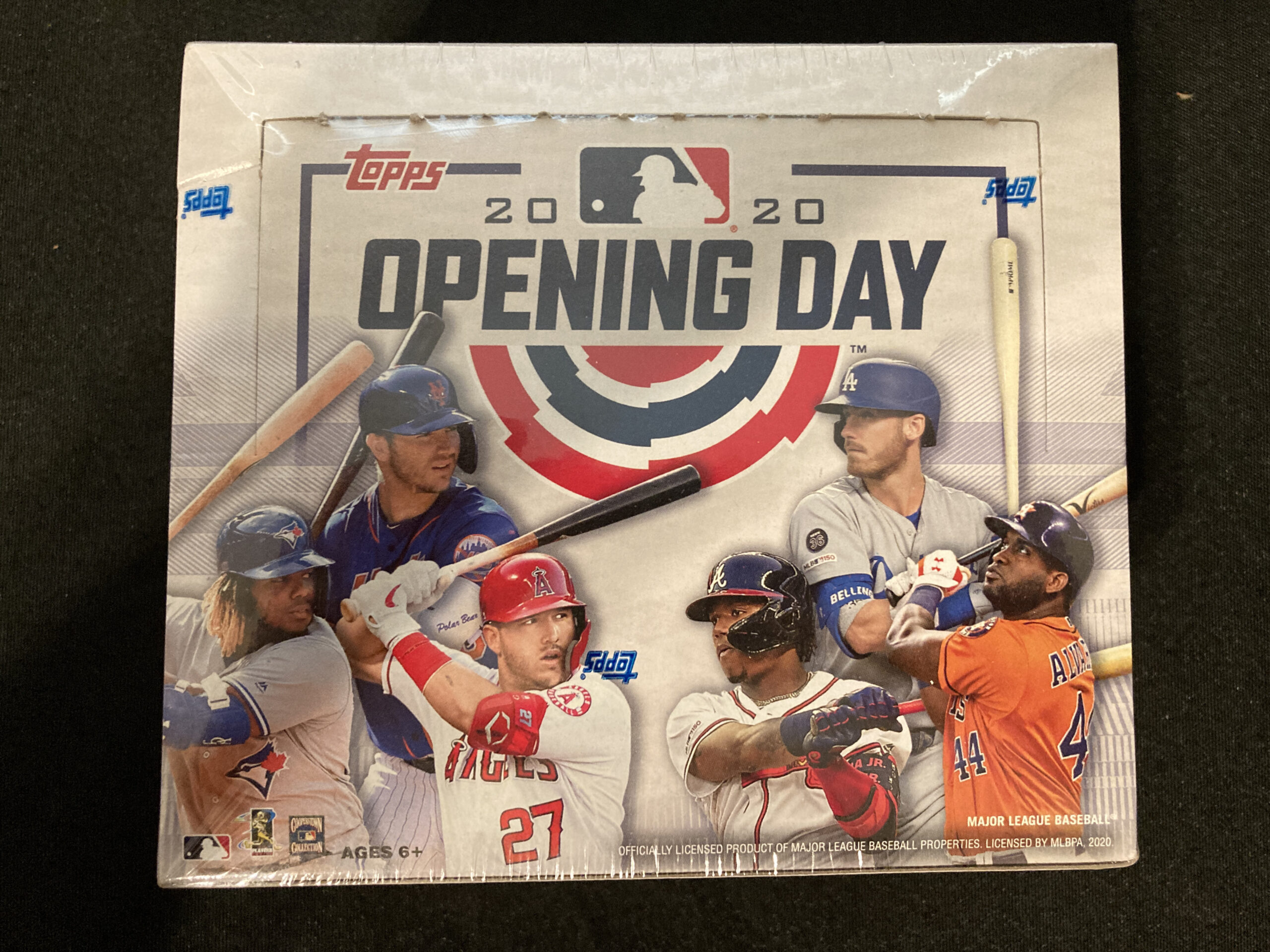 Each year, Topps releases its Opening Day product a few weeks before the start of the season. It’s the perfect way for the budget-minded collector to get in the spirit of the season. This year’s product released in March, as usual, but the season didn’t start until July due to the pandemic, so you might think that excitement would be lost. Not so at all — with an insert in every pack and a chance to pull autos, relics, and shortprints, Opening Day is a fun rip no matter what time of year it is.

Inside the box, Topps stuffs Opening Day hobby edition with 36 packs, each with 6 base cards and 1 parallel or insert. While the base set design for Opening Day mimics the flagship Topps design, the inserts are a totally separate grouping, featuring subjects like ballparks, mascots, and Spring Training feats. Parallels include a blue foil (most common), 1/1s, and image variations. This year’s product, a 200-card base set, also included a super shortprint rookie card #201 of White Sox phenom Luis Robert. With the cards that I received, I was able to build a complete base set plus a complete At The Ballpark insert set.

The most exciting cards were the Bo Bichette rookie I pulled in pack number 3 and the Spring has Sprung insert of Bichette I pulled in the next pack. Bichette is one of the Blue Jays’ best hitters, though he’s currently on the IL, and is the darling of this year’s RC class along with Luis Robert. I have been amassing a small collection of Bo’s rookies, and didn’t yet have either of these. 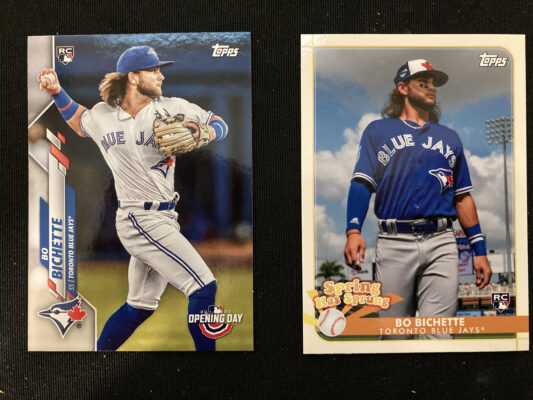 My favorite card was the Sandy Koufax Spring has Sprung insert I received in my second-to-last pack. Koufax is my favorite player and one of the few guys I PC modern cards of, and never in a million years did I expect he’d even have a card in this product. 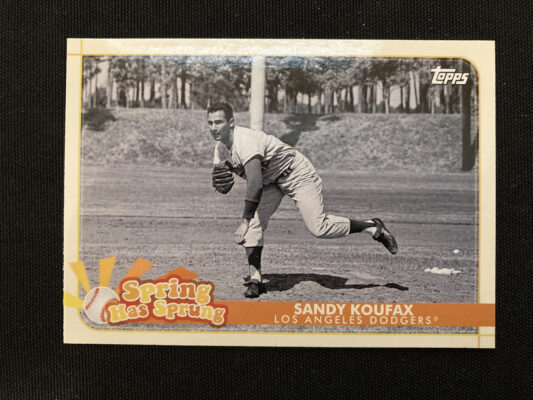 The card I’ll tuck away is the blue foil Nico Hoerner RC. Hoerner made his debut last season and has seen limited action this year with mixed results, but is young and likely a major part of the future in Chicago. I suspect this card will increase in value at some point in the future. 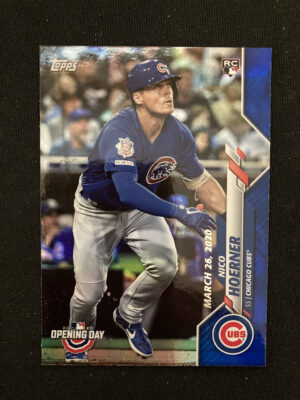 With an insert in every pack and a low price point, Opening Day is a fun product. This year’s chase for the Luis Robert SP adds to the excitement and makes Opening Day an exciting rip, even as we near the playoff push for baseball.

Note: This product was provided by Topps for my unbiased review.