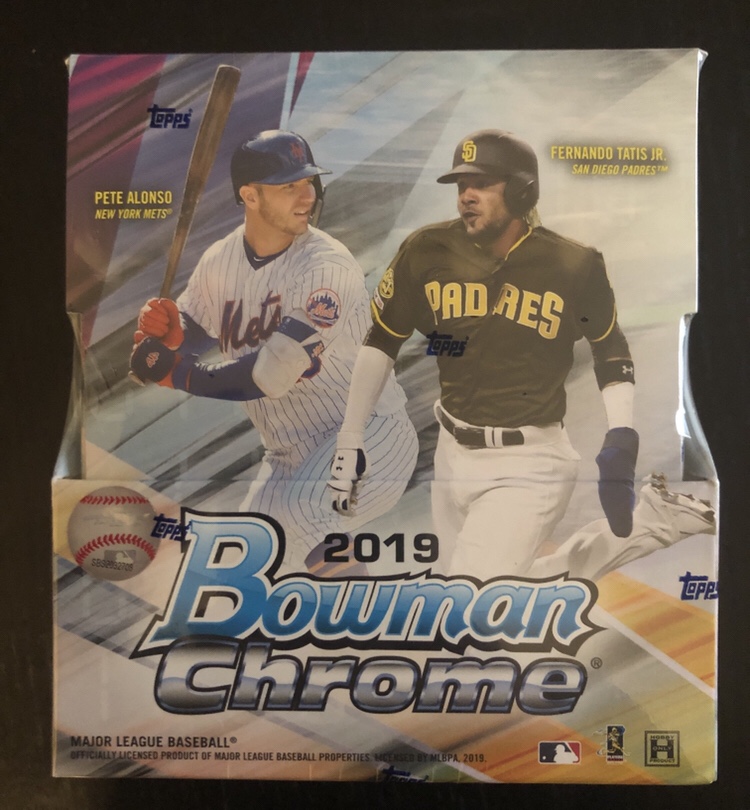 Sandwiched in the release calendar between Bowman and Bowman Draft, Bowman Chrome is a premium product that packs rookies, prospects, and stars together in an all-Chrome release. Following the format that has been in place since 2016, the 2019 edition of Bowman Chrome contains two mini-boxes in each master box. A mini-box has 6 packs with 5 cards each. Each mini box is guaranteed to have an autograph.

Topps sent me a master box to review. Since the annual Bowman release came out months ago and contains Chrome prospect cards, the design was no surprise, and I stand by my assertion that this year’s design is one of the strongest in recent memory. 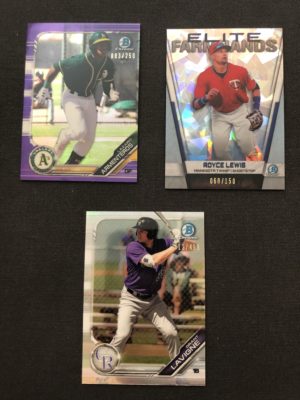 I always like the inserts in Bowman Chrome better than I like the ones in Bowman for some reason; this year is no different. The flagship Bowman gives us things like Top 100 prospects and Talent Pipeline each year, but for prospect fanatics like myself, the offerings in Bowman Chrome are usually a little more exciting. This year they include Arizona Fall League highlights, as well as cards highlighting AFL alumni in the majors right now; Elite Farmhands, focusing on the top prospects in the game; and Stat Tracker, singling out an impressive statistic for some of the game’s biggest future stars. I received two Stat Trackers, one AFL, and one Elite Farmhands in each mini-box.

Of course, refractors are a big deal for any Chrome product. With just 12 packs per master box, the opportunities for “color” aren’t as plentiful as they are in, say, a jumbo box of flagship Bowman, but you can still expect to see some shiny stuff in your packs. In my first mini-box, I received just one refractor, a Grant Lavigne card #/499. My second mini-box yielded two parallels: a purple #/250 of Lazaro Armenteros, and an xfractor #/150 of Royce Lewis. The Lewis was an Elite Farmhands insert.

As previously stated, each mini-box comes with one guaranteed autograph. Autographs are on-card, which is always a nice feature of the product. My first box yielded a Robinson Ortiz auto; Ortiz is a young lefty in the Dodgers organization who pitched in A-ball this season. My second box gave me an auto of Payton Henry, a former 6th round pick of the Brewers who set a career high in home runs this season in high-A. Both autographs were in the next-to-last pack of the mini-box. 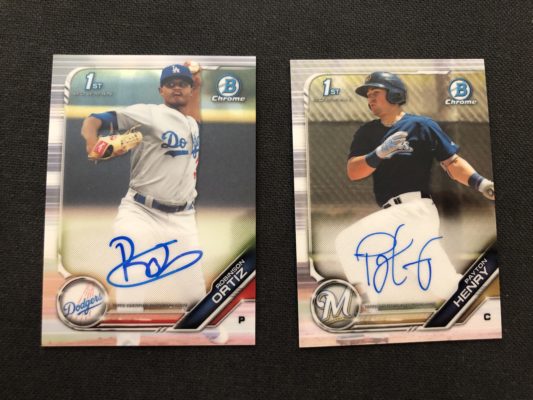 If you love prospects, Bowman products are always the highlight of the year. 2019 Bowman Chrome not only gives you prospects, but also premium Chrome base cards of MLB stars. As always, it’s a solid offering, and with the option to buy a mini-box or a master box, there’s flexibility for your budget as well. 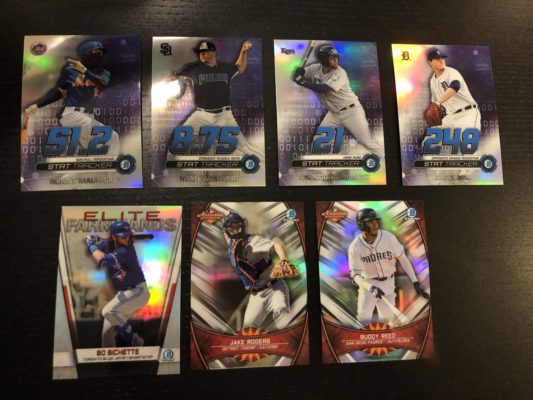