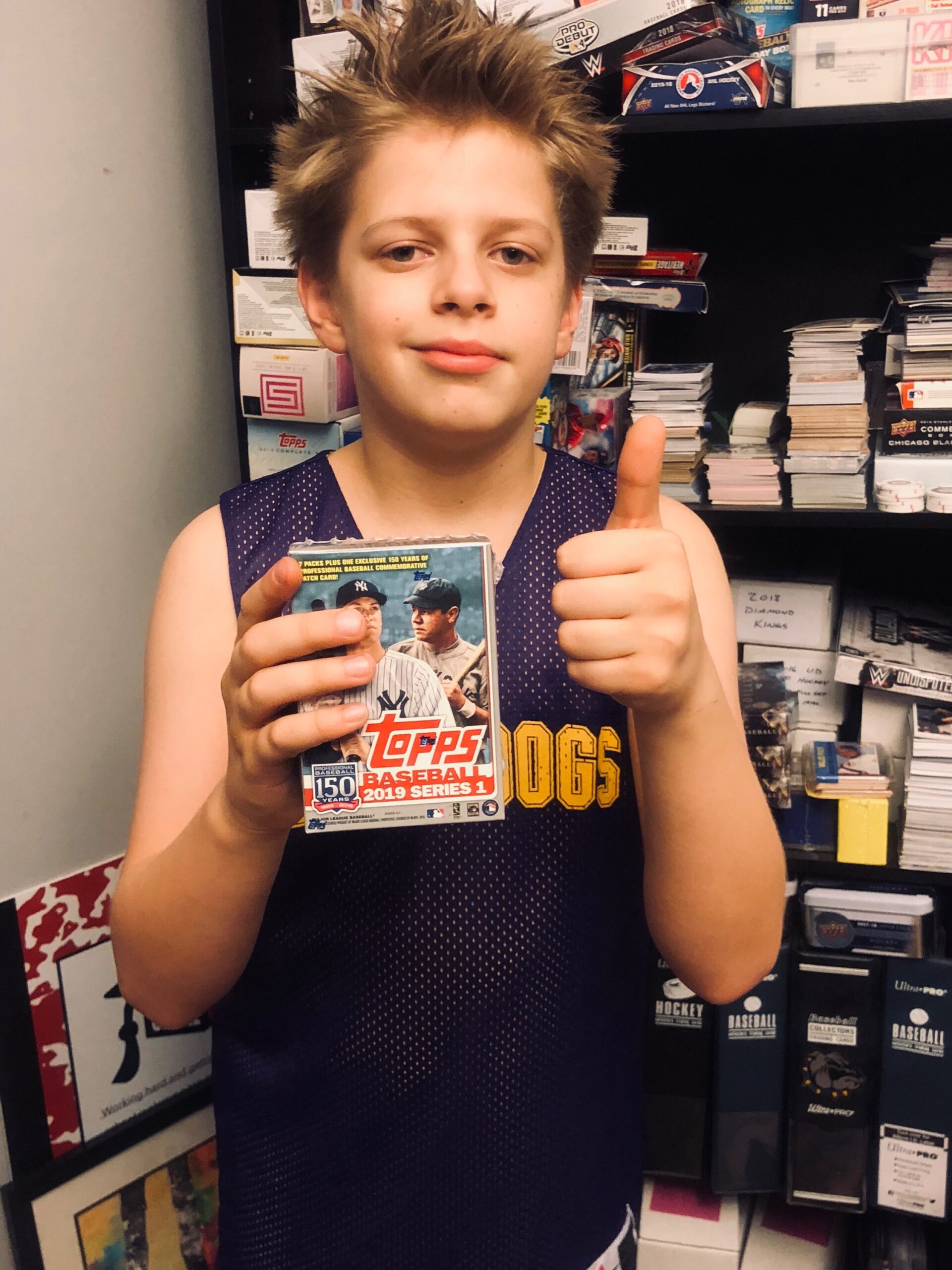 Brody The Kid here with another Blog.This month I want to talk about some more prospects, a little more about the 2019 MLB season, and discuss one of my other favorite seasons, WrestleMania season!  So, Let’s Riiippp!

Let’s look at three prospects who could be making some big impacts for their teams this upcoming season: Eloy Jimenez, Fernando Tatis, Jr. and Victor Robles. 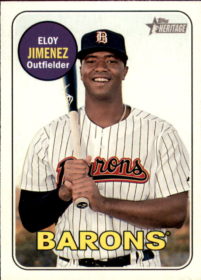 Eloy Jimenez is the top prospect for the White Sox.

He has huge power and can smash the ball! He is an outfielder and will probably come up about 20 games into the upcoming season.   You can find a lot of cards of him in the Bowman family of cards. 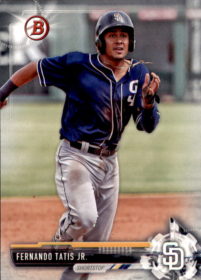 Fernando Tatis, Jr. is the MLB’s #2 prospect according to mlb.com.  He was traded to the Padres from the White Sox in 2016. Fernando plays shortstop and can crush the ball.  He is a really good fielder and is very fast.  You can find cards of him all over the Bowman sets, even back to his White Sox days.  Also check out Heritage Minors for some cool cards. 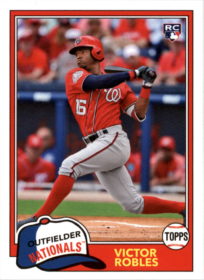 Victor Robles is the #4 prospect in the game right now according to mlb.com.  He is really quick, timed last year averaging a speed of 29.3 feet per second, that only trailed Trea Turner (30.1) in the Nationals system. That speed helps him cover a lot of ground and make nice diving plays in center field. He doesn’t have huge power but is good at getting on base where his speed will help him, too!   He should have a big year in 2019.

Now, let’s talk more about the big free agents, Manny Machado and Bruce Harper!  As I write this, they still do not have teams! The major teams as of now for Machado are the White Sox, Phillies and Padres. I still think the Yankees could be a chance, too! For Harper, the Nationals, Phillies, White Sox, Padres and Giants are all in play….and I would also think maybe the Yankees!! The latest rumors have Harper liking San Francisco or Philadelphia. (UPDATE: Machado has finally signed!  He said he would sign in early January, but I guess that was fake news! 10 years and $300 million to the Padres…. now only Harper is left!)

One last thing about this upcoming 2019 MLB season, check out my Twitter account (@BrodyTheKid1), starting 30 days before the MLB season kicks off for all the teams, for my power rankings!  I will be starting with #30 and I will reveal the next best team the following day, along with my pick for the key player for each team this year!  Check it out and let me know what you think! Do you agree or am I wrong?!

I am sure by this point you have been able to check out 2019 Topps Series 1! The cards represent the 150th Anniversary of Major League Baseball!  How cool!  I always love getting the gold versions of the cards which are numbered to 2019 this year. There are vintage stock numbered to 99 and black versions numbered to 67. There are also reprints of iconic cards from through the years, and some are numbered to 150.

WrestleMania is almost here! The latest Topps Road to WrestleMania cards are out. Old highlights from past years and old matches make up some of the base cards.   There are also base cards of individual wrestlers. If you pick up a hobby box you will get 2 hits, including 1 guaranteed autograph! Other hits include mat relics, shirt relics, printing plates, kiss cards and autographed kiss cards!!!!! Blaster boxes come with 10 packs and 1 Macho Man Tribute card, and 1 guaranteed mat relic or shirt relic.  Please check these cards out! Topps has done a great job with the cards, one of my personal favorite wrestling sets! Next month we will talk more about WrestleMania!

That wraps up this month’s blog. Hope it starts to get warm soon and everyone can go rip some packs!