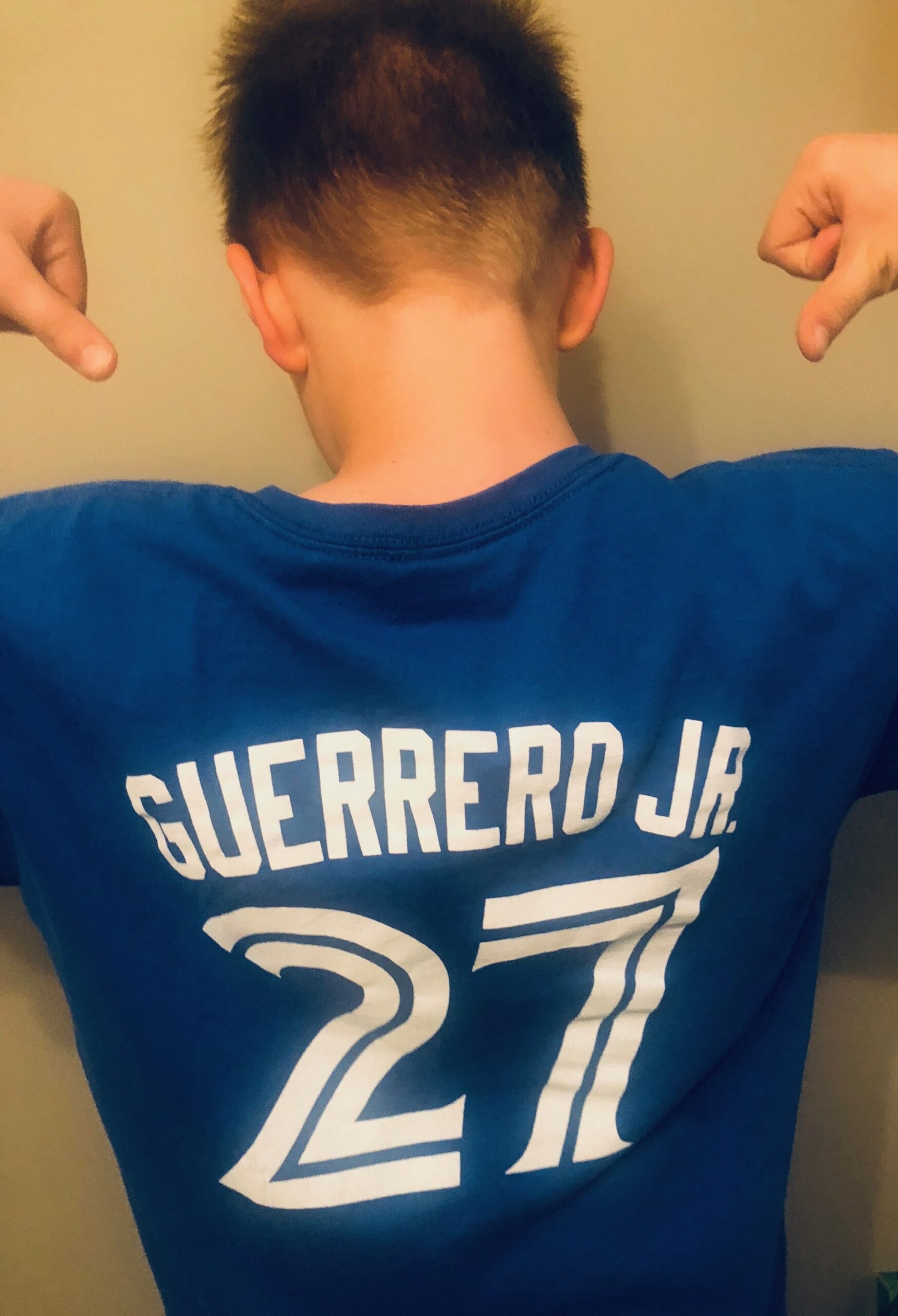 Hi guys and welcome to another edition of Riiip with BTK! This month there is a lot to talk about and I am excited baseball season is back in full swing.So, let’s start. 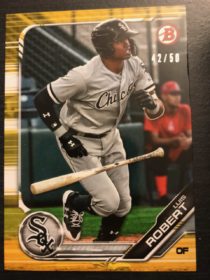 Bowman is out!!! This is the product that showcases top prospects for their first ever baseball card, plus prospects on the rise and some MLB stars!  The cover of the box features 2 of my favorite prospects, Vladimir Guerrero, Jr., and Eloy Jimenez. Bowman can be found at your LCS or retail versions at Target or Walmart. There are a lot of inserts including autographs found in this product. I broke a blaster box on release day and my favorite card was a Luis Robert gold numbered to /50. 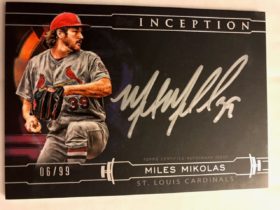 Topps Inception has also come out!  Inception is one of my favorite MLB products for many reasons. First the autograph cards are very nice and so are the autograph relics. Second, the base cards are really good looking and the design stands out. Also, it is not very expensive for a very nice product on a thick card stock. You can get a box for around $60 and it guarantees you an autograph and two base parallels. I have opened two boxes and my favorite card was a Miles Mikolas Inception Silver Signings auto numbered to /99. 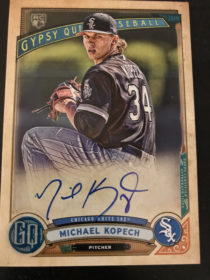 We’ve also had Gypsy Queen come out!  Gypsy Queen is a good product. I love retail for this brand because the autos are not too rare. Also, there are 5-7 green parallels in a box. Hobby boxes are also a fun option because you get 2 autos and the 3 Chrome box toppers are really nice! There are also the usual missing name plate variations and SPs of former players. I’ve opened a few blasters and some hobby packs, and my favorite cards so far have been a Michael Kopech auto (Go Sox!) and a Roger Maris missing nameplate SP. I definitely recommend picking some up this year. Nice cards and some cool pictures this season as well! 😊

The MLB season is underway, and something is weird about this season. The Red Sox, defending World Series champions and the #3 team in my preseason power rankings are under .500 and have not been playing good. Chris Sale signed a huge extension before the season, and he hasn’t been pitching very well.  We will have to watch this and see if this continues.

The day is here!!!  Vladimir Guerrero, Jr., is coming up and is supposed to steal the show and win Rookie of the Year, and some people think could be in the MVP race!  I believe Vladdy Jr. WILL win the ROY, WILL be in the All Star Game and WILL finish in the running for MVP…. I can’t wait to watch and see how he does.

Last thing for this blog I want to mention is something that happened in the past couple weeks. Chet Coppock was in a car accident while on vacation and passed away about a week later from his injuries. I just want to remind you some of the things he did in his 70-year lifespan. Chet interviewed many, many famous sports players including Michael Jordan and was known as “The Godfather of Sports Talk Radio”. Chet was an inspiration for many of today’s sports writers and sports reporters. Mr. Coppock was one of the most fascinating and inspiring people I ever met.  I was able to interview him a few months ago and you can read some of the highlights in my January blog. I was very sad to hear about his passing and I wanted to share that with all of you so that you can know how special of a person he was.

That wraps up this month’s Riiip with Brody the Kid blog!  See you next month.