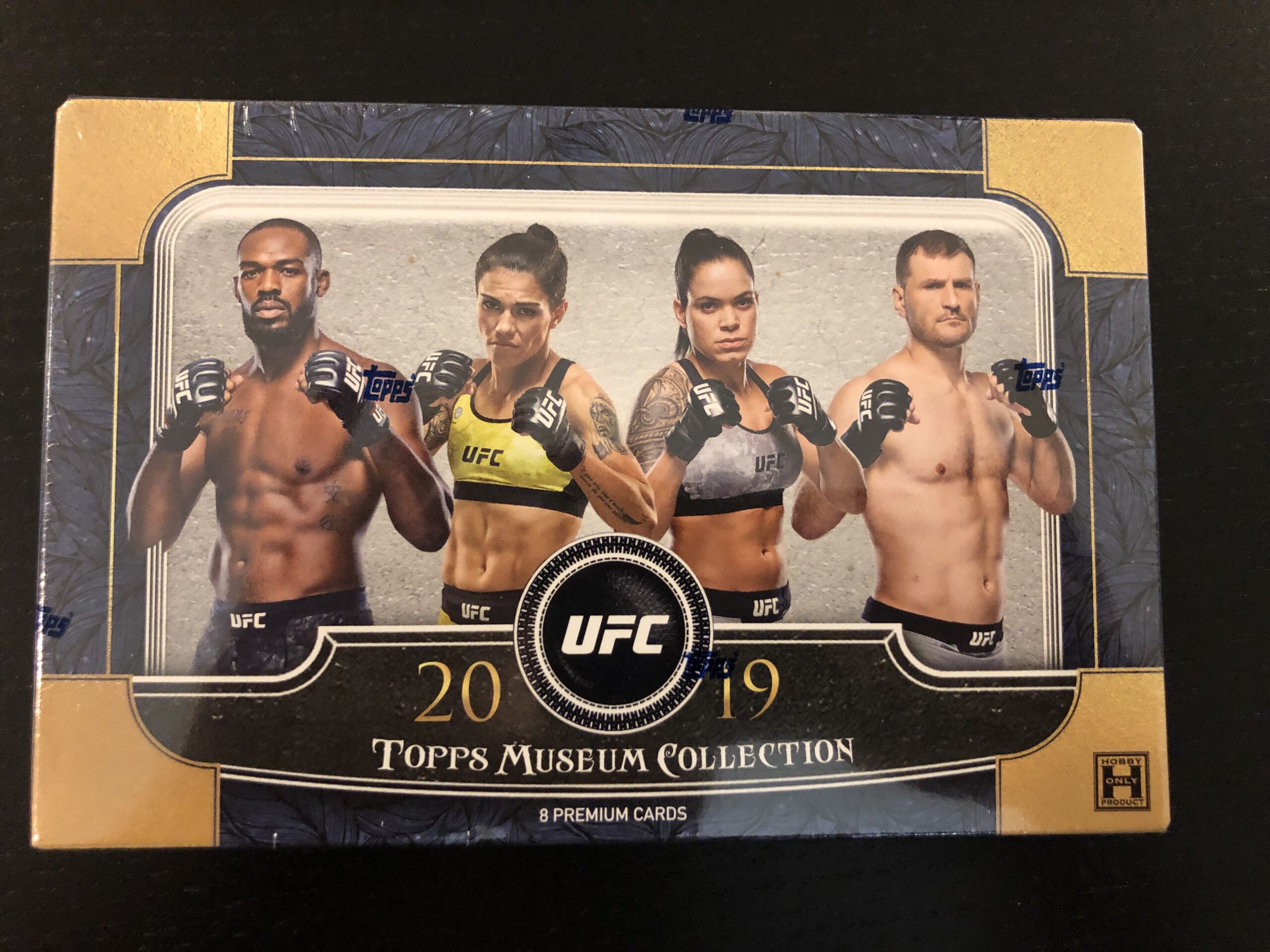 A higher-end product with beautiful base cards and 3 hits per box, 2019 Topps UFC Museum Collection packs a punch at a fair price point that should interest any MMA fan.

Topps sent me a box of UFC Museum to review. Boxes have one single pack with just 8 cards, but of those 8 cards, just 3 are base cards. Even the base cards, though, are really attractive. They have a holofoil finish similar to the Triple Threads baseball base cards. The finish makes the cards look and feel like a truly premium product, even though the price per box is extremely fair. (This does make me wonder why the same finish isn’t used on the baseball version of Museum Collection.) 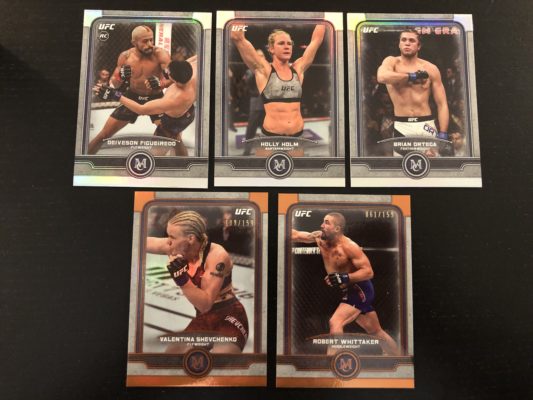 The base cards are the first cards on the top of the pack, so it’s all fun after those. They are followed by two parallel cards, which come in copper (/159), gold (/75), sapphire (/25), ruby (/8), and emerald (/1) varieties. Both of my parallels were copper, in which the silver holofoil on the corners and border of the card is subbed out for a copper finish. 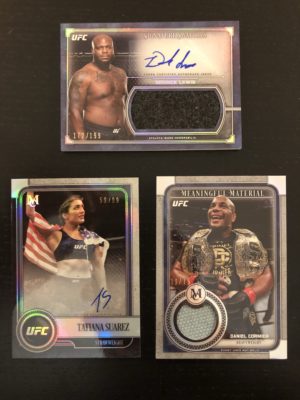 Following the base and the parallels, the hits round out the pack. Every box is guaranteed to have two autographs and a relic. My first hit was a Signature Swatches auto/jumbo relic of Derrick Lewis #/199. This card was a sticker auto, which I was a little disappointed with as it seemed to me that a signature would look really great against that holofoil background. My dreams came true on the next card, an on card Tatiana Suarez autograph #/99. (My initial thoughts were correct — the signature does look great on the holofoil.) My final hit was a mat relic of Daniel Cormier #/75. Cormier is one of the most accomplished fighters in UFC history, so a relic card of his was a nice way to finish off the pack.

It’s tough to compare this version of Museum with the baseball iteration; as mentioned before, the base cards are totally different (and, in my opinion, more attractive) in the UFC version. But, the baseball version has 4 mini-boxes per hobby box, and each mini-box has a hit. This product packs out with just the single pack, making for a swifter resolution to the anticipation of opening the box. The products do have slightly similar designs and the same names for insert sets, but truthfully this felt like its own product altogether given the finish on the cards. In my mind, this product dresses up the Museum Collection line, and I hope that the baseball versions follow suit in the future.