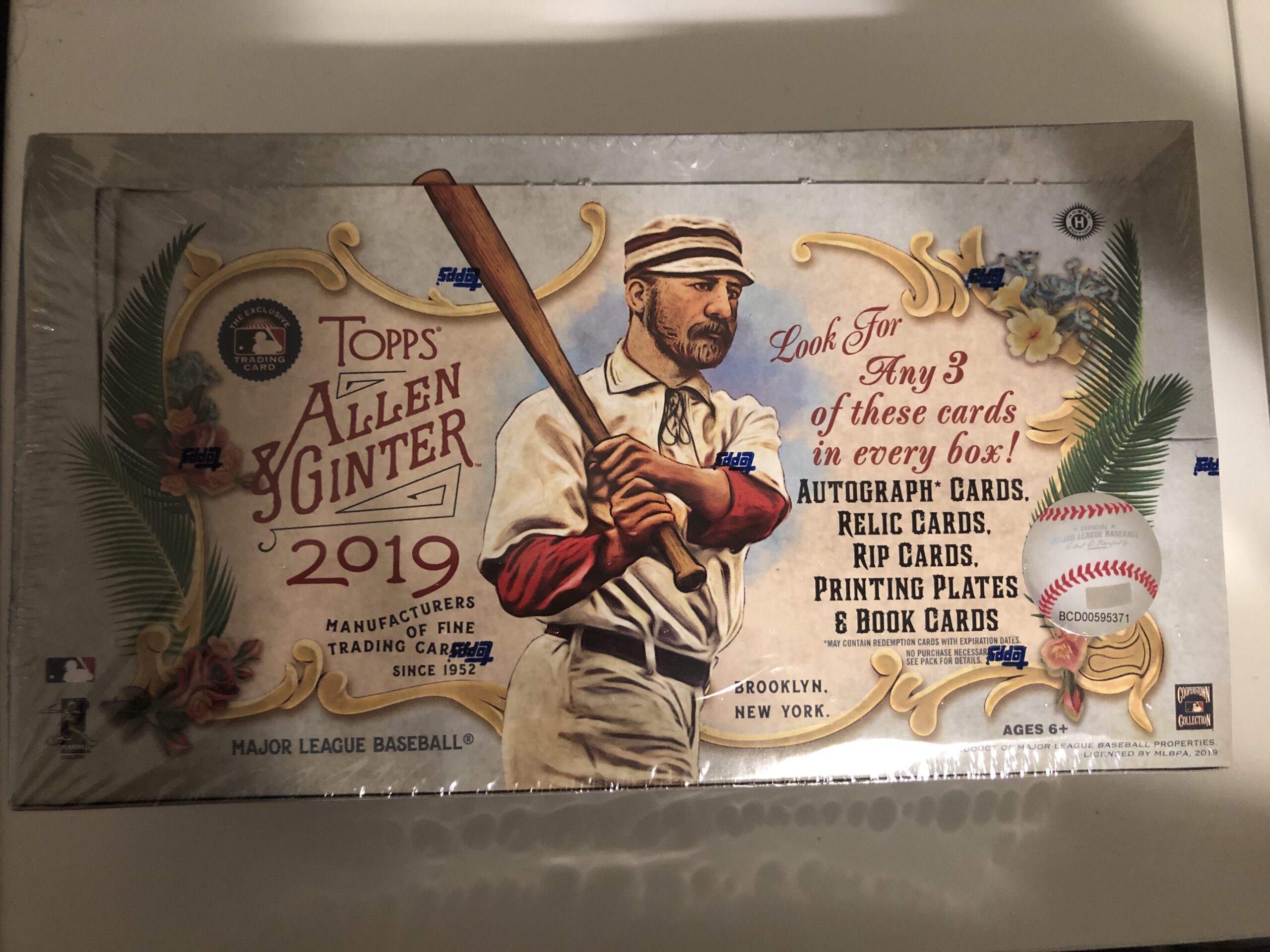 Since its first run in 2006, Topps’s Allen and Ginter product line has been a favorite of collectors. Loaded with baseball stars past and present with a flair for the weird and abnormal, A&G has something for everyone.

Topps sent me a box of Ginter to review and it did not disappoint. In addition to 3 hits, each box has a box topper of some kind. I received a jumbo Cabinet card of Bryce Harper. The design of these is stellar this year. At the local card shop, we saw a Cabinet autograph of Mike Trout pulled. We also saw a new inclusion this year — box topper rip cards. These behemoths have 3 special mini cards inside, should you choose to rip them open. There are also N43 cards, cards just slightly larger than a standard card, which have been a staple of the product on and off since its inception.

From the minute I opened my first pack, I knew there was something special about this box. That’s because my first pack had no base cards. Instead, they were all replaced with gold-border parallels. That meant I got a hot box. There’s no official insertion rate for hot boxes, but they typically have more than the stated 3 hits, and all the base cards contain gold borders. In all, I received 130 gold border parallels. These cards are beautiful and pictures don’t do them justice, because the gold shines when you catch the light correctly.

Minis are a mainstay of Ginter each year. I didn’t get any exciting variations, but I did get several A&G Ad Backs and a few black borders. This year, the retail version contains gold border minis to match the gold border base cards I got.

Another feature of Allen and Ginter is the wacky insert sets. I enjoyed the Dreams of Blue Ribbons mini set the most — I got a hot dog eating card, and that’s just plain neat. More standard insert sets include Ginter Greats and Baseball Star Signs, the latter of which combines astrology with baseball.

As I mentioned earlier, each box is guaranteed to have 3 hits. I got my first 3 hits in rapid succession — my Justin Verlander framed mini relic, followed by my Ozzie Albies and Chris Archer full-sized jersey relics, all came in the first 10 packs. Ginter is always an enjoyable product to open, and it’s a product that even non-collectors get into. This year’s edition has a lot of neat twists and is loaded with fun inserts to make your box break interesting. Grab a box and hopefully yours, like mine, will be a hot one.