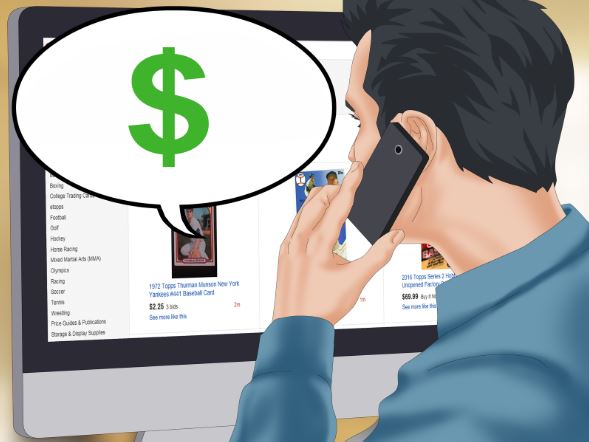 In light of the upcoming National Sports Collectors Convention, I started thinking about my least favorite aspect of collecting: negotiating. Whether I’m on the buying end or the selling end, I hate it. It wears me out emotionally. That being said, the fact of the matter is that it’s a given in this industry, and I’ve learned to deal with it as best as I can. Here are some helpful tips for your inevitable negotiations, whether you’re the one spending money or receiving it.

I know this sounds like a kindergarten rule, but it always amazes me how few people actually follow this rule when buying and selling. As a seller, I know that I am more inclined to give a discount to someone who is polite and courteous. I’ve had customers block other customers from getting to boxes (which isn’t just rude, but also prevents me from making more sales), and then expect me to treat them like solid gold. I also have customers who talk to me and get to know me, and just hand me the cards without asking for a discount. I am very unlikely to give the first kind of customer, whereas I’ll give a discount to the second type, even without being prompted to do so.

As a buyer, I know many other sellers feel the same way I do. I go out of my way to be nice, not just to the dealer but to other customers who may be around. I find that most dealers appreciate this the way I do, and are more inclined to work with me on a price.

Understand the other side’s position.

As a seller, I know what I have into a card and what I need to get out of it. I don’t have huge margins, but if someone spends an hour at my table and finds a couple hundred cards, I’m willing to slash my margins even less because they invested a lot of time looking through my stuff instead of someone else’s. Additionally, if I know someone is buying a large lot of cards to resell, I know that they have to have room to make money themselves, so I’m willing to take a little less to move a lot of product in one fell swoop.

However, many buyers don’t consider the circumstances for the seller. When you buy a card, you’re also buying the dealer’s time — time spend sourcing the item, pricing the item, and driving to and from (and being at) the show. Baseball cards aren’t out there for pennies on the dollar; if they were, everyone would be buying to resell. It’s likely the seller has some wiggle room in the price, but not an inordinate amount. Which brings up the next point…

It’s important as a buyer to understand this kind of thinking. If, as a buyer, you run across a dealer whose prices are way too high — so high that you’re only wanting to pay 50% of what he’s asking — you’re better off walking away. Otherwise, you’re wasting your time and the dealer’s time. If they’re closer to what you want to pay, don’t be afraid to make a reasonable offer. Remember, if you’re polite while doing it, the dealer is much more likely to say yes!