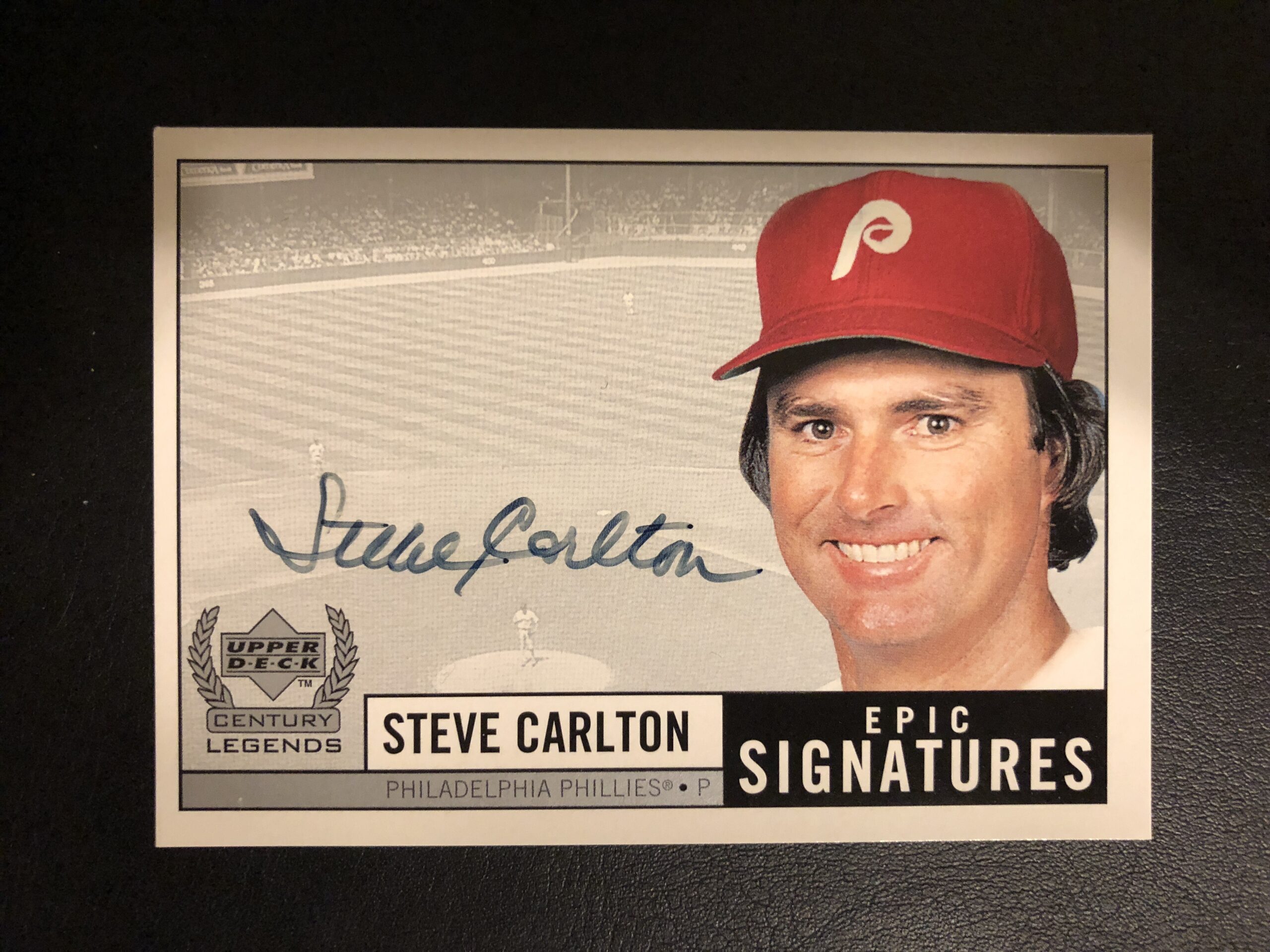 My great-grandmother (Bubbie) lived in Brooklyn, in a brownstone off Coney Island Avenue. She used to visit us in Florida every year for my birthday, taking the Amtrak train all the way down just to see me for a few days. But as she got older, travel got harder, and in the summer of 1996, I boarded my first airplane and, with my parents, went to visit her in New York.

As I wrote in a previous blog post, 1996 was when I first started collecting cards. Even still, I was so excited when I discovered that within walking distance of my Bubbie’s apartment were TWO baseball card shops! Of course Bubbie was familiar with baseball cards; I think most people are, but especially people who had children and grandchildren growing up in New York in the 1950s and 1960s. But in her mind, “bubble gum cards” were just little cardboard photos that people used to stick in their bike spokes. How could there be even one shop selling nothing but cards, let alone two?

She went with me to the baseball card shop nearest to her house. It was a small place but even at 9 years old I could tell she was overwhelmed. Autographs and memorabilia dotted the walls and sat in cases. There were binders full of cards, sorted by team. And there were some shiny insert and premium cards. I got to explain to my Bubbie what everything was, and why it had a value. I left the shop that day with some Marlins insert cards that my Bubbie bought me; she left the shop that day with an education she didn’t know she wanted or needed.

But as we all know, the industry changed rapidly even in just those short years at the end of the 90s. The next — and second-to-last — time my Bubbie came down to Florida to visit was 1999. And my Bubbie, the wonderful person that she was, wanted to take me to my local baseball card store to buy me $10 worth of cards.

If she was wowed in the card shop in 1996, she had no idea what hit her in 1999. There were graded cards, autographed cards, relic cards, and sealed boxes carrying a hefty premium. I got to explaining. She asked me if I had each item I showed her. Yes, I had a few graded cards, and yes, I had a few relic cards, but when it came to autographed cards, I only had the cards I had gotten signed by players at games.

I told her that I could buy an autographed card there in the store; they had dozens, but not anyone I was interested in, or at least not for a price I was interested in (I remember there was a 1998 SP Chirography autograph of Gary Sheffield, my favorite childhood player, but by 1999 he had been traded, and the price of the card was definitely upwards of $25).

“Well, can you get them from packs?” she inquired. “I know you like to open packs.”

Since I was still a kid, I mostly opened packs of Topps and Bowman, sets I could complete, and not higher-end products. With the help of the shop owner, I explained that most of the cheaper packs were nearly impossible to pull an autograph from. So she did something that was unfathomable to my 12-year-old mind: she suggested I get a more expensive pack.

I had been intrigued by the 1999 Upper Deck Century Legends set for some time. It was the first set I remember that had modern players and Hall of Famers mixed together in the set. And there was one autograph per 24-pack box. But at $5 per 5-card pack, it cost almost 4 times more than a Topps hobby pack, or the same amount as a 40-card Topps jumbo pack. I bought one pack, and filled out the rest of my $10 allowance with a few packs of Topps.

I ripped open my Century Legends pack and there, sandwiched between a few foil cards in the middle of the pack, I saw a white-bordered card. I slid the base cards off the top to reveal an Epic Signatures on card autograph of Steve Carlton. My first autograph card, of a Hall of Famer. And not just any Hall of Famer — one of my favorites, because his nickname was “Lefty” and I’m a proud southpaw myself.

I turned to my Bubbie and I could see the excitement in her eyes. “See? I told you!” she gushed. “Is he good? Do you like him?” In my elation, I had forgotten that she had no idea who Steve Carlton was. Her thrill was seeing me happy. Now my thrill is owning this card, one of the few I can say I’ll own until the day I die.