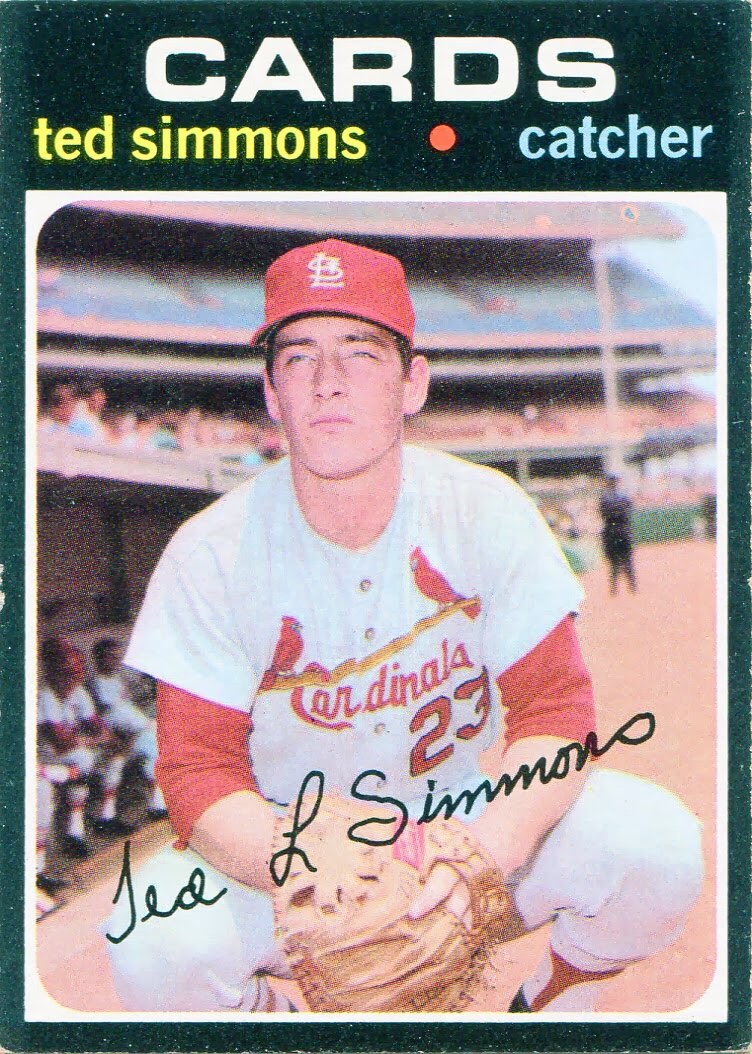 Earlier this month, 16 men huddled together and changed the legacies of Marvin Miller and Ted Simmons forever, when the Modern Baseball Era Committee voted to elect both to the Hall of Fame. This election had quite an interesting ripple effect in our hobby: it sent prices for rookie cards of both soaring. 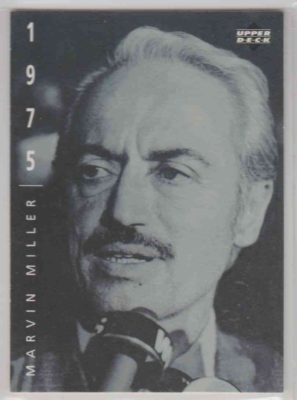 In many ways, this was a perfect storm. Miller was not a player, and as I’ve written about in the past, he does not have a lot of cards due to his tense relationship with the powers-that-be in baseball. His “rookie card,” for all intents and purposes, appears in the 1994 Upper Deck Ken Burns Baseball American Epic box set. The set is a junk era invention, and Miller’s card was likely found in quarter boxes with the sealed set selling for less than $10. After his induction, Miller’s card shot up to $20, with a PSA 10 example selling for a whopping $250.

Simmons had a different situation impacting his rookie card: it’s found in the 1971 Topps black border set, a difficult issue to find in high grade. Combine that with the fact that few people anticipated his election, and voila! You have high demand for rookies out of thin air. Raw Simmons rookies were selling for a buck or two before his induction, but have soared to the $8-$10 range for mid grade and even higher for high grade examples.

I won’t lie to you when I say that I anticipated both elections, and had been stockpiling both Miller and Simmons cards for a few months. This resulted in a nice little payoff.

Investing in prospect rookie cards is a risky gambit, but one that can pay huge dividends. As we are seeing with Miller and Simmons, the upside can be just as high with Hall of Fame inductees, but there is a much safer floor. While it costs a decent amount to buy into a prospect’s rookie card, buying into these “veteran” rookies is much cheaper. What’s more, if the prospect fails, or doesn’t hit his ceiling, you are out most of your investment; with the veterans, the card values are what they are because of their career, and are unlikely to drop if they don’t achieve enshrinement in the Hall.

If you’d like to join the fun of investing in future Hall of Famers, you can take a look at the committees over the next few years and play a guessing game. As the votes grow nearer, the guesses become more crystallized; this is because a lot of the results are impacted by who is on the committee. Last year, Harold Baines was inducted despite being one of the poorest choices on the ballot, but the election committee was filled with former teammates and coaches an GMs, which played to his advantage. The committee members are not revealed until close to voting time, so this far in advance, it’s simply a matter of making educated guesses as best as we can.

Next year’s vote is the Golden Days Committee, focusing on players whose careers mostly fell between 1950 and 1969. The ballot won’t be released until late next year, but we can make fairly educated guesses as to who will appear on it. Based on the presumptive nominees, here are three players I feel warrant investment, and two players who I feel don’t.