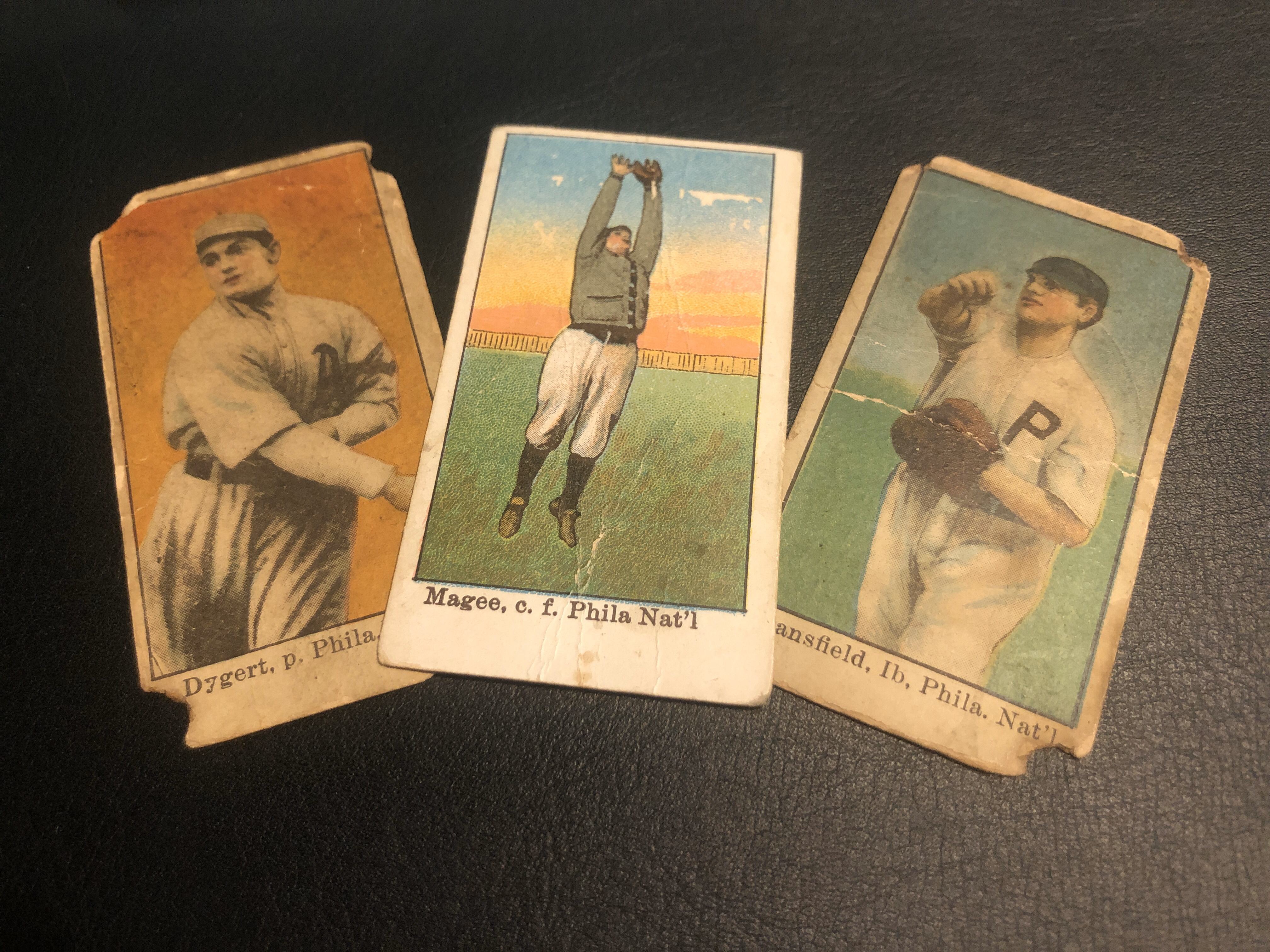 So, you’d like to start a vintage baseball card collection but you’re not sure where to start. Maybe you’ve seen some prices of big stars and thought that there’s no way you could ever afford to enter that realm. If that’s the case, I’ve got some good news for you — you’re wrong. This blog post will run down some ways to venture into collecting vintage cards without putting too much of a dent in your budget.

Last week, I mentioned that it’s important to have a focus (or a few foci) for your collection. I can’t decide that for you or know what direction you’ll take your collection. But no matter what that direction is, there are ways to make it more affordable. One quite obvious way is to compromise on condition. A while back, I wrote about buying the card, not the holder, and that’s something you should keep in mind when embarking on your vintage journey. It’s important to note, too, that different aesthetics please people differently. For example, I hate cards that are off-center, but I don’t mind soft corners, and if it helps me get a card I like the looks of, I don’t mind writing or paper loss on the back. Other people don’t mind poor centering if the edges and corners are crisp. It’s totally up to you, but figuring out your condition tolerance will go a long way toward getting good prices.

Another way to get affordable cards of the players you want is to stray a little further from a mainstream standard card. Everyone knows that from 1952 forward, Topps reigns supreme. A player’s base Topps card (and, for the years before that, Bowman card) will, in most cases, be the most desirable issue. If your player has another card in the set besides his main card — for example, league leaders, combos, or All Star cards — those generally represent a cost savings over the base card. You can get league leaders cards with multiple Hall of Famers, including Mickey Mantle or Hank Aaron or Roberto Clemente, for $5-$10 a piece. Insert cards, like the Game, Deckle Edge, Stamps, and Embossed inserts from the 60s, are also a good deal cheaper than the player’s base Topps card.

If you decide to go down the pre-war path for your collection, there are some ways to save there, too. In the pre-Topps days, there were some big national card brands, primarily Goudey and Play Ball. Some other issues, like Batter-Ups, some Goudey premiums (as opposed to the cards), and assorted issues from Europe can be much more affordable. Venturing even earlier, most collectors know the T206 tobacco cards as the most desirable cards of the early 1900s. While any star or Hall of Fame cards from this era will be pricey, you can save some money with some less popular cards, many of which may be even rarer than those mentioned.

Some tobacco sets are cheaper than the T206s. T205 gold borders have been gaining in popularity lately, but are generally a touch under the price for T206 cards. T207 brown backgrounds are cheaper overall, but don’t have the player selection that the previous two offer. In place of tobacco cards, you could explore caramel cards, which are catalogued starting with an E. Though still costly, they will generally represent a small savings over the T206 cards, while looking just as attractive. The real money saver, though, is with strip cards, categorized with a W prefix. Strip cards generally have cruder drawings than the caramel or tobacco cards, and rather than being factory cut were made to be ripped or cut from a long strip (hence the name). These elements, along with a blank back, make strip cards very affordable when compared to their counterparts. A low grade Ty Cobb T206 May run you in the $1,000-$1,200 range, while a low grade caramel card might be in the $900-$1,000 range. You could pick up a low grade strip card of Cobb in the $200-$400 range — a much more palatable price point.

Don’t let the eye-popping prices you see on vintage cards steer you away from collecting older cards. With a little determination and some compromise, you can add affordable cards of some of the sport’s greatest stars to your collection for a fraction of the cost.