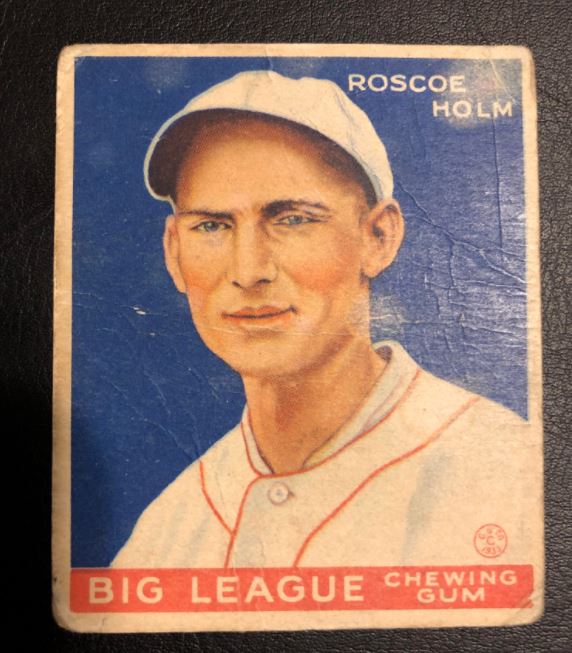 When I started collecting baseball cards, my personal collection was just “baseball cards”. In my 9-year-old brain, that was a sufficient collection. After some time I started to focus on Florida Marlins cards, but, since they weren’t around until 1993, and there weren’t a slew of parallels and autographs and relics and inserts in those days, it didn’t take long before I had every Marlins card there was.

I somewhat half-heartedly turned my attention to “cool stuff”. I would pick up a 1933 Goudey card because it was old, or a bat relic card because that was brand new. This changed for the better when I visited a card shop while on vacation in California when I was 14. I couldn’t wait to go to a baseball card store, but the nearest one was closed on Sunday, the only day I could make it. My aunt called and the owner agreed to open the shop just for me. I wish I remembered the shop or the owner’s name, because that day was incredibly impactful for me.

Showing some of the attributes I wrote about in my first blog post, What Makes a Good Card Shop?, the owner talked to me and got to know my interests. The problem was that I didn’t really have any interests. When he asked what I collected, I told him: “I have a 1933 Goudey card, and a ton of Marlins cards, and some relic cards, and some vintage cards of Hall of Famers, and…”

He stopped me. He asked me what things I liked. At that time, I was interested in Jewish baseball players and rookie cards, and I told him so. His simple response said it all: “Then collect that. Always collect what you love.“

Explaining to him I simply didn’t have enough money at the time to afford real cards of guys like Sandy Koufax, or of Hall of Fame rookie cards, he gave me another bit of sage advice: “Then come as close as you can, and save up until you can afford them.” I left his shop that day with a handful of more recent Sandy Koufax cards, but most importantly, I left with a 1961 Topps Carl Yastrzemski, which was the start to my new collection: second year cards of Hall of Famers. Over the next few years, I’d acquire Hall of Fame rookie cards when I could afford them, but if I needed to plug a hole in my collection, I’d go for a second year card until I could buy the real thing.

Like many people, my personal collections have changed frequently. My first player collection was Chris Coghlan, who won the National League Rookie of the Year award three years after I started collecting his cards, when he was a virtual unknown. I started collecting him in the first place because he was from an SEC school, and while I attended the University of Florida I found myself watching a lot of SEC baseball games. Once the Marlins drafted him in the first round, I knew I wanted to collect his cards. After his rookie season, the value of his cards skyrocketed – sometimes to 10 or 15 times what I had paid for them. Non-collectors (like my wife!) told me I should sell while the market was high. But the advice I received when I was a kid – “collect what you love” – repeated over and over again in my head. I decided to keep my cards and continue collecting his items. While I left thousands of dollars on the table, this was my collection, and I loved it, so there is nothing to regret.

Do you have any collections that may seem weird or different, but you continued to collect because you loved it? Comment below for a chance to have your collection featured in a future Inside the Pack blog post!