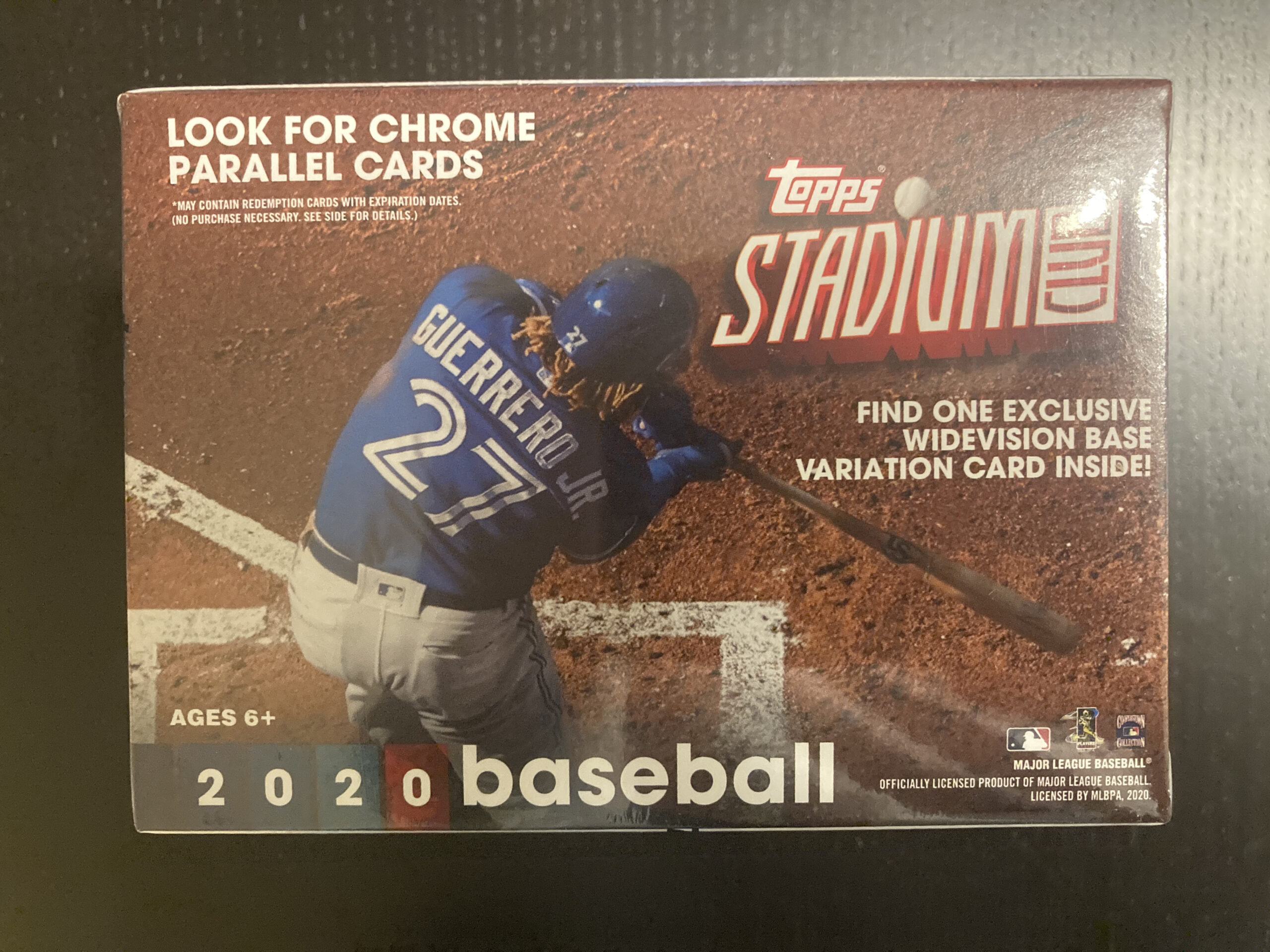 Well-known and highly-esteemed each year for its incredible photography, the annual Stadium Club release is popular among collectors both young and old. As has been the case throughout much of this year’s pandemic, my ability to purchase hobby boxes has been limited, leading me to rely on retail boxes instead. And since retail boxes are hard to find out in the wild, I relied on the Target app to nab me the 8 blasters of Stadium Club I ripped this year. The product was delivered to my door within three days of my ordering, which was about a week after release date.

Inside the box, you’ll find 8 packs with 5 cards each. You’ll also find a blaster-exclusive Widevision card that’s acts as a box topper of sorts. Widevision cards are long issues that offer a panoramic photo of the subject. I quite liked these, but was surprised to learn there were no parallel or autograph versions. It seems ripe to have both of these, and I hope that the format returns in the future with numbered parallels and hand-signed versions. Each pack contains at least one parallel or insert. Parallels include sepia (one per box), black, and red foil, as well as chrome cards, which have their own sets of refractor parallels. In addition to a base chrome refractor of Ozzie Albies, I got an orange refractor #/99 of Noah Syndergaard, and also somehow got not one, but two, Gold Minted refractors of Clayton Kershaw. Certain cards also have short print photo variations, and I pulled one of — you guessed it — Clayton Kershaw. Inserts include the fairly common Bash and Burn, Power Zone, and Emperors of the Zone, along with the harder-to-pull In the Wings.

The most exciting cards, however, were the Instavision inserts. Seeded 1 in 192 packs, I somehow got 3 in my 40 packs, and they were maybe the best three possible: Luis Robert, Bo Bichette, and Fernando Tatis Jr. In hobby format, these are case hits. The cards are beautiful, with a foil inset that really shines bright. 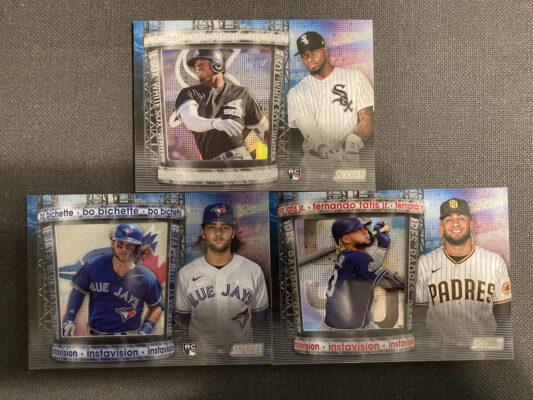 My favorite card was the Sandy Koufax base card I pulled. As noted in other blog posts, Koufax is one of the few guys I PC, and this card was super cool, because it features him hitting. I realized when I pulled it that I didn’t think I’d ever seen a photo of him hitting. Then I became certain I’d never seen one, because I realized he was hitting right-handed. I admit that I was a little ashamed to not know that one of my favorite all-time players batted righty, but it was neat to learn this from a beautiful colorized baseball card photo. 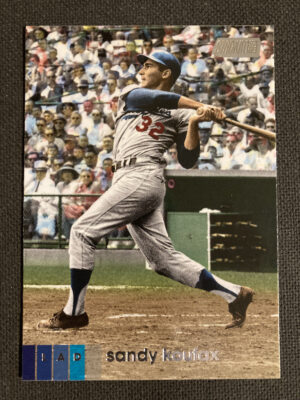 The card I’ll tuck away is the Members Only rookie card parallel for Jose Urquidy. Urquidy is a young hurler who rose the ranks of the Astros system with limited flair until he burst on the scene in a big way during the Astros’ 2019 title defense; despite having just MLB 41 innings under his belt, Urquidy started and won Game 4 for the Astros in the World Series, and also pitched 2/3 of a scoreless inning in the pivotal game 7. I expected big things from him this year, but he contracted Covid-19 early and has only recently returned to pitch in the bigs. 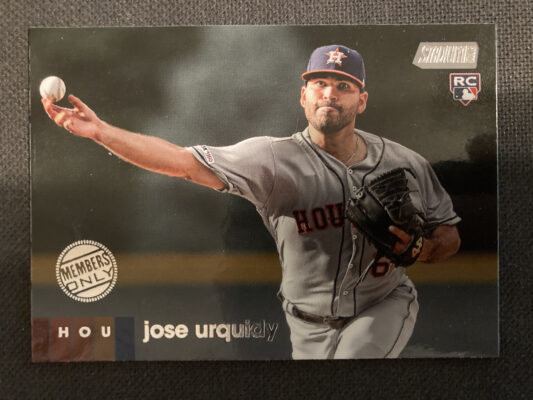 Whether it’s a hobby box or blaster box, it’s hard to go wrong with Stadium Club. The photography itself makes you want to keep opening, and you won’t look at the fronts of any other baseball cards longer or harder. With readily-available inserts, autographs, and a robust but not humongous 300 card base set, Stadium Club gives collectors a lot for their money.