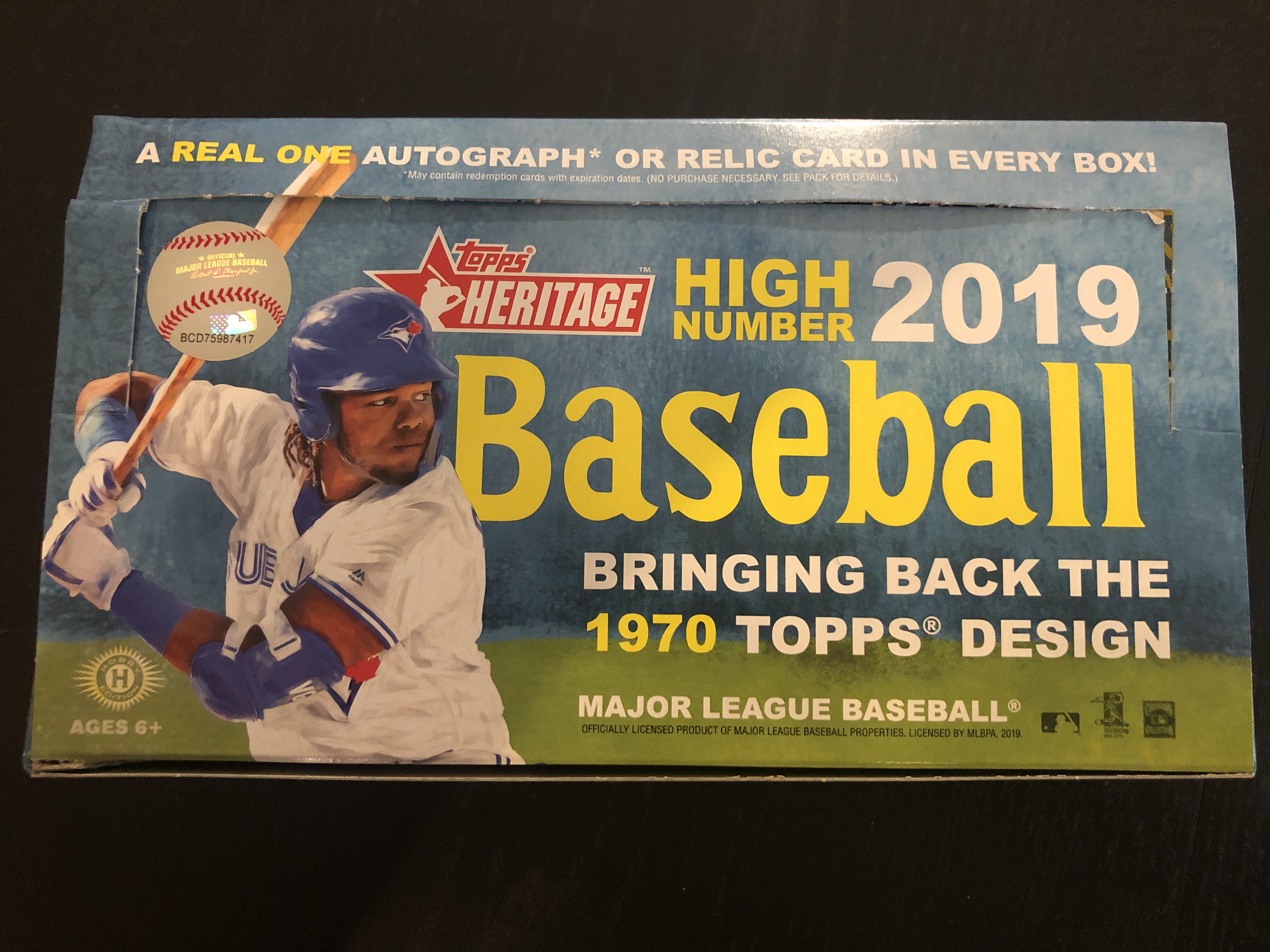 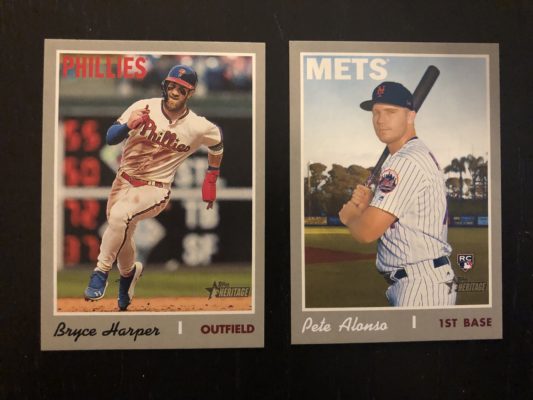 Topps sent me a hobby box of HHN to review. The always-highly-anticipated Heritage sequel comes with one relic or autograph per box. As with regular Heritage, shortprints and variations abound. SPs make up the highest of the high numbers, #701-725. Parallels include black border and flip stock cards, while variations include Action, Error, Nickname, Trade, and Throwback.

I hit an action variation shortprint of Bryce Harper in my third pack. The card shows Harper running the bases as opposed to his posed photograph on the base card. A few packs later, I got a super shortprint, and boy was it a big one: an error variation of Mets rookie and 2019 Home Run Derby champion Pete Alonso. If you don’t trust your eyes to catch these variations, Topps has made it easier than ever to identify them. In addition to the codes on the back of the cards being different for variations, variations state the type of variation the card is in the circle around the card number on the back. Yet another way to tell is that the gray border on the front of the card is slightly darker than the regular gray border.

Rather than the more common relic option, my hit was a Real One autograph of Paul Goldschmidt. These are always one of the most attractive and sought-after autograph issues each year, as they are fairly tough to pull and are always in demand for Heritage set builders. 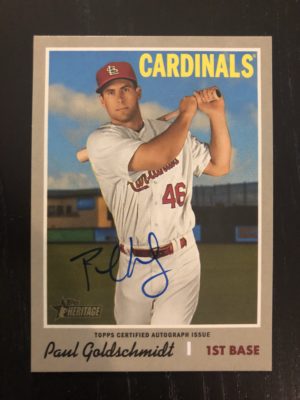 For inserts, Award Winners and Rookie Performers are the most common. In my box I also got a 1970-style Scratch Off of Yadier Molina. Hank Aaron career highlights are also neat cards, although I don’t get the connection to the 1970 set, since that was not the year Aaron retired, nor was it the year he broke the home run record, nor was it the year he changed teams. Chrome cards also return per usual, and they are as pretty as ever. I got a refractor of Manny Machado in his new Padres threads.

Box toppers come in several different forms. The ones that are more true to the original 1970 set are Topps Posters and Topps Super. Posters are limited to just 70 copies. I received neither, instead getting a stamped buyback card of Astros manager Harry Walker.

With a fairly easy-to-complete base set, fun parallels, and hot rookies, Heritage High Number is sure to please, whether you’re a Heritage fanatic or just enjoy opening packs. Its low price point makes it accessible to all kinds of collectors, and the high upside of its bigger hits makes it a thrilling box to rip.