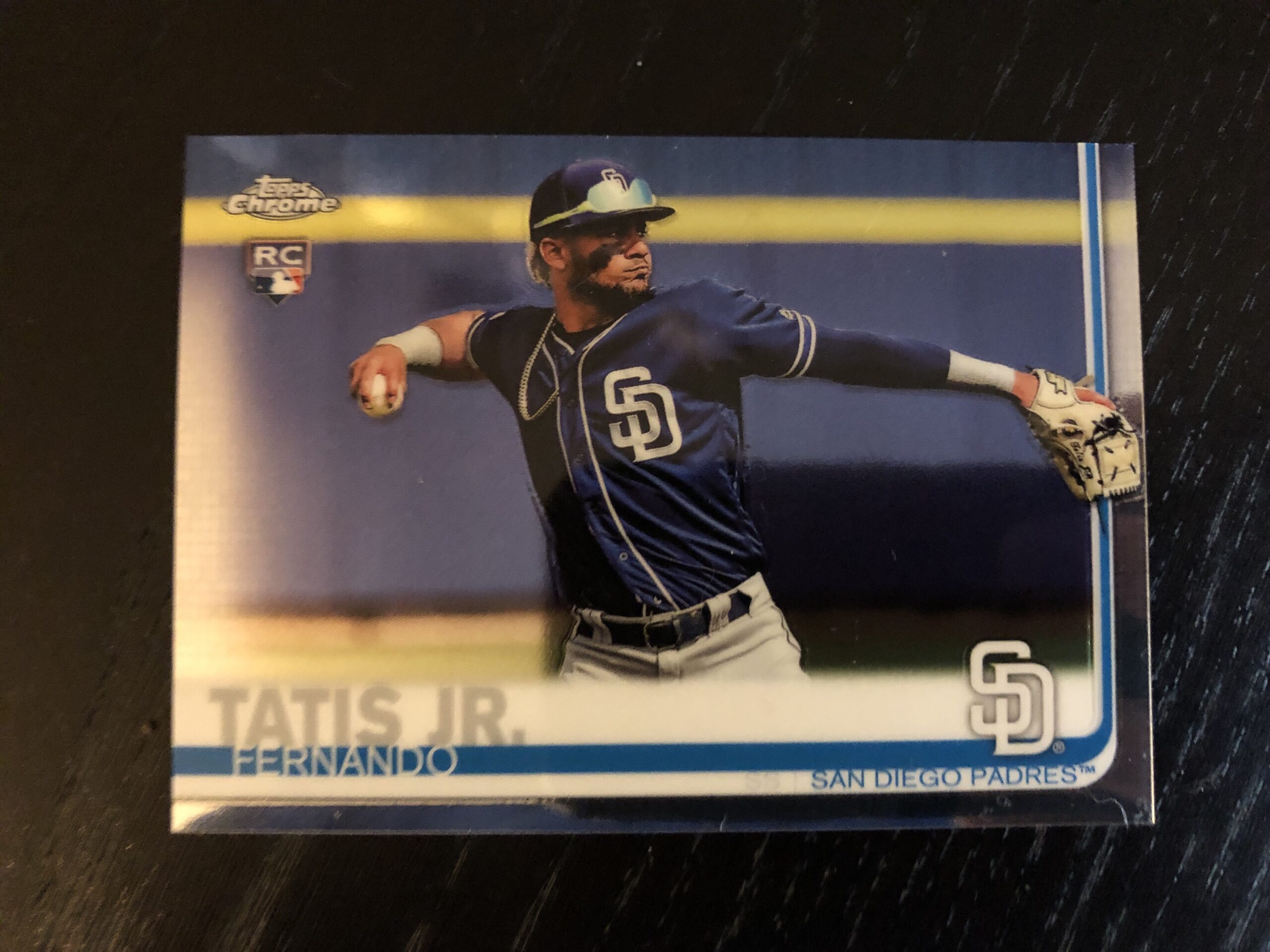 Almost exactly a year ago, when I wrote about the 2019 Topps design having been released, I made the comment that “I think the design will look dynamite in the Topps Chrome Issue.” I certainly don’t mind tooting my own horn when I’m right, and this is a horn worth tooting: 2019 Topps Chrome does, indeed, look dynamite. The always-popular late-season release comes loaded with two on card autographs per box, many varieties of refractor parallels, beautiful inserts, and, of course, rookie cards.

Topps sent me a box to review. Each box contains 24 packs of 4 cards each. As stated earlier, the base card design is great, and I love the action shots on the horizontal cards. I was hoping for a Pete Alonso or Vladimir Guerrero Jr. rookie, but a got the next best thing — a Fernando Tatis Jr. rookie. The youngster is essentially jumping off the card with the innovative way they cropped his photo, with his glove hanging over the blue and white border.

I got either an insert or a parallel in each pack, which seems to be the norm for the product. In keeping with recent tradition, the product contains one of my favorite insert themes, 35th anniversary chrome refractor cards. Like in 2019 Topps, the anniversary cards follow the 1984 design, which looks awesome with the refractor treatment. My 4 anniversary cards (1:6 packs) were Anthony Rizzo, Cedric Mullins, Whit Merrifield, and Gleyber Torres. Other insert sets included the Future Stars set that has been a mainstay in recent years; Freshman Flash, which I thought may have been a purple refractor only to discover that’s the card’s natural background color; and my favorite, Greatness Returns, which mirrors the inserts found in 2019 Topps. The refractor finish on these is gorgeous and I found myself disappointed to discover they’re only seeded one per box. 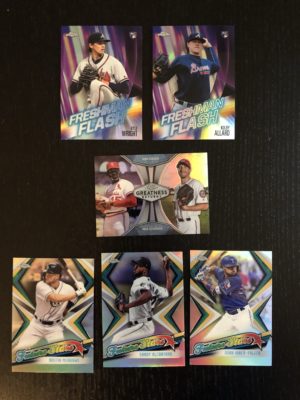 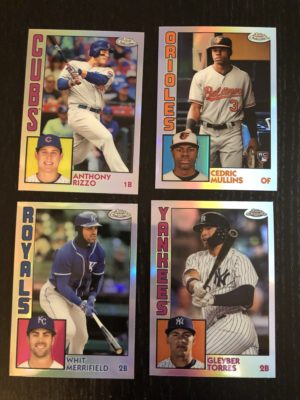 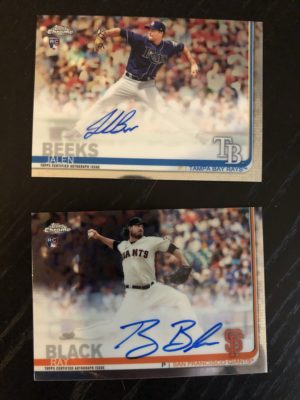 As always, refractors abound in this product. In all, I received a refractor of some kind in 13 of my 24 packs. My only color was a purple refractor of rookie Cardinals hurler Daniel Ponce de Leon, but I also got 4 Prism refractors. One thing worth noting is that the regular refractors have the word “REFRACTOR” written below the card number on the back. I assume they did this because refractors can sometimes be hard to discern. I had this experience with my Christin Stewart refractor, which certainly appeared on first glance to be a base card, primarily due to the coloring of the outfield wall behind him in the action photo.

On-card rookie autographs are the star of the product and hobby boxes contain two per box. I was excited to get a Jalen Beeks, the young lefty for the Tampa Bay Rays. Although infrequently used as a traditional starter, Beeks has been valuable as a “bulk reliever” for the Rays, and has been a member of my fantasy baseball team for most of the season. Ray Black was my other auto; Black is pictured in his Giants jersey, though he got traded to the Brewers two weeks ago along with Drew Pomeranz. (Interesting note: Black was on the road in AAA, having flown from Sacramento to play in San Antonio. Prior to the trade deadline, he flew to the Giants’ AA affiliate in Richmond, because the Giants were playing in Philadelphia, and he was awaiting a trade that may require him to join the Giants’ big league bullpen. While in Richmond, he got the call that he was traded to Milwaukee and was being sent to their AAA affiliate which is — you guessed it! — San Antonio.)

Overall, Topps Chrome is always a fun product to open. With two on card rookie autographs guaranteed, a host of inserts, and beautiful refractor parallels, it’s enjoyable to rip even if you don’t come away with a monster hit. Whether you go for a retail blaster box (which I opened on release day), a hobby box, or a jumbo hobby box, you’ll appreciate everything Topps Chrome has to offer.