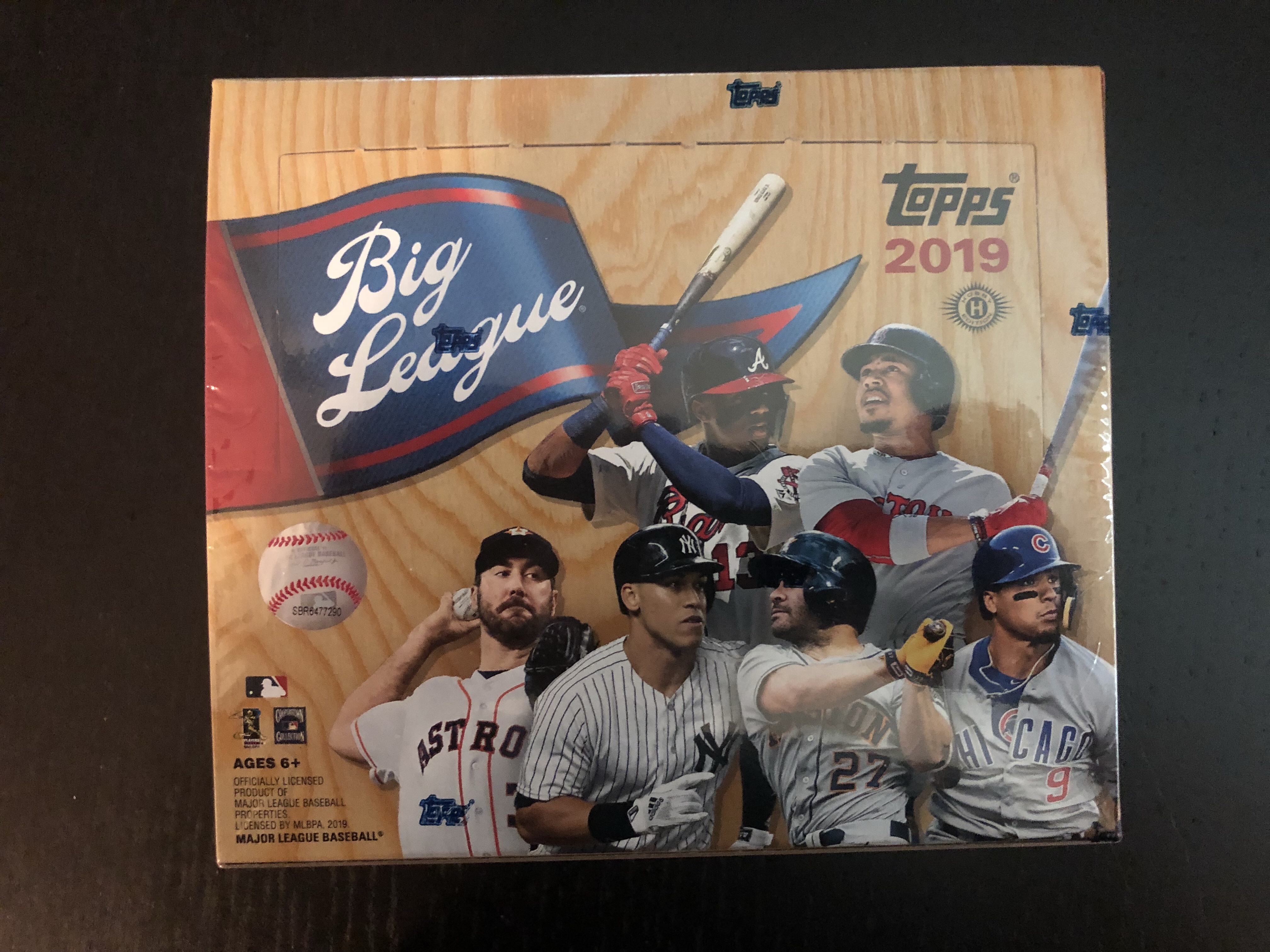 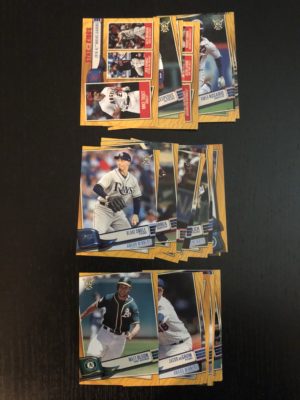 Hot take: Topps Big League is the most fun you’ll have opening cards this year. Topps sent me a box of the 2019 edition, now in its second year after replacing Topps Bunt as the low-end, entry-level baseball product geared toward younger collectors. While you’re unlikely to get any huge hits, it will transport you to a time when you were a kid, collecting for the enjoyment of reading statistics, looking at photos, and admiring simple, if goofy, insert sets.

Big League comes with 24 packs per box, and each pack has a gold parallel in it. Because of the yellowish wood grain on the base cards, it’s actually sometimes difficult to tell the golds apart. It wasn’t until I realized that I had gotten so many that I checked the odds on the pack and saw they were seeded one per pack; I had to go back through my stack of commons to pull them out. 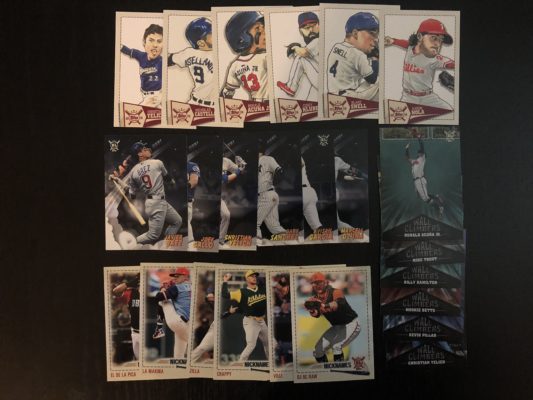 In addition to the gold parallels, each pack contains a card from one of four insert sets: Nicknames, Caricatures, Blast Off!, and Wall Climbers. The last two were my favorite; they reminded me of some of the goofy insert sets from 1998 Skybox Dugout Axcess, another low-end set geared toward children that I loved when I was younger. 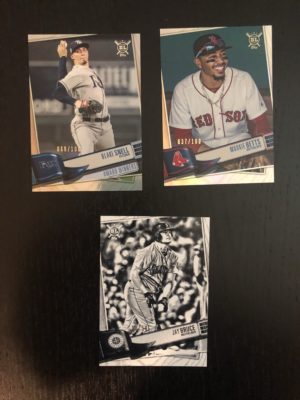 I also got three low-numbered parallels, which beat the stated odds a bit. My rainbow parallels were of reigning AL Cy Young winner Blake Snell and former AL MVP Mookie Betts; both cards were numbered to 100. I also got a black and white parallel of Jay Bruce numbered to 50. 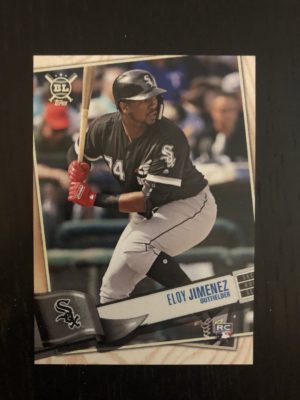 I didn’t know this until after ripping the box, but there are three shortprints in the product. Topps inserted rookie cards of Eloy Jimenez, Vladimir Guerrero, Jr., and Pete Alonso as parallels to other card numbers in the set, similar to their inclusion of Bryce Harper as card #3 in 2019 Bowman. After looking through my stack, I found that I’d pulled a Jimenez card. 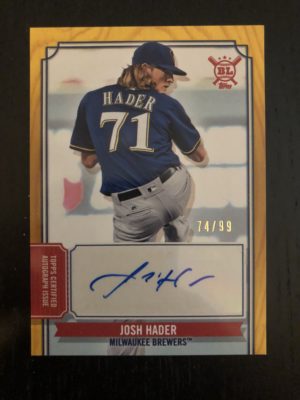 Perhaps most surprising was receiving an autograph of Brewers closer Josh Hader, numbered to 99. Autographs are present in this product, but they aren’t very common.

All in all, Big League is a crazy fun product to rip open. If you don’t care about chasing big hits, you’ll enjoy the little ones that are peppered throughout the packs. If you want to collect like a kid again, grab yourself some Topps Big League.