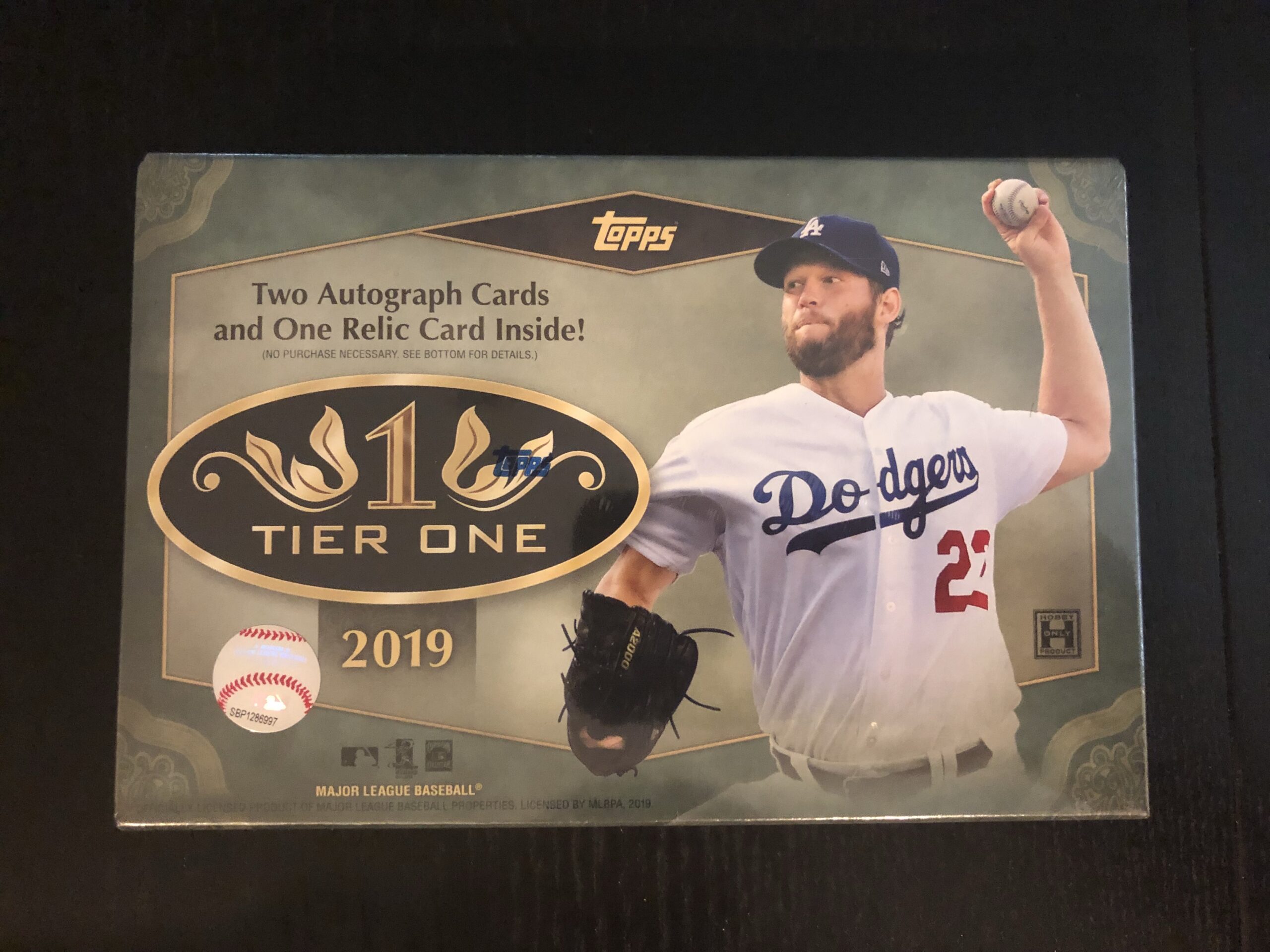 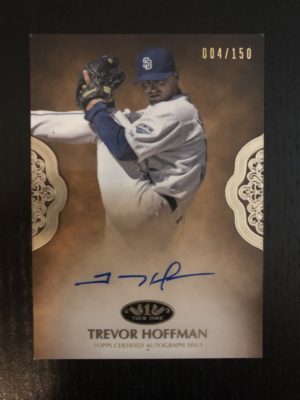 2019 Topps Tier One is the ninth installment of the successful and popular high-risk, high-reward offering from Topps. As has been the case since its second year in 2012, there is no base set in the product, and all cards are hits.

Each box of 2019 Topps Tier One comes with a single pack of just 3 cards. Each pack guarantees two autographs and one relic card. These cards have many possible variations, including low-numbered parallels, double and triple relics, bat barrels, and autographed relic cards, to name a few. In the box Topps sent me to review, I didn’t pull any of these, but rather got the “base” versions of the autographs and relics.

My first hit was a Trevor Hoffman signature numbered to 150. Hoffman, of course, is a Hall of Famer, so it was a nice pull right off the bat. What was instantly apparent to me was that I hadn’t seen many Hoffman autos, and he isn’t someone whose signature has been oversaturated in the market. Like all signatures in this product, this one was on card.

The second card I pulled was a relic of Cubs catcher Willson Contreras numbered to 375. If you’re a regular reader of this blog, you likely know by now that I’m not a huge relic card fan, and this one was no exception. The design was nice, but in the end, a relic card is a relic card to me. 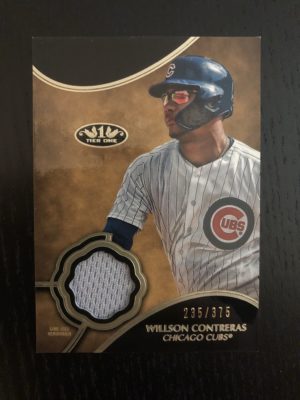 My third pull was of Angels infielder Zack Cozart, numbered to 299. I think Cozart has one of the best looking signatures in the game today, so a hard-signed auto of his was a nice addition. 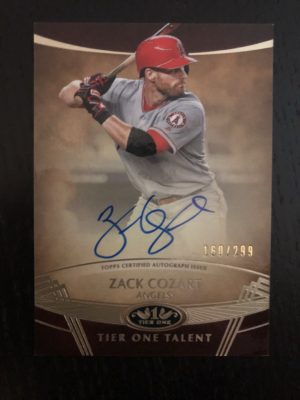 One interesting thing about Tier One this year is that the design seems to have returned to a darker color palette. For the past few years, the colors have been lighter and brighter; this year’s design harkens back to issues like the 2012 and 2015 versions. I’m partial to these designs as they have a more complex feeling to them, in my opinion, so I appreciate the switch back, and look forward to seeing if it continues into the 2020 release.

Opening a single box of Tier One is a bit of a risky gambit. You may get lucky with a huge hit, or you may get skunked with a couple lower-end autos and a base relic. But there’s no denying that the cards are beautiful, and with on-card signatures throughout the product, it’s tough to go wrong adding a few to your collection.