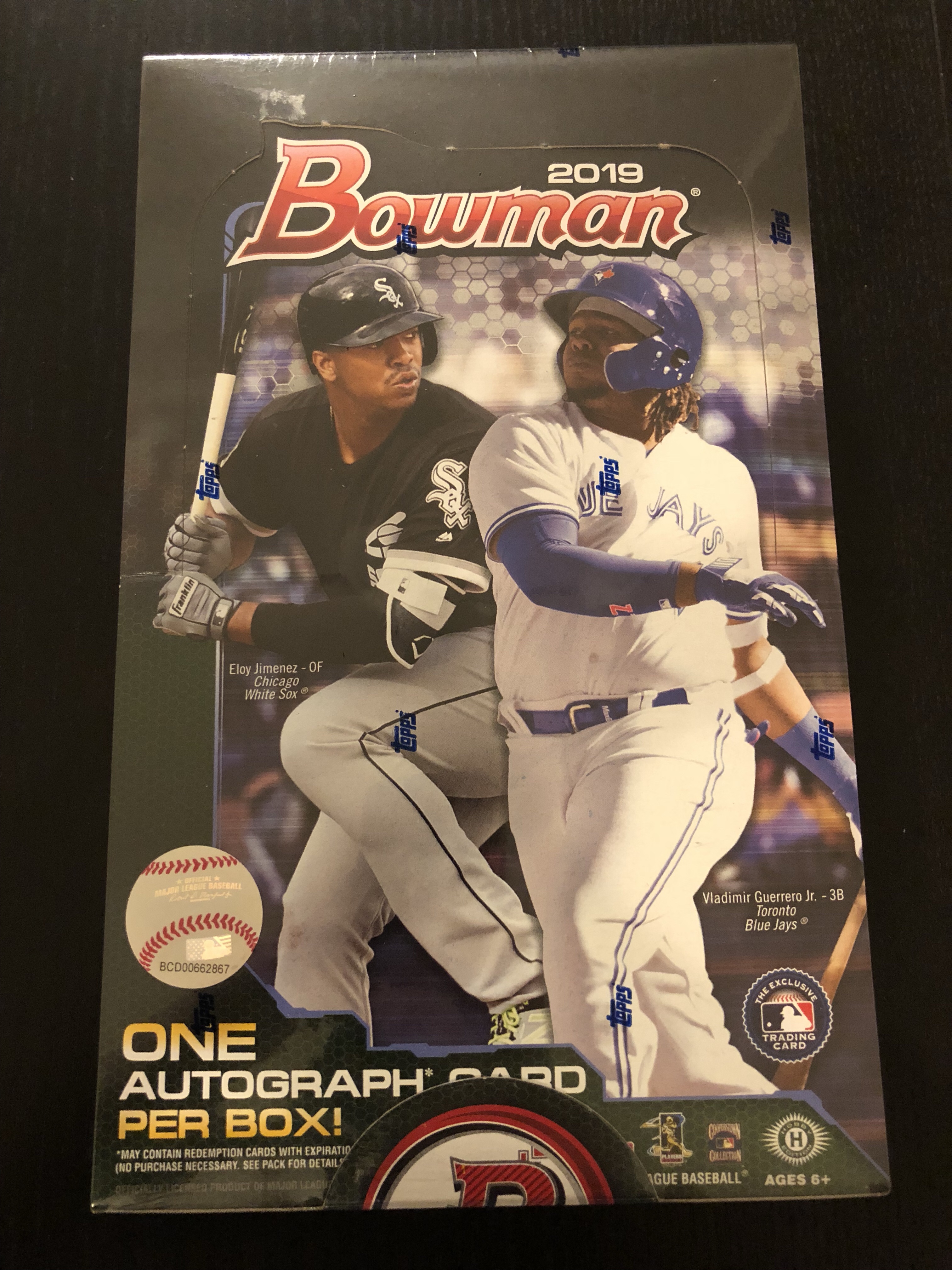 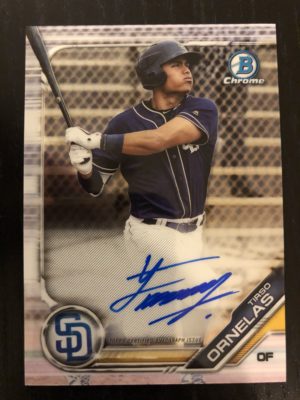 The flagship Bowman product seems to get hotter and hotter each year. Last year, sales were driven by Shohei Ohtani, and I wondered if this year would see a dip in interest due to the lack of a highly-hyped prospect like Ohtani. In a word: nope. 2019 Bowman is as hot as ever, and rightfully so.

Topps sent me a box of their prospect-driven product and it did not disappoint. Hobby boxes guarantee one autograph, while jumbo boxes have three autos. The prospect autographs are on card. As usual, packs contain three types of base cards: the base set consisting of veterans and rookie cards, the base (“paper”) prospect set, and the Chrome prospect set. Several insert sets are also included (more on that later), and nearly every pack consisted of either an insert or a parallel.

My autograph was of Tirso Ornelas. Ornelas is a Padres prospect who just turned 19, and though he’s had Bowman cards before, this is his first certified autograph. As of this writing, Ornelas is hitting well in High-A at a pretty young age, and before the 2019 season he was ranked as the #16 prospect in baseball’s top-rated farm system.

Insert sets abound, and there are plenty of insert cards in each box. The most attractive, in my opinion, is the Bowman Sterling continuity set that will appear across Bowman products this year. Falling one per hobby box, this design is beautiful and has a refractor-quality finish. Other insert sets include the now-standard Top 100 Prospects, which has a much-improved design over last year; Rookie of the Year Favorites, which has a darker and less exciting look than last year; 30th Anniversary, which uses the 1989 design with a refractor finish to create a very visually appealing set; and Talent Pipeline, which, as usual, highlights players at each of three levels in a team’s system. 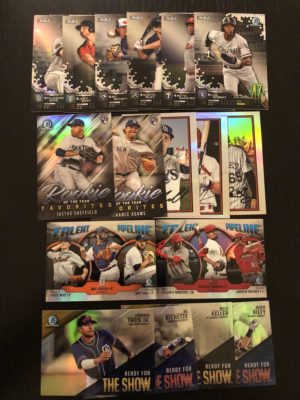 There is also a new addition to the insert set family in the form of Ready for the Show. To be frank, I didn’t care much for this offering. Because they’re older, the players on these cards have already had many years’ worth of Bowman cards and don’t inspire excitement. Additionally, the cards are horizontal. Talent Pipeline cards are also horizontal, but they sort of need to be in order to get all 3 players on the card. This set feels a bit out of place and I think I’d have preferred a vertical design if the set absolutely had to be included. 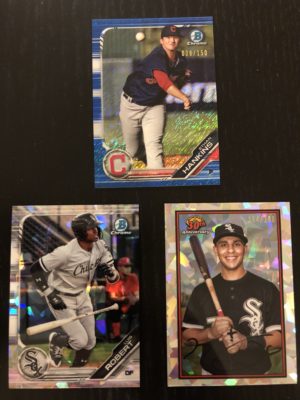 I received three parallels in my box — an Ethan Haskins blue shimmer #/150, a Luis Robert atomic refractor, and a Nick Madrigal 30th Anniversary atomic refractor #/150. It’s strange to me that the regular atomic refractors are unnumbered despite not being all that common; I’d have liked to see a serial number on these cards, because they really stand out.

All in all, Bowman never disappoints, and if the secondary market is any indication, I’m not alone in this thinking. The product seems to get stronger every year, and there are always a few standout inclusions on the checklist (this year, it’s led by Wander Franco). I’ll be looking forward to growing my prospect stack with the issues of Bowman Chrome and Bowman Draft later this year.