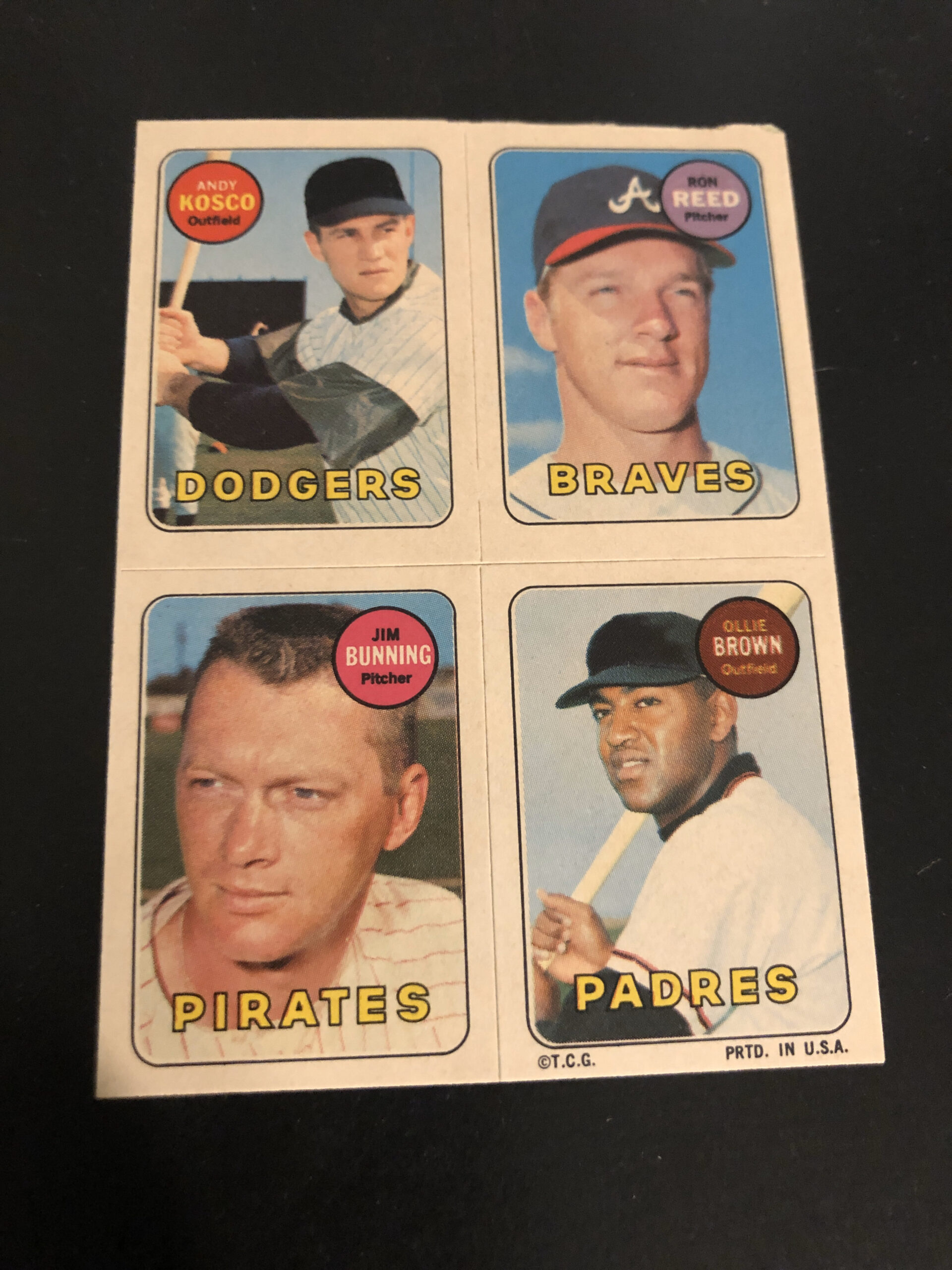 I consider myself incredibly well-versed in all things baseball card related, but perhaps my favorite niche is in oddball sets, particularly vintage oddball sets. Every now and then if I’m at a show or a shop digging around, or if I’m searching online, I uncover some thing I didn’t know existed. Usually it is something incredibly far off the beaten path; perhaps an unlicensed item, or a regional issue by a food or beverage company. But I never thought that there was anything that Topps made that I wasn’t aware of. That’s why I was so shocked a few weeks ago when I was browsing eBay and ran across a 1969 4-in-1 baseball sticker.

The well-known 1969 Topps 4-in-1s are from the football issue that year. These were tiny perforated cards often referred to as “stamps” that were issued as inserts and are fairly common and cheap. But this was something different: miniature peel-off stickers with the same exact design as the ‘69 baseball cards. My first thought was that this was some kind of homemade Frankenstein‘s monster, perhaps someone pasting four of the 1969 Topps Decals on a single backing. But the proportions weren’t right as this was the exact size of a normal card, and the decals are larger than a quarter of a standard issue.

So I did a little digging into my surprise, this oddball issue was a test run but never got very far. There are just 25 cards in the set, meaning 100 players are depicted. The cards are all from the second series of the 1969 issue and include Willie Mays, Pete Rose, Bob Gibson, Jim Bunning, and Carl Yastrzemski. Hall of Famer Don Sutton also appears on the same card as Rose. They were issued as a stand-alone product with 3 sticker sheets per pack. 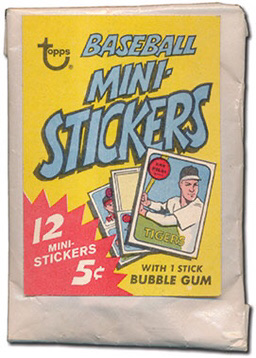 Just 714 examples have been graded by PSA, with the Rose/Sutton card leading the way with 53. But they’re fairly scarce ungraded as well; as of this writing, there are just 25 of the actual cards available on eBay, all with high buy it now prices, and just two, the one I purchased and a Yastrzemski, had sold over the previous 60 days. In fact, there are more proofs from the Topps Vault available on eBay than there are regular cards from this set. The scarcity of these cards likely contributes to the fact that they are not very well-known to collectors.

I have to admit, I am pretty ashamed I didn’t know about these cards, mainly because the 2013 Topps Archives set included an insert set modeled after them! In my haste, I had assumed that the insert set was a play on the football 4-in-1s. I really loved the insert set, enough that I kept a single one I pulled in my personal collection, something I rarely do. Usually, if I’m not trying to make a set or the card doesn’t fit with another PC of mine, it goes out the door. 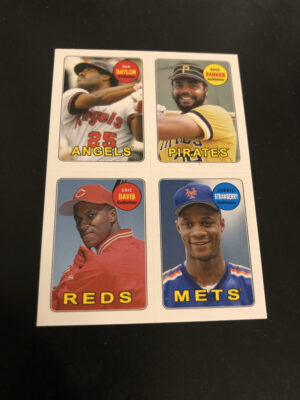 After contemplating trying to put this 1969 set together, I ultimately decided I’ll likely just keep the single card, just like I did with the 2013 insert set. I sort of tricked myself into thinking that a 25-card set would be a fun chase, but after seeing the low population reports and the high prices, I think I’ll stick with the solo card. Unless another one happens to fall into my lap — then all bets are off. Stumbling across this card was a happy accident, but sadly, I don’t think there are too many more sets like this left for me to discover.