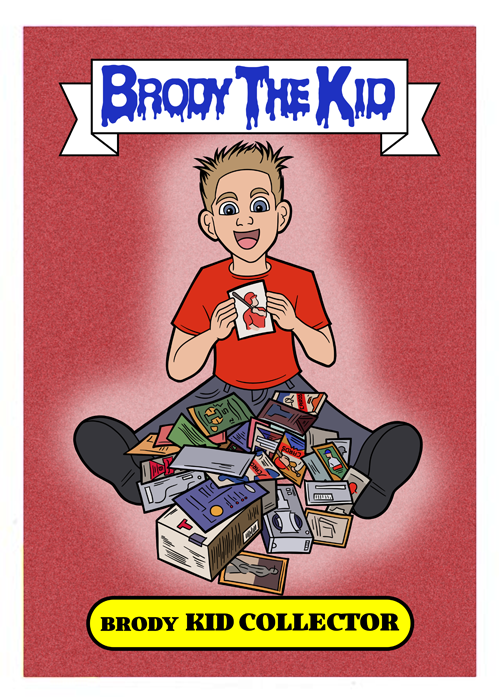 What’s up Everybody! It’s Brody the Kid here and we are back with another edition of Riiip with Brody the Kid. This month, we have a lot of cool stuff to talk about, so let’s do it.

First, we are going to talk about Zion Williamson. He is back, has been playing awesome and his cards are going ↑! He scored 17 points in a 3:08 stretch in his debut and is just getting better and better. If you have any of his rookies, I would suggest selling some since he is playing so well and you can make some nice money on them but I would also keep a couple in case he keeps playing this amazingly so you have some in your collection in the future. Zionmania is strong!! 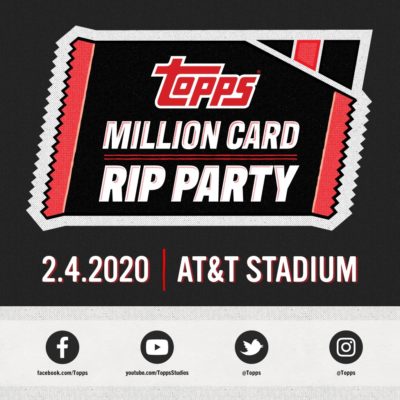 Now, we are going to talk about the Topps One Million Card “Riiip”! This is taking place at AT&T Stadium in Dallas and is going to be featuring the release of 2020 Series One Baseball. There are going to be 18 breakers onsite and each will have AT LEAST 18 cases of jumbo boxes! Some of the promotions include buying a case and winning a case for free!! Holy cow! This is going to be on February 4th at 3 PM Central. I cannot wait to check it out and I hope you do, too.

The Super Bowl is on Sunday and I can’t wait for it! I want to know what you guys think is going to happen, so hit me up on twitter @BrodyTK or on Instagram @BrodytheKid1. My pick…the 49ers 34 and the Chiefs 31. I think Robbie Gould will hit a field goal at the end to win the game!

I want to talk about a new basketball product, 19-20 Panini Crown Royale Basketball. This has a SRP of about $110 but resells in the high 100’s. You get 8 cards including autographs and memorabilia. You can also chase for the Rookie Silhouettes autographs! This product can have many BOOMS but it is a risky buy. So I suggest getting in group breaks for this product.

Speaking of breaks, I love them! I really like that you can go in the breaks jump in the chat and hang out, you don’t have to buy something to join in the fun. Its a cool way to see cards and talk to other collectors. Here are some of my favorites and I recommend checking them out.

Mojo Breaks does a very good job with their breaks and has huge mixers.

Layton Sports Cards has over 25,000 subscribers on YouTube and have been around for years. They do a huge super bowl mixer with hundreds of boxes. I love watching Layton! (make sure to look out for Breaking Brad, Magic Matt, and RICH LAYTON!)

DA Card World Breaks does an amazing job with their breaks. They have one of the biggest card shops in New York!

Midwest Box Breaks! First, Ben is a very awesome person! He sometimes throws in bonuses for new members! Former MLB pitcher Phil Hughes also pops up in these chats sometimes. How cool is that? The community is so cool there, Ben keeps the chats fun, and the people in there are cool to hang with.

Top Shelf Breaks is a stellar breaker. Chris is so cool, He plays awesome music to make all the breaks very entertaining. He has the Hobby famous “Blitz Mix” on Saturday nights. It is so fun!

Mikey B Cards has always been a huge card collector and has his own Sizzle Packs and Hot packs which I love to Riiip! He ran some really awesome NBA Prizm breaks. I love Mikey B’s Breaks!

Buck City Breaks. WOOOOO! My Boys! Chris and Adam are awesome. They put together some of the most amazing mixers and are SO loud you should not wear ear buds. Cue the WOOOOOO!

These are some of my favorite breakers. Check them out, you will have a blast. If you are new to breaking, just go and watch and tell them Brody The Kid sent you! 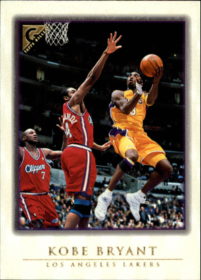 Finally, we are going to talk about a very sad topic. 1978-2020…RIP KOBE. Kobe Bryant died on Sunday January 26th. Kobe and his daughter Giana were traveling to her basketball game in a helicopter when it crashed. Kobe Bryant, in my opinion, is the greatest NBA shooter of all time. I am sure many of you can agree. Kobe has the second most points in a game in NBA history, 81. He was the youngest NBA player to be a starter in the All-Star Game. As of now, after just being passed by LeBron James, Kobe is the 4th highest all-time scorer in NBA history. He was an 18 time All-Star and won 5 NBA Titles. He also won the MVP Award in the 2007-08 season. Kobe scored 60 points in his final NBA game, which is the most in NBA history. Kobe loved teaching his daughters about the game. He will be inducted into the Basketball Hall of Fame later this year. Our prayers are with the Bryant family and all of those lost in the accident.

Thank you all for reading this month’s Riiip! I will see you all next month!