Hello everyone and welcome back to another edition of Riiip with Brody the Kid. Thank you all so much for reading, and let’s get to it. 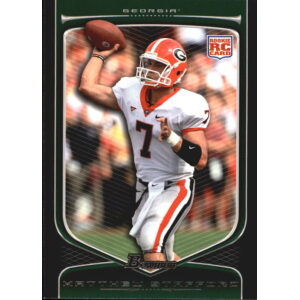 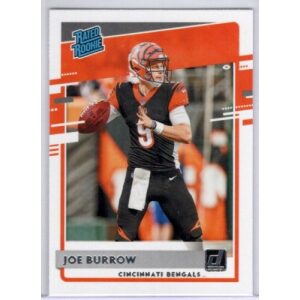 The Super Bowl is finally set, and I cannot wait for this awesome matchup between Matthew Stafford, a veteran quarterback that has been in the league for over 10 years and the young QB Joe Burrow. It would be so cool if Burrow wins, and it would be so awesome for the hobby. I can’t wait for this game between two generations. Let me know who you guys think is going to win! I can’t wait! 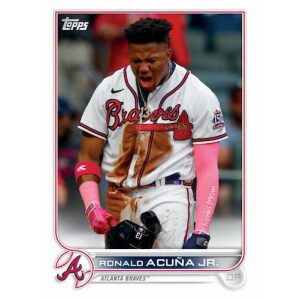 Fanatics has bought Topps and I am so excited for this! I can’t wait to see what happens in the future with this. There are so many ways that Fanatics can go. I am so glad that we are still going to be seeing Topps Flagship Riiipped every year. I wonder if we’ll see “Fanatics Topps” or “Topps Fanatics” at some point. It will be interesting to see what happens.  I also look forward to the near future to see how long we have to wait and find out if Fanatics maybe will buy a new company as well. We’ll see, there’s so many what if‘s to this and I’m so excited.

The Topps Rip Party is back for the third year, and I cannot wait for this event. It is in Los Angeles this year with at least 17 different breakers there and it will be on February 15. You can buy into breaks with all the different breakers to get in on the fun while they are all ripping cards. I’m so excited for this to be in Los Angeles this year, a great place to have it. There also will probably be some awesome surprises that Topps brings there or maybe some players?? It’s a very fun event that they do.

This month we have a special interview with Rob Bertrand from Go GTS Live! Rob is an awesome inspiration in this hobby and does an amazing job hosting his show. He also runs the main stage at The National with his Go GTS Live co-host Ivan Lovegren, who we have mentioned in the blog before. He is such a nice guy, and I am very glad to have him answer a few questions, so you guys can learn more about him and their show. Make sure after you read this to go check Go GTS Live out on YouTube or Twitch and follow them on Twitter, so you don’t miss any of their shows!

I became captivated with baseball cards when I was eight years old. I was at a garage sale with my Mom, and there was a shoebox with 1974 and 1975 Topps (that was the only manufacturer back then). I was immediately drawn to the bright colored borders of the 1975 cards and was so excited when I discovered both George Brett’s AND Robin Yount’s rookie cards. I’m sure some other kid’s mom was NOT happy to find out she had sold his collection 😲😃.

I collected rather diligently until I was about 13 (1983). In fact, I remember using my newspaper route money to send away for a complete set of 1983 Topps Baseball from an advertisement in the back of Baseball Digest magazine. I remember making the decision to buy a complete set of Topps because I really liked purchasing packs of that year’s Donruss. Like many teenagers, my interests shifted. However, I dove back into the hobby big time when I was about 30 and haven’t looked back

I have several “PC” collections. Being a Chicago native, I have collected the Bears, Notre Dame, Blackhawks, Bulls and White Sox. I also collect single signed baseballs of the 500 Home Run and 300 Win club members.

Nowadays, however, I find that I get the most joy from actively collecting entertainment (non-sports) sets. I’m in the process of collecting sets from all the TV shows I loved as a kid. From Chips and Knight Rider to Mash and Mork & Mindy. The nostalgia aspect brings a smile to my face.

This is kind of a long story. After I got back into collecting, I needed a resource to help navigate the waters, so to speak. There were four manufacturers each making products for all four sports. How did I know which ones to buy? Well, I found a great resource in CardCornerClub.net. It was at, what was then called, the Chicago Sun Times show (now Fanatics), that I met my future business partners and founders of the website, Doug Cataldo and Russ Cohen.

Shortly thereafter, I began doing product reviews and other editorials for the website. At the time, they had the very first podcast and FM radio show dedicated to the hobby, Card Corner Club Radio. I eventually joined them as co-host, and we launched the hobby’s first live streaming radio show on the Internet.

Fast-forward to around 2010-2011, we were acquired by Cardboard Connection. We rebranded the podcast Cardboard Connection Radio and continued until about 2013. As can happen, there was a business disagreement that resulted in the breaking up of the proverbial band. At the time, we were in discussions to launch a video show in partnership with GTS Distribution, who was a sponsor of the radio show on Blog Talk. At the time, I had also been working as an Independent Contractor as a Marketing Specialist for GTS.

I was still all in on launching the hobby’s first live streaming web show and through some negotiations with my former partners I was able to secure the original social media and YouTube channels. The problem was I needed a co-host. It just so happened that I had discovered Ivan’s hobby-related web series, “The Breaks” which chronicled the adventures of a newly returned collector.

We had known each other on Twitter, and I made it a point to introduce myself to him at, what was his first National, in Cleveland. You might remember his now famous box-break video from the Ferris wheel. 🤣 I appreciated Ivan’s professionalism, sense of humor and wit, enthusiasm, and passion for the hobby, and he was the guy I knew HAD to be my co-host if the show was to succeed. The rest as they say, is history.

Doug, Russ, and I were the original hosts, the first year of the Main Stage, but after the aforementioned breakup, I hosted it with Derrick Ficken of Beckett for one year before Ivan and I were invited to do it the following year. The case break pavilion organizer, David Gelfman of Ripping Wax (as of now) has asked that we continue to serve as hosts/emcees.

4a. What is the biggest challenge of hosting the show?

It has really changed. When the case break pavilion was in its infancy, it could be a challenge to spend that many hours on the microphone and attract and maintain an engaged audience. However, the Mike Berkus Main Stage has now become a true destination at the National. Instead of producing content, numerous companies have identified the value of being featured there. Last year, for the most part, Ivan and I just had to make sure the transition from one company to the next went smoothly while keeping the audience engaged.

That is several years away, and anything can happen. As we have witnessed over the last 2-3 years, the hobby has exploded in popularity. I’m excited to see what Fanatics has planned for collectors. If there is one thing, I know it’s that despite whatever changes come to the industry, the hobby will always be a source of joy for collectors.

Definitely Ivan hosting by himself. 🤣🤣 Nah, I’m totally just kidding. Ivan’s the best and I couldn’t do it without him. He’s a real blessing and I know someday, maybe he’ll be the host and then you could be the co-host, you never know. 👊

That’s easy, “Don’t sell those Brett and Yount rookie cards to go follow the Grateful Dead for a summer.” 😉

Thank you so much to Rob for taking the time out for the interview and thank you for all you do for the hobby! Make sure you check out Go GTS Live every Thursday night and give Rob a follow @VOTC on Twitter.

That’s it for the blog this month. Everyone, thank you so much for reading Riiip with Brody the Kid. If you guys like the blog, please share on Twitter or with other collectors…anything you could do so more people can read. There are also other awesome blogs on the Big League site, so check them out. Also make sure if you haven’t checked out my web show Hobby Life, please search it up on YouTube and find it. We have all sorts of fun, guests stop by, riiips of cards and we also make sure to give away some fun hobby stuff in the live chat. We are about to hit 50 episodes. You can also follow the show on Twitter and Instagram @HobbyLifeShow.

Have a question? E-mail me at brodythekid1@gmail.com