Would you rather have a card of an 18-year-old kid who has never played above Class-A ball, or half of a card of a player who played his last MLB game over 100 years ago?

If you had half a million dollars to spend, this choice could have been yours last week.

Saturday night, auction house SCP Auctions had a T206 Honus Wagner card end at $475,959 including the buyer’s premium. Sounds like a steal for the holy grail of baseball card collecting — until you find out that the card was essentially torn in half. Though Wagner’s famous face was on the card, much of the right and bottom of the card was missing. Adding to the allure of the card is that it was the second card ever graded by PSA, and has sat in a private collection ever since.

Elsewhere on Saturday night, Goldin Auctions sold a 1-of-1 superfractor autograph of Yankees top prospect Jasson Dominguez for nearly the same price as the Wagner — $474,000. The card was also graded by PSA, with a Gem Mint 10 assessment. 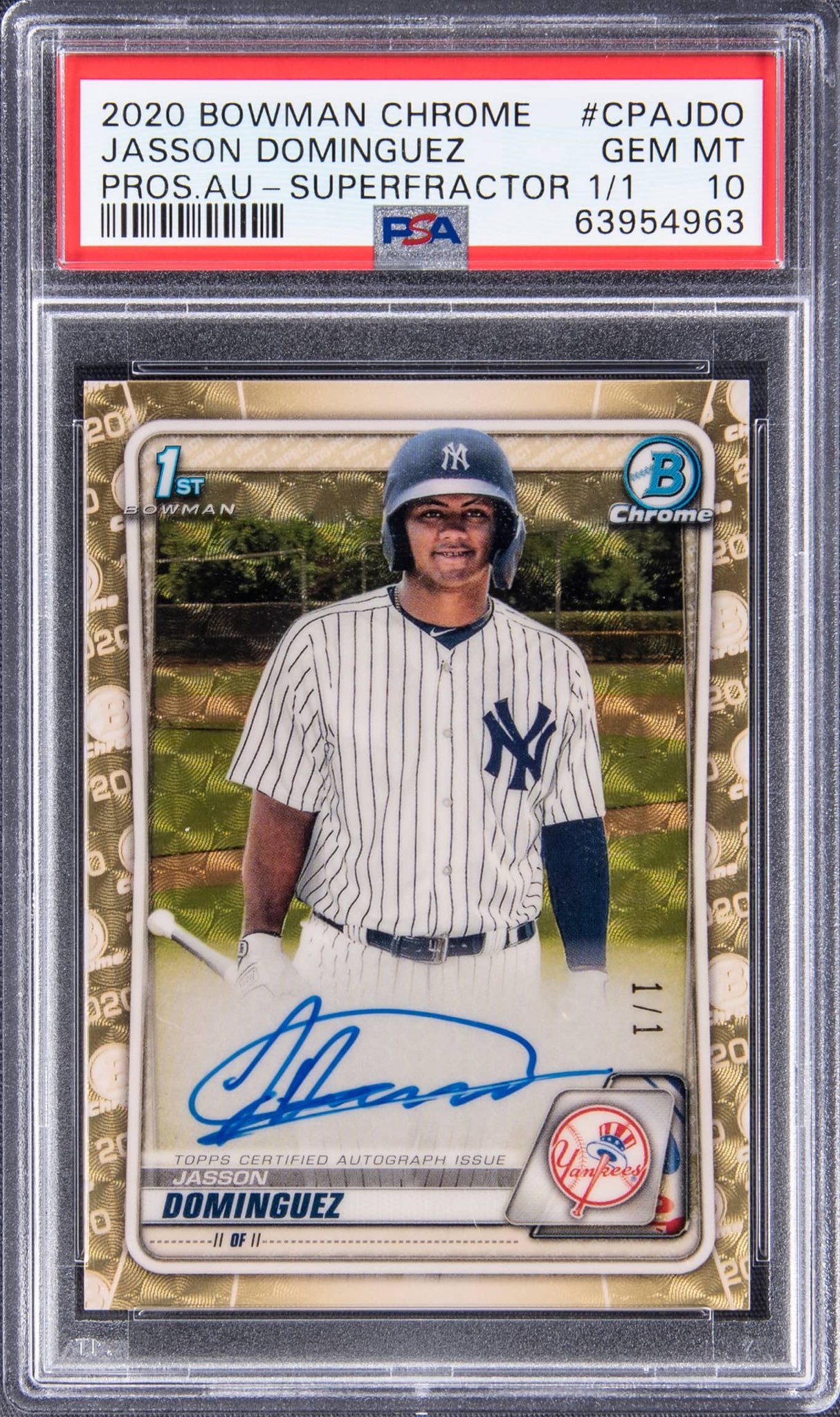 These two cards couldn’t be more different, but their similar sales tell us a ton about the state of the hobby as we enter the third year of the COVID-19 pandemic and as we stare down the prospect of MLB canceling games due to the ongoing labor dispute.

The sale of the Wagner card shows that the industry is still high on key vintage cards in any grade. The T206 Wagner is one of the most iconic and recognizable cards in the hobby, and its sales have always paced the industry. But for a fraction of a card, this price was very strong, showing that the condition is less important than the card itself.

The Dominguez sales shows that people are still investing in prospects, maybe more now than ever. In 2019, super-prospect Wander Franco’s 1/1 superfractor autograph sold for less than $100,000. Less than a year ago, last May, his red refractor autograph, numbered to 5, set a record for a player with no big league experience by selling for $198,000. Dominguez blew that sale out of the water.

Taken together, these sales are an indication that the market is still very strong, despite some people‘s suggestions of a cooling off for high-end cards. They also show that baseball cards are still culturally relevant; both sales made national news and were reported by outlets like ESPN and The Athletic. It’s just early February, but if I were a betting man, I’d anticipate more record-breaking sales to come in 2022.