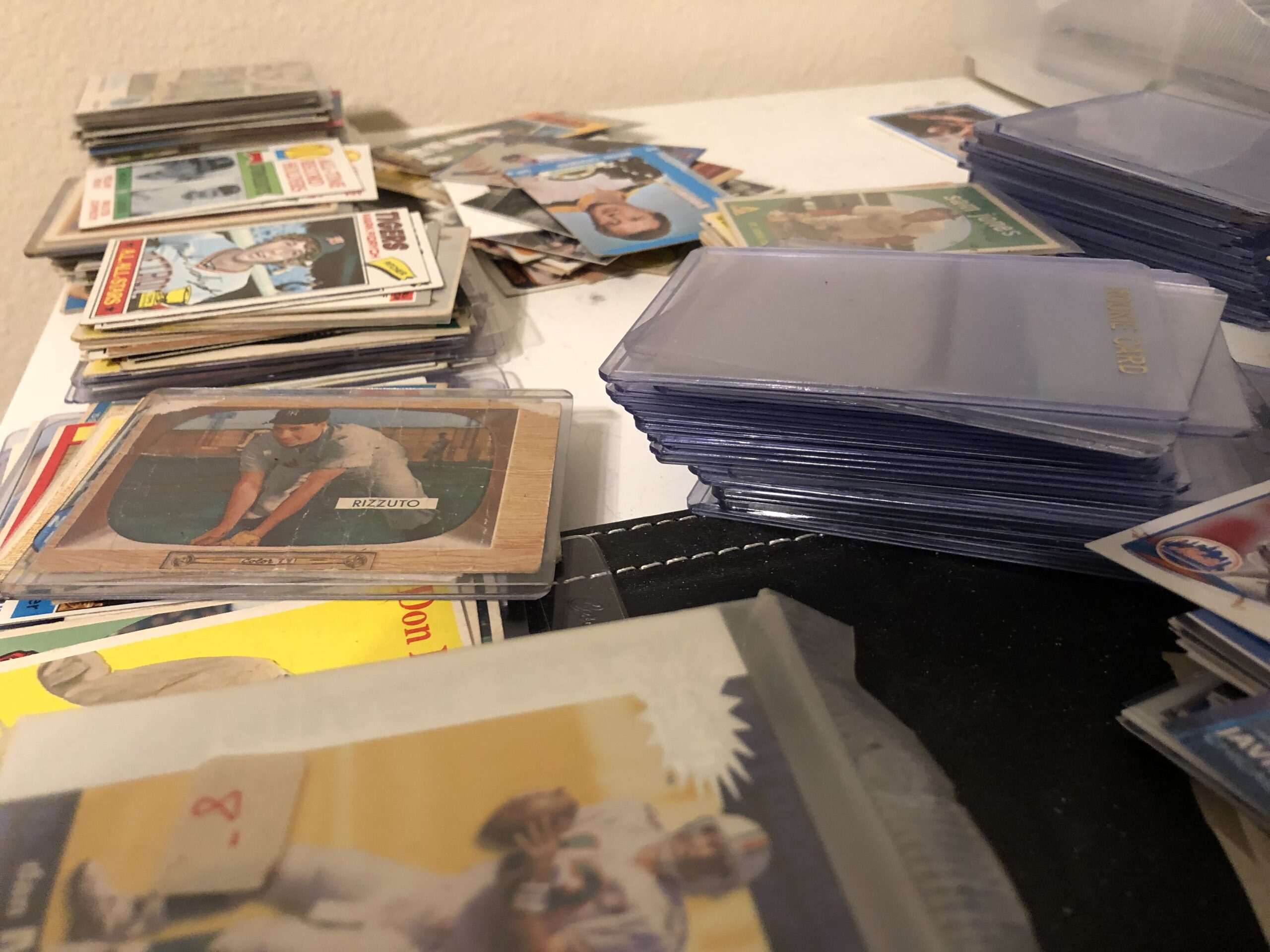 When I was a kid, going to a baseball card show was the greatest thing I could possibly do. Walking around the room or a shopping mall filled with cardboard goodies, I thought that being a dealer must be the greatest job on earth, a job I dreamed of one day having myself.

I first set up at a card show about 10 years ago. A friend of mine who owned a card shop in Florida found out about a huge show in Atlanta, and we decided it would be fun to set up. Since that time I’ve sold at, by my estimate, close to 75 shows, including two Nationals. While I enjoy it, the life of a card show dealer is not as incredible as it may seem to a 10-year-old kid.

This past weekend, I went to my favorite local card show in Jacksonville. I used to be a regular dealer there, but I moved out of state a few years back, and ever since I moved back to Florida I have found myself busy with other activities that limit me to going to the show three or four times a year. As I was preparing for the show, I found myself with a mixture of excitement and dread, and it occurred to me that this dichotomy maybe one that people who have never set up as a dealer don’t know about. Good thing I have a baseball card blog to educate the masses!

Preparation for a card show can take weeks if you aren’t already prepared from another recent show. No matter what you’re bringing to sell, you have to know the prices you want to get, know the prices that you will ask for in order to allow negotiation, determine how to display the items, pack the items up for transportation, and so on. To me, this is the most fun part of the process.

I generally pack my car up the night before or the morning of a show. The interior of my SUV has plenty of scratches and scuffs that are sure to hurt its eventual resale value. I can never have a shiny new car if I intend to continue selling at card shows.

Jacksonville is two hours away from me. Set up takes at least 45 minutes, and the show starts at 8:30. I’ve got to eat on the way there. This means setting an alarm for 4:50 am so that I can get ready to leave and make it to the show on time.

After precious few hours of sleep, the drive begins. I was fortunate this time around to have convinced my friend DF to join me on the trip. Sometimes, I’m not so lucky, and the 2-hour drive on the highway at 5:30 in the morning after a couple hours of sleep is much less enjoyable.

After a fast food breakfast, which is necessary due to both the time and the hour, we arrive at the hotel to begin setup. This process is always frantic for me, as I chronically bring too much stuff to fit on my table. It becomes a game of tabletop Tetris in order to maximize my space so I can maximize my sales. All the while, the dealers who beat you there (possibly because they shelled out $100 for a hotel room the night before) are wandering the floor, looking at your stuff before you’ve even officially put it out for sale.

The show itself typically flies by. Six hours seem more like two as a flurry of people come by your table. If you’ve been doing this for a while, you have regular customers who seek you out. You also have customer and dealer friends who may not buy from you but who come to say hello and catch up. This is both enjoyable and physically draining. The majority of the time is spent on your feet, and for an introvert like me, talking to all these people makes me want to go sit in my car in solitude for a few hours.

Once the show is over, the worst part of the dealer experience begins: breaking down and packing up. This is when you look at all the stuff you didn’t sell and realize you have to put it all back in your car. Sometimes it’s a real wonder as to how it all got in your car in the first place. Packing up also has a little bit of strategy involved, as packing up too early could mean missing out on potential sales, but packing up too late could mean that you are competing with a couple dozen other dealers to get in and out of the space.

If you haven’t already eaten something out of the vending machine at the show, you may be starving, which means fast food for the second time of the day. Again, this sounds like something that would have seemed awesome as a kid but is considerably less great when you are supposed to be a fully functioning adult member of society.

After the lack of sleep and the early morning drive and a long day of work, it’s finally time to relax, right? Wrong, because now you have to drive two hours back home. But at least you can relax once you are home, you may say. Wrong again — first you have to unpack your car and put it all away.

My wife knows I need 24 hours to recover after a card show. My feet hurt, my back hurts, I’m emotionally exhausted and physically tired. It’s definitely not as great as I imagined it would be as a kid. That having been said, it is pretty great, and I am fortunate to have the opportunity to be a dealer so frequently.