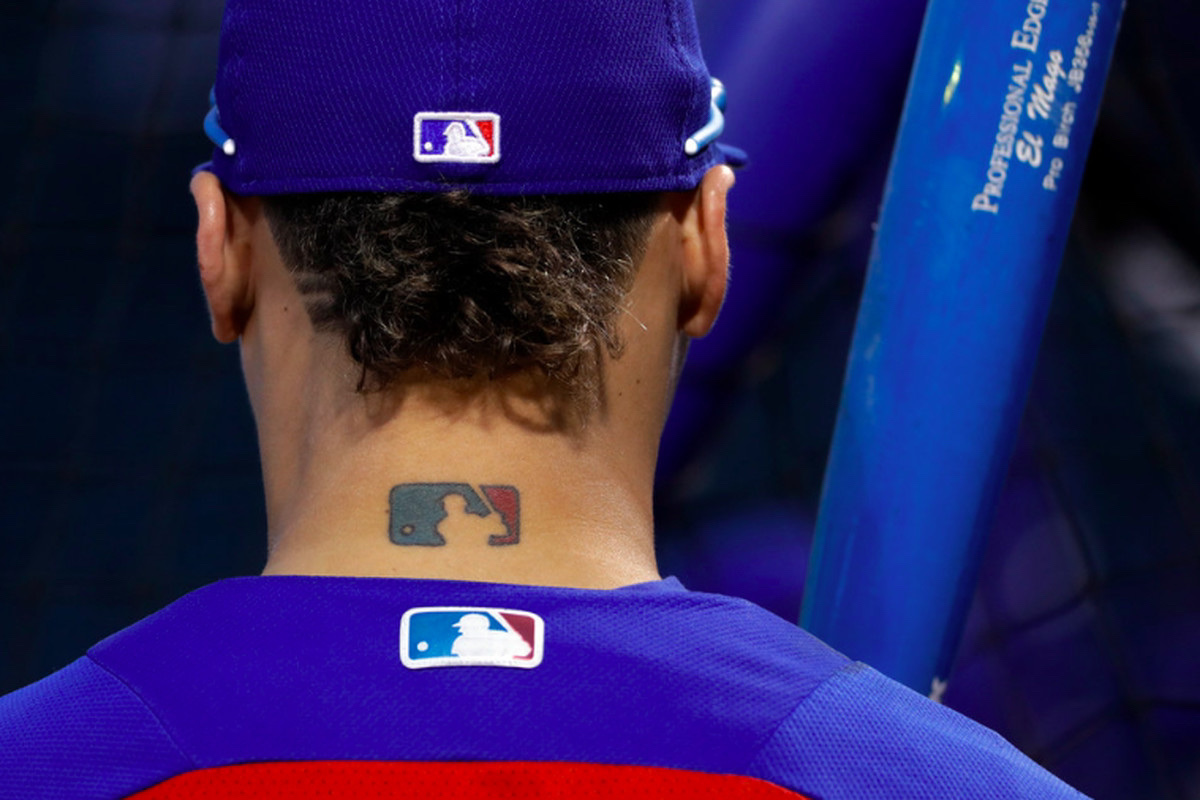 In addition to my baseball card collection, I have an extensive collection of Florida Marlins memorabilia from the 1990s and early 2000s. Included in this collection are 3 large tubs full of magazines and newspapers related to the team. A few months ago, I was digging through the newspapers and came across this gem from before the 2000 season. 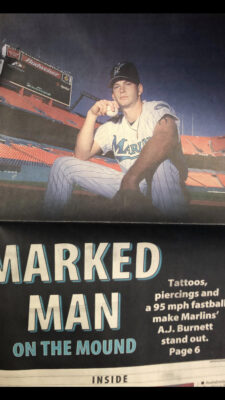 See that tiny little tattoo peeking out from under Burnett’s yanked-up sleeve? That was enough to earn him the moniker of “marked man” just 2 decades ago. In retrospect, this seems crazy — so many athletes, including baseball players, have tattoo sleeves, neck tattoos, and so on that the thought of ink being taboo so recently feels absurd. I began to wonder: when was the first time a tattoo was visible on a baseball card?

My first guess was that there were likely tattoos that the first tattoos were from players returning from the Navy in the 40s or 50s, became largely visible on cards in the 1990s, and were commonplace sometime in the early to mid 2000s. But then I was reminded of another Marlins pitcher, the late Justin Miller, who was an MLB reliever from 2002 to 2010. In the mid-2000s, his tattoo sleeves caused MLB to institute the “Justin Miller rule,” which required pitchers to wear long sleeves so as to not distract hitters. If Miller wasn’t allowed to show off his tattoos in game, how could a photo of him reflect those tattoos?

I figured Miller would be a good jumping off point, so I looked at photos of all of his cards. I discovered that on most of his cards, his trademark long sleeves were present. However, on an early-career card from 2003 Topps Total, he has some ink peeking out of his sleeve, much like the AJ Burnett newspaper photo. 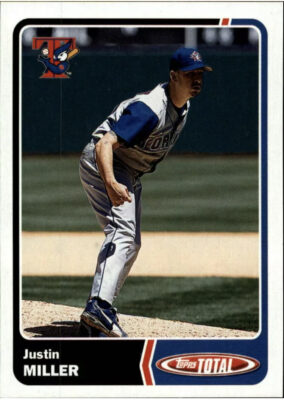 This gave me a good date of 2003 to start from. But suddenly I realized that there would be no easy way to examine all of the cards before 2003. I’d need to crowdsource the answer. So, I turned to Net54, a site I’ve noted many times as having the most knowledgeable collectors on the web. It turns out, my question was already answered a few years ago by the late industry titan Bob Lemke, former editor and publisher of Sports Collectors Digest. In a blog post from 2011, Lemke determined that the 1952 Bowman card of Sam Mele had a visible tattoo. 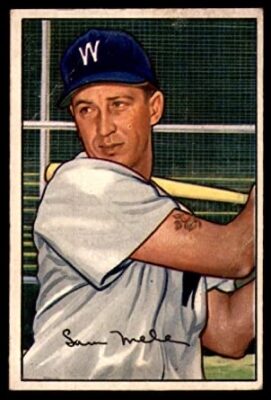 Well, that was a little disappointing — someone had already answered my question! Fortunately, Lemke’s blog post raised a new question for me. He ended by noting “In the mid-1990s at least one of the card companys [sic] was airbrushing tats off player photos.” If anyone knew this to be true, it would be Lemke, who literally wrote the book about every baseball card release ever. If that was the case, I began to wonder: what was the SECOND baseball card featuring a visible tattoo? Could it be the Justin Miller card from 2003?

I started looking at hundreds of card images, Googling players who were known for their tattoos and rifling through photos of their releases. I was getting nowhere fast. Then I thought, why not go back to the hive mind that led me int he right direction to start with? I went back to Net54 with my follow-up question. I got several suggestions (including a few that were later than the ‘03 Miller I found) but the most viable solution seems to be this 1991 Upper Deck issue of Kirby Puckett. 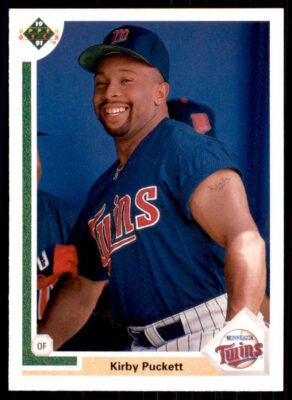 So — is it possible the industry went nearly 4 decades between Mele’s taboo tattoo and Puckett’s inked bicep? Sure, but I have my doubts. I remain convinced that somewhere in there, a tattoo slipped through. I haven’t been able to track one down, though. So unless any readers out there have a lead, we’ll go ahead and say the first visible tattoo on a card was 1952 Bowman Sam Mele, and the second was 1991 Upper Deck Kirby Puckett.