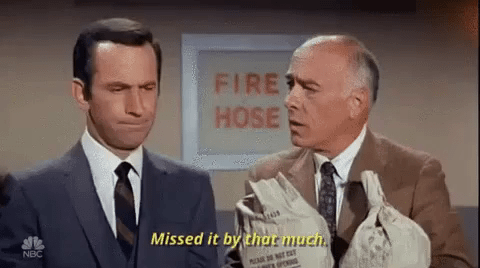 Editor’s note: There will not be a blog post next week. We will continue on January 3 with the big reveal of the four inductees to Mount Rushmore.

Over the past several weeks we have had some incredible nominations, and narrowing the list of nominations has been difficult for everyone involved. There were great names that ultimately fell short when compared against the criteria as well as their peers who made the Sweet Sixteen list published last week. But a list of hobby innovators would not be complete without them, so it’s important that they get recognized as important figures. This is the Just Missed List.

Buck Barker – Barker was an early collector with a national presence. He wrote articles for many hobby publications, and was instrumental in adding information about new sets to the 1960 edition of Jefferson Burdick’s American Card Catalog. His stamping and writing on cards he owned has given many early issues an important provenance to this day.

Lionel Carter – Like Barker, Carter was an early collector who contributed a vast amount of knowledge to the hobby. He was an early contributor to Burdick’s American Card Catalog and wrote for many publications. The sale of his collection in 2007 and 2008 produced some of the highest grade cards for some issues, and resulted in SGC labeling many cards as having come from the “Lionel Carter Collection.”

Mike Cramer – Cramer was, first and foremost, a collector. He was also a photographer, and took photos of players to use for his own card sets, called Pacific. While Pacific started out as a small operation making regional sets, it grew to a large national presence by the 1990s and was an innovator of new card styles until it lost its MLB and NFL licenses.

Larry Fritsch – Larry Fritsch Cards was one of the first full-time mail-order operations. Fritsch was a pioneer in this regard, selling cards starting in the late 1960s through sports publications. He also helped Bob Lemke (a member of the Sweet Sixteen) with his Standard Catalog of Baseball Cards by providing information about rare cards for inclusion in the book.

Bill Haber – Haber was a card researcher who identified many of the lesser-known subjects on regional issues by checking local newspaper records. Later, he was a Topps statistician and historian, working under Sy Berger to write the backs and statistics of cards and choosing photos for the fronts.

Doug McWilliams – McWilliams was a Topps photographer from the 1970s through the mid-1990s, taking some of the most famous photos to adorn Topps cards. He donated over 11,000 of his non-Topps photos to the Baseball Hall of Fame.

Marvin Miller – The famous head of the MLB Players’ Association, Miller redefined the baseball card landscape. Frustrated with low contract prices for cards, Miller instructed players in 1968 not to re-sign their contracts or sit for new photographs, resulting in many reused photographs for the 1968 and 1969 Topps sets. Topps finally caved, giving players and the union a new revenue stream, and setting the stage for players’ bargaining power down the road.

Keith Olbermann – A famous face and visible collector who is a longtime promoter of Topps products and hobby shops. Olbermann also took photographs for some TCMA sets and copy edited the backs of each card in the 1975 SSPC set.

Don West – If it was 2 AM in the mid-to-late 1990s and you needed a baseball card fix, it was West you would turn to. During the height of the card craze and its subsequent contraction years, West hosted a sports card and collectibles show on the Shop at Home Network, using over-the-top antics to sell cards to people sitting at home between 1 AM and 6 AM. His face — and personality — became synonymous with baseball cards for several years, and was the driving force in many people’s collection beginnings.

Kit Young – Young was another one of the first mail-order card businesses, and his knowledge contributed to many pearly price guides. However, his most important contribution may be his founding of the Industry Summit in Honolulu, Hawaii, in 1986. The trade show continues to this day as a gathering of industry heavyweights to share information and strategize.