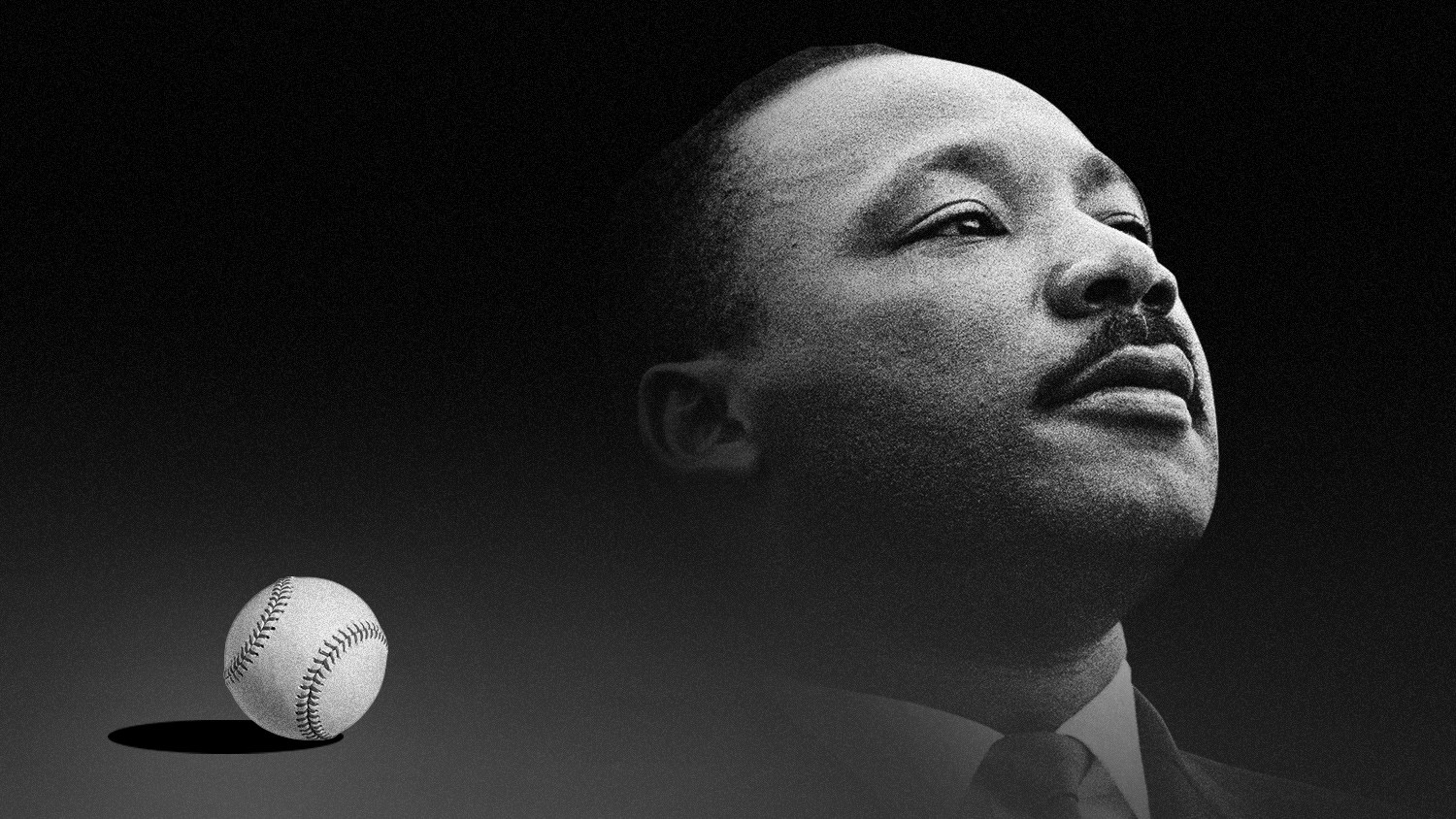 It’s not often that a baseball card is able to encapsulate bravery and strength. In fact, only a few come to mind immediately: the 2002 Topps United We Stand subset, featuring the response to the 9/11 attacks in the MLB, and the 1959 Topps Symbol of Courage card of Roy Campanella, featuring the Hall of Famer in a wheelchair. But looking through some cards recently, I came across one from 1963 Topps that struck me as absolutely incredible, one that I felt was perfect to highlight on this MLK Day: 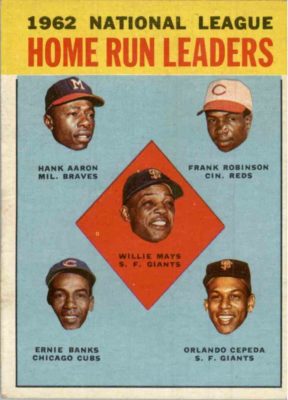 First, let’s dispense with the obvious: having 5 Hall of Famers on any card, even a leader card, is rare. For comparison, the American League Home Run Leaders card that year featured 6 players, not 5, and they could still squeeze only one Hall of Famer out of it: Harmon Killebrew, who appeared along with Norm Cash, Rocky Colavito, Leon Wagner, Jim Gentile, and Roger Maris.

But the accumulation of talent on this card isn’t what struck me about it. Neither is the awful hack job Topps did cropping Ernie Banks’s head. (Seriously, I know there was no Photoshop back then, but this was the best they could come up with?)

No, it’s that in 1962, during the height of the civil rights movement, the top 5 home run hitters in the league were all black men. The backdrop against which this happened in 1962 is not insignificant. Consider that:

Each of the 5 men featured on this card had overcome adversity to live a life their parents could have only dreamed of. Hank Aaron was born to a poor family in the Deep South, where he had to transfer out of a segregated high school to have the opportunity to play baseball. Willie Mays, who like Aaron was born in Jim Crow-era Alabama, was raised by separated parents and grew up so poor that, in his own words, “there were times that I went to school without any shoes.” Frank Robinson grew up one of 10 children raised by a single mother in Oakland. Ernie Banks was the second of twelve children who spent his teenage years working in the Dallas cotton fields for $1.75 a day. Orlando Cepeda grew up in Puerto Rico in a run-down wooden house with a father who, despite being a talented and successful baseball player, could not make the major leagues because of his skin color.

Despite all of this, their exploits on the baseball diamond resulted in this incredible card of 5 black Hall of Famers, a card that was produced and distributed just weeks after the governor of the state Aaron and Mays were born in proclaimed, “Segregation now, segregation forever!” These 5 faces are faces of strength — both of body and of spirit. This amazing card doesn’t just represent baseball history, but American history as well.