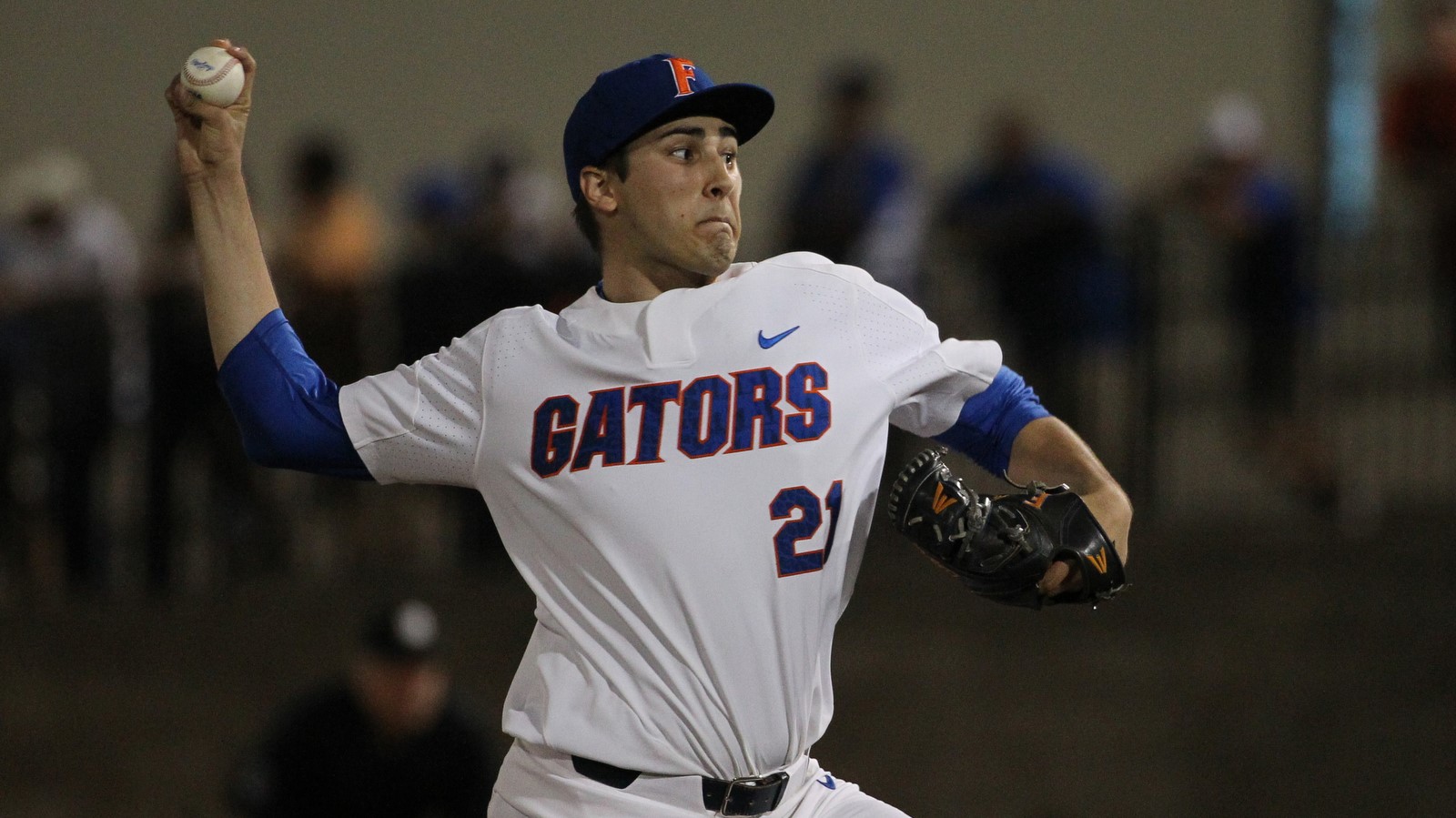 A few weeks ago, I wrote about my decision to start a new collection of 2006 Greats of the Game nickname autographs. Shortly after writing that post, I made another decision to retire another collection of mine and no longer pursue it. There comes a time like this for every collector, one where a tough determination must be made to focus efforts elsewhere. That didn’t make the decision any easier for me, but this is the story of how I arrived there.

In June, 2017, my beloved Florida Gators baseball team made their 11th College World Series. Getting to the CWS was expected at this point, but winning had been elusive. The 2017 team was not the one I expected would take home the title, but they surprised me and swept LSU. The Gators were loaded with talent in the rotation, and their star pitcher, Alex Faedo, had just been drafted in the first round by the Detroit Tigers. Though he didn’t pitch in the 2 games of the final in preparation for a potentially decisive game 3 start, Faedo dominated TCU in the round earlier, striking out 22 batters in 14 1/3 innings. His efforts had him named the most outstanding player of the series.

At the time I wasn’t collecting anything modern. My other modern player collection, Chris Coghlan, was no longer growing as he wasn’t a major leaguer anymore and only his rarest cards elude me to this day. (Side note: in January, Beckett.com named Coghlan to their list of the 9 most disappointing Rookie of the Year winners. Score!) I began to think of the possibilities: collecting a player from Florida (my home state) and Florida (my alma mater), who finally brought my team the College World Series title they’d been chasing for so long? It seemed like an obvious choice. I went to my computer and looked up what was available on ebay. He’d had a few cards from Panini already issued, from his Team USA days, and a few more with Gators photos and patches, perfect for me. I gobbled up a few, started a spreadsheet with all of his available cards, and had myself a new collection.

The early days of this collection were great. He was a 1st round pick, but not super heralded as he never profiled as an ace, and pitchers generally sell for less than hitters anyway. I bought a ton of his cards, including 1/1s, rare autograph parallels, patches, you name it. All told I spent a good chunk of change – money I could have applied to buying something else – but I was happy.

That happiness was fleeting. In the beginning, I would search a new release checklist, desperate to see his name on there. After a while, the opposite was true: I had a sinking feeling any time I saw his name appear in a new set. I knew it wasn’t just one card I had to get, but rather, all of the parallels, plus the autograph, plus all of the autograph parallels. It was overwhelming.

His “fast tracked” pro career didn’t get off to a great start. Due to throwing so many innings in the CWS, the Tigers opted not to start Faedo in 2017. He began 2018 in high-A, due to his advanced position as a 22 year old college pitcher. He pitched well enough, with a 3.10 ERA and 51 strikeouts in 61 innings, so he was promoted to AA. Things went a little haywire there; while the strikeout totals were still strong with 59 in 60 innings, his ERA was 4.95, and there was some talk that his delivery may need to be tinkered with. In 2019, he returned to AA and posted better results, a 3.90 ERA and over a strikeout per inning, but gave up a lot of hits and wasn’t seen as “dominating.” Due to no longer being seen as a top prospect, he was starting to appear in fewer sets (which I was happy about), but still too many for me to keep up with.

Rumor before the 2020 season was that Faedo could possibly make his debut later in the season for the Tigers, but those plans went awry. In addition to the pandemic wiping out the minor league season, he was put on the injured list in July for a forearm strain, then shut down for the year in August. But December bought worse news: Faedo would need Tommy John surgery and would miss the whole 2021 season.

I made a decision at that point to stop my collection. Collections should be enjoyable, not feel like work. The last few years have been more of the latter. I don’t plan on selling my cards – at least not yet – and I think I’ll always keep the cards of him in a Gators uniform. But I’m not going to seek out new cards of his. My ebay alerts have been deleted and I’m putting my resources elsewhere. It felt like a hard decision when I made it, but looking back at it after a month, it wasn’t hard at all. It felt like the right thing to do.