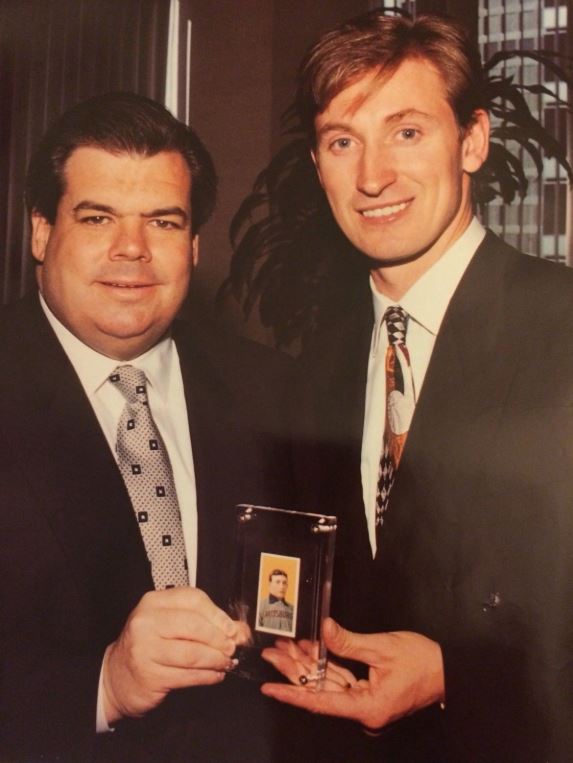 In the discussion about who is deserving to be enshrined on the Mount Rushmore of Sports Card Industry Icons, an overwhelming number of deserving nominees have been presented. In talking to people, I hear impassioned pleas for certain candidates, knowing full well that while they may have “a” case, the case is nowhere near strong enough. My answer is always to compare the nominee to the criteria.

As a refresher, the criteria are:

The criteria list itself is meant to be an objective tool used to consider worthiness for enshrinement. However, there is an inherent amount of subjectivity to it. There are many candidates who check almost all of these boxes. There are a few who check every single one off, but who don’t check the boxes deeply enough — that is, they superficially meet the criteria, but not at such an incredible amount that it’s a no-brainer. Does the depth to which a box is checked matter?

My feeling is yes, it does. You can come up with a number of candidates who, on the surface, meet all or almost all the criteria, but make no sense when you evaluate the candidacy holistically. For example, we received a nomination of Wayne Gretzky. The nomination was not specifically for his appearance on cards, but for the fact that Gretzky purchased a high-grade T206 Honus Wagner card in 1991. This purchase was for almost half a million dollars, more than four times the pre-auction estimate. The high dollar value increased interest in card collecting, specifically high-end vintage cards. It also legitimized third-party grading, when Gretzky approached PSA to grade the card (although it would later be determined that despite a grade of PSA 8, the card had been altered before auction).

Knowing all this, you can put Gretzky up against the criteria. There is no doubt his purchase had an impact on collecting and was of long-term importance to the industry. You can say that he was an innovator, because he spent more on a single baseball card than had ever been spent before. This did bring favorable attention from within the industry, as rejuvenated interest drummed up sales. The market for high-grade vintage was therefore expanded, and Gretzky was an instant face of collecting, with Gretzky posing for photos with the card and PSA using his likeness to promote its grading service. In fact, the only box not checked is “personal passion towards the hobby” — Gretzky’s purchase was specifically as an investment.

Now, you have a candidate who checks all but one of the boxes. The purchase did a tremendous favor for the card industry, which saw articles and books written about the card (magician David Copperfield even used the card in a nationally-televised special), and there is no denying the impact Gretzky singlehandedly had on the industry. But is that Mount Rushmore worthy? It’s hard to argue that Wayne Gretzky, with a single purchase, is one of the 4 most impactful people on the sports card industry. Even though he meets all but one of the criteria, he doesn’t really meet them deeply enough — for example, had he not won the card, the underbidder would have, and we’d be looking at a different person as having revolutionized the industry in this way.

For this reason, comparing against the criteria as objectively as possible is the most important process of determining a person’s worthiness for the Mount Rushmore of Sports Card Industry Icons. Using the criteria and understanding how to best apply them will make the best candidates rise to the top, while others will ultimately fall short.