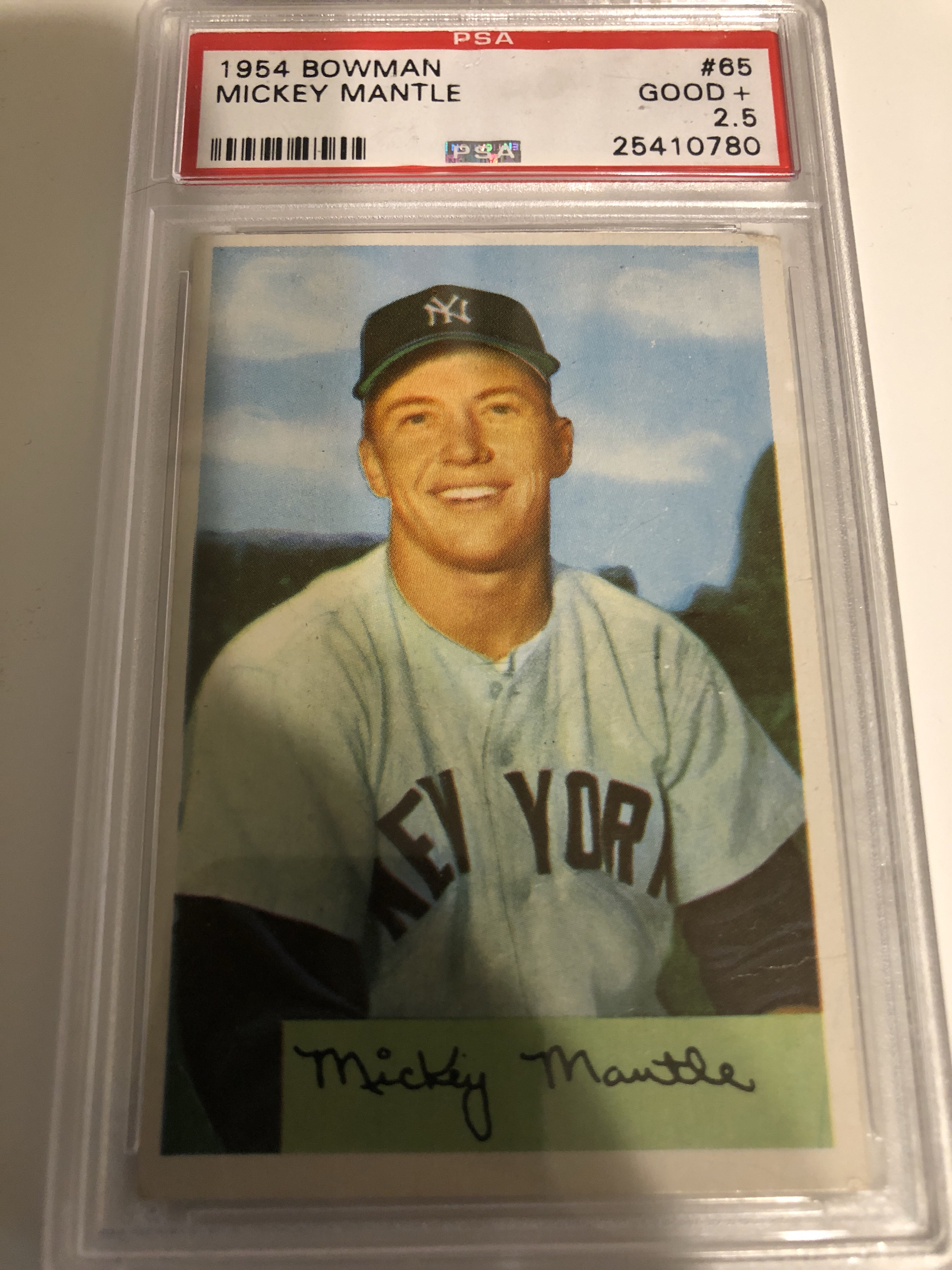 Last week, I discussed ways to determine whether or not to get a card graded. Once you’ve made the decision to send your card in, however, you also have to decide which third party grader to send it to. In this article, we will look at the three biggest grading companies: PSA, Beckett, and SGC.

We will start with PSA because this is the company that basically invented card grading. PSA’s plastic slabs are clean and sleek. While certain changes have been made over the years to enhance security, such as the addition of a hologram, PSA’s “flip,” which is the term used to refer to the piece of paper on which the card’s grade is written, has stayed very simple and consistent throughout its existence. As I mentioned last week, PSA also has a “registry” feature in which collectors collect all the cards in a certain list (i.e., Hall of Fame rookies, or Robin Yount Topps basic set) and essentially compete to have a higher overall grade. This can sometimes make PSA cards more desirable as well. Finally, PSA uses a “qualifier” system if the card has any major flaws, such as “miscut” (MC) and “off-center” (OC). Some collectors prefer a higher grade card with a qualifier, while others prefer a lower grade without a qualifier.

Beckett has three different grading services under its umbrella and it is important to distinguish between them. The most common one is BGS, or Beckett Grading Service. This is a standard grading service for modern sports cards. Its plastic cases are significantly thicker than PSA’s, which some people love, but others don’t — it’s purely a matter of personal preference. The flips are silver in color. BGS does not give qualifier grades, instead issuing a lower grade to cards with defects: however, they do have two features that PSA does not have. First, BGS lists the subgrades (corners, centering, surface, and edges) on the flip. There is an algorithm that they use to determine the overall grade based on these grades. PSA also grades their cards taking these individual aspects into account, but they do not issue specific subgrades for each. Sometimes collectors want a card with 10 centering but may be willing to overlook surface issues, for example. Second, BGS assigns a grade of 9.5, while PSA does not. With PSA, a nicer looking card is either a 9 or a 10. With Beckett, a 9.5 is possible. For these reasons, collectors generally prefer BGS for modern cards, specifically high end and autographed cards.

Beckett has a grading service specifically for vintage, called Beckett Vintage Grading, or BVG. These cases are the same thick plastic as BGS, but the flips are white and no longer contain subgrades. PSA has a reputation for being harsher on vintage grading, so BVG cards often command a good deal less on the secondary market. For example, a 1960 Topps Mickey Mantle graded BVG 5 recently sold for $167 on eBay; the cheapest PSA 5 sold for $250, with most closer to or over $300. Coupled with PSA’s set registry, which is most popular with vintage collectors, PSA is generally preferable for vintage cards.

The third service Beckett offers is BCCG. Why BCCG exists is one of the greatest unsolved mysteries of the world. BCCG is an “affordable” grading option, if your only goal is to get your card slabbed. However, the grades mean almost nothing and the cards hold little value. Rather than being graded on a 1-10 scale, the cards are graded on a 5-10 scale, with 5 being poor. So, essentially, any BCCG Card you see has a grade roughly twice as high as what it’s PSA or BVG or BGS grade would be.

While Beckett and PSA are the two biggest companies, SGC is also quite popular. SGC’s cases, rather than the frosted clear plastic of PSA or the crystal clear plastic of Beckett, contain a black matting. This displays beautifully, specifically for smaller-sized pre-war cards. SGC is a favorite of collectors of tobacco cards and other similar pre-war issues. Their flip is white with green accents, but the style has changed a bit over the years, so displaying an older flip next to a newer flip may drive the most obsessive collectors a little crazy. SGC grades on a 100 scale, but they note the similar 10-scale PSA or Beckett grade below their 100-scale grade on the flip.

In summary, a lot of which grading company you use is based on personal preference. In general, the market tends to prefer BGS for modern, PSA for vintage, and SGC for pre-war vintage, but as a collector, you may have totally different preferences. Check out some slabbed cards in person to decide which you like best, and then have a ball submitting your cards for grading!