Although always keenly aware of it, I’ve never collected Garbage Pail Kids. As a sports card collector, GPK seemed out of my element, and I guess I was concerned that I wouldn’t “get” the product. This year for the product line’s 35th anniversary, Topps has issued several special releases, and after seeing some of the cooler hits online, I started to get more and more interested in these gross little cartoons. But it wasn’t until the online-exclusive Sapphire Edition release that I saw a product I knew I had to open. Printed in highly limited numbers, Topps brought the Sapphire finish, popular on both Topps Chrome and Bowman Chrome products, to GPK for the first time. I saw mockups of the cards and read the hype on Twitter. I couldn’t wait to get my hands on one of these boxes.

Boxes are promoted as containing 32 cards, and each box has 2 parallels. I thought this would be one 32-card pack, given the small size of the box and the fact that no pack count is noted on the box. To my surprise, the box contained 8 foil packs, each with 4 cards. The foil packs are unmarked, indicating that Topps definitely does not intend this product to be packed out and sold on an individual basis. The cards in this set contain some of the most famous GPK cards ever, as the artwork comes from Series 1 and Series 2, the two original series that kick-started the craze in the 80s. 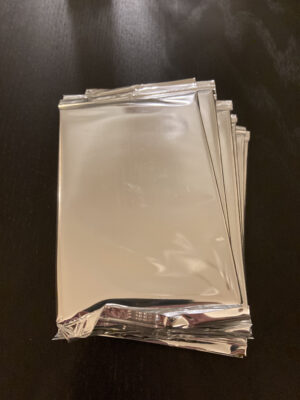 It seems to me that Sapphire is almost universally understood to be the most beautiful of the Chrome cards. Even the base cards are special, with their blue reflective finish, atomic refractor-type pattern, and bold, beautiful colors. Collectors put a premium on these cards and it’s clear why. Despite having owned a few Sapphire singles from Topps Chrome and Bowman Chrome over the past few years, I’ve never actually opened a Sapphire Edition product. It turns out that it’s an absolute thrill to open. Imagine opening a box where every card is a shiny refractor. That’s Sapphire Edition.

The very first card from the very first pack I opened was my biggest hit: an orange parallel of Nervous Rex numbered to 25. What’s not to love about a baby chain smoking and drinking loads of caffeine? 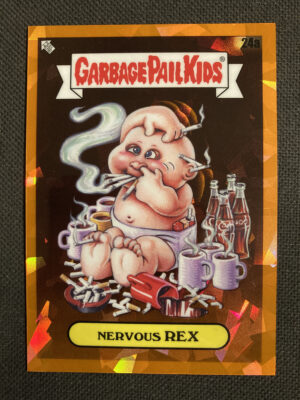 My next pack had a base card of Blasted Billy. Billy is the “b” version of the most famous “a” card, Adam Bomb, who became the face of the GPK franchise. Adam is generally the most desired card in any GPK set, but Billy isn’t too far behind. 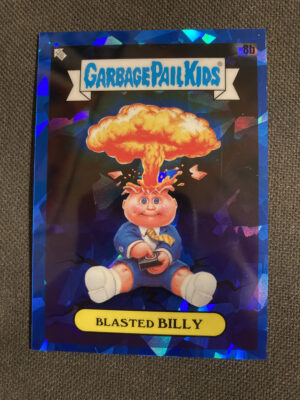 I also got a few a and b pairs: Guillo Tina and Cindy Lopper, along with Corroded Carl and Crater Chris. 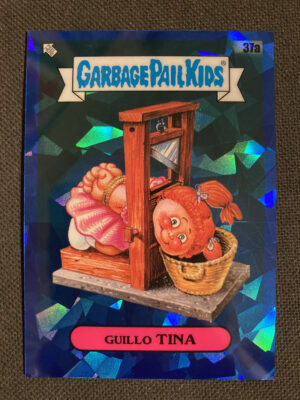 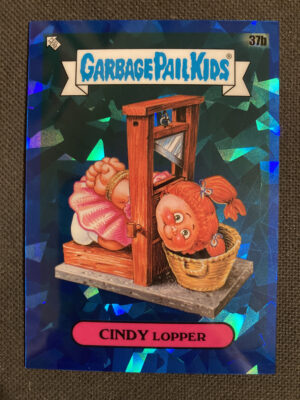 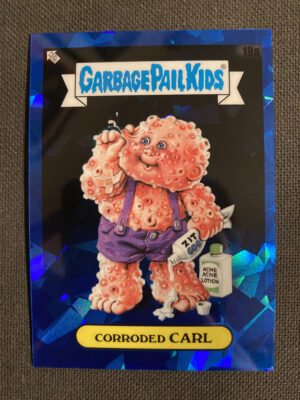 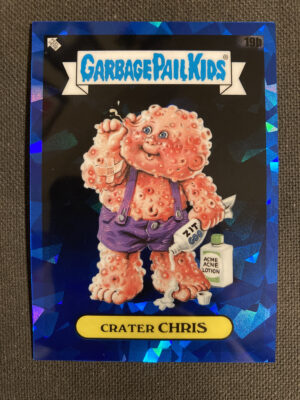 My second parallel was of Junky Jeff. Numbered to 99, it had a sky blue or aqua color, but I’m not sure which because this kind of parallel isn’t listed on the box. 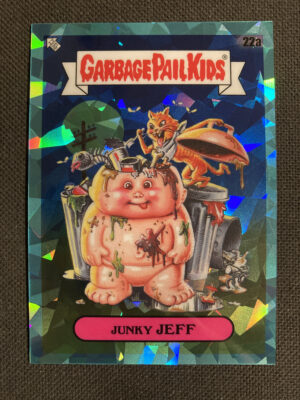 One thing I never realized before opening this box is how cool the backs of the cards are. As a previous non-collector, I always paid attention to the fronts of the cards. But the backs are all unique, with some forming a puzzle, others containing a checklist, and most having fake certificates signed by folks like U. Doitwrong and U.R. Boring. I enjoyed examining the backs of these cards even more than the iconic images on the front. 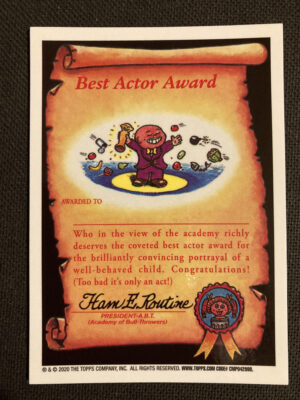 Simply put, this was the best and most fun product I’ve opened in years. I never in my wildest dreams would have pictured myself opening a GPK box, but as soon as I was done opening this one, I found myself thinking about opening another. This product is so cool, with its shocking art to its vibrant design to its chase for huge hits (I can only imagine what the Adam Bomb 1/1 will bring at auction!). I’m not intent on collecting the whole set, but I did luck out and get 3 cards that represent me, my wife Rachel, and my dog Jackie. Just please don’t tell my wife how she’s depicted. 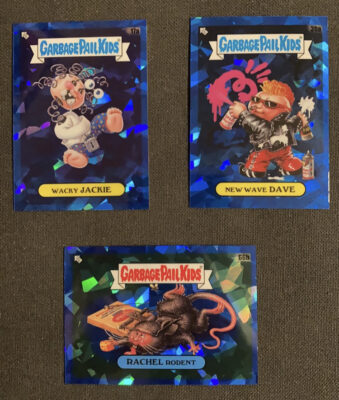