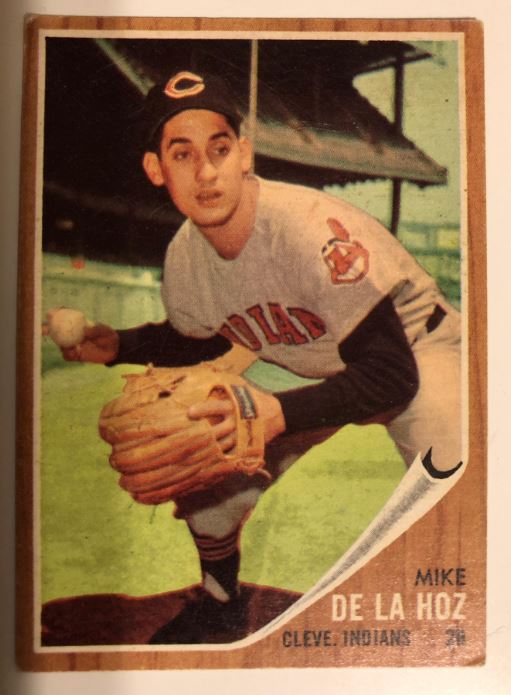 1962 Topps is a labor of love for many collectors. On the surface, it seems to be a standard 1960s set, albeit on the large side at 598 cards (compared to 522 for the 1961 set). Like most sets of the era, the cards often suffer from centering and border chipping issues. There’s also the usual high number short prints, and like many great sets, there are some variations: a checklist with incorrect numbering, another checklist with a misplaced comma, and some players with different poses.

Oh yeah, and the entire second series contains variations that raises the total number of cards in a master set from 598 to 691 — or even more, depending on who you ask.

As the story goes, Topps was experiencing higher-than-expected demand for their second series, which ran from card numbers 110 to 196. Because Topps printed a series in advance, their usual printer, who had already run the presses on the second series, was getting ready to print the third series of cards. In order to stay on schedule, Topps decided to use a different printer to run extra copies of the second series.

This is where the story gets theoretical. Legend has it that the printing plates for the cards were damaged in transit, and Topps had to produce new plates. Due to the insertion of printing plates in modern products, collectors nowadays know that the printing process involves four plates of black, cyan, yellow, and magenta. Something happened to the magenta plate — whether it was left out entirely or the color separations were performed incorrectly is unknown — but the result was cards with a lime green tint to them. In addition, these new plates used different photos for 8 cards (including one that was misnumbered), further adding to the list of variations in the set.

The biggest complication in collecting the 1962 set is that for many years, PSA did not officially recognize green tints as labeled variations, and they slabbed regular issues and green tint issues exactly the same way. A few years back, they started adding the “Green Tint” designation to the flip, but this has resulted in a disconnect between perceived and actual scarcity of the green tints. The PSA population report shows a much lower number of green tints than their “regular” counterparts, but many green tints are currently counted as regular cards because they were graded as such. Because of the disparity, the 1962 Topps Master Set Registry, which would usually contain every recognized variation imaginable for a set, contains 613 cards (the 598 regular set checklist, plus the 8 green tint image variations, 2 other image variations, 3 checklist variations, and 2 misnumberings). PSA then had to add a “Super Set Registry”, consisting of 691 cards, accounting for 78 additional green tint variations (there are 88 green tints, but 10 of them overlap with the aforementioned image and numbering variations).

Some collectors swear that the green tints are not significantly more difficult to find; others are certain they are, and they pay a premium for them. While some folks (yours truly included) love printing errors, miscuts, and so on, plenty of people see them for what they are — errors — and have no interest in collecting them. The green tints in the 1962 Topps set are an absolutely unique grouping of variations, the likes of which we will likely never see again due to current computerized tasks and quality control, so whether you love them or hate them, they’re definitely worth acknowledging.

Worth noting: This page is not mine, but collector Tom Housley put together an invaluable resource on identifying green tints from their standard counterparts, available here.