If you’ve ever been to a major sports card show or sports-related convention, it’s likely you’ve seen a throng of people holding a pack of baseball cards and gathered around a very excited host dishing out lots of free packs and prizes. If you haven’t seen it, you’ve almost certainly heard it, as it typically draws the loudest and most boisterous attendees around. These screaming sports card fiends are playing Pack Wars, a game popularized by Big League Cards owner and Topps frontman Alan Narz.

Narz has hosted Pack Wars nearly everywhere imaginable: at hobby shops and card shows around the country, at Super Bowls, at MLB All-Star Games, and even in the Walt Disney World theme park. Now he’s bringing Pack Wars to the Tampa Bay area, where he’ll be leading the action at the mega-show on December 11th at 2:00 and 5:00. It will be free to participate.

Despite all of the incredible Pack Wars that have happened over the past two decades, Narz says that this one will be historic and among the best ever. “For the first time ever,” he told me, “we’ll be adding Pokémon into Pack Wars fun, which has been highly anticipated and is now ready to launch!”

Saying that the upcoming Pack Wars will be among the best ever is no small claim to make. Beyond the numerous places that Pack Wars has been hosted, the overall prize haul is astonishing. At the National Sports Collectors Convention earlier this year, Pack Wars surpassed a lifetime mark of $1 million worth of prizes that have been given to fans for free. It’s an incredible figure that will only continue to grow as Pack Wars continues to pop up around the country.

With so much incredible history in its past, how can Narz be so confident that the Tampa Bay Collectors Con Pack Wars will be one of the best ever? He isn’t letting the cat out of the bag quite yet. “You’ll have to come and find out,” he told me. “But I can tell you I am personally very excited to see Sports and Pokémon Pack Wars taking place under the same roof.” 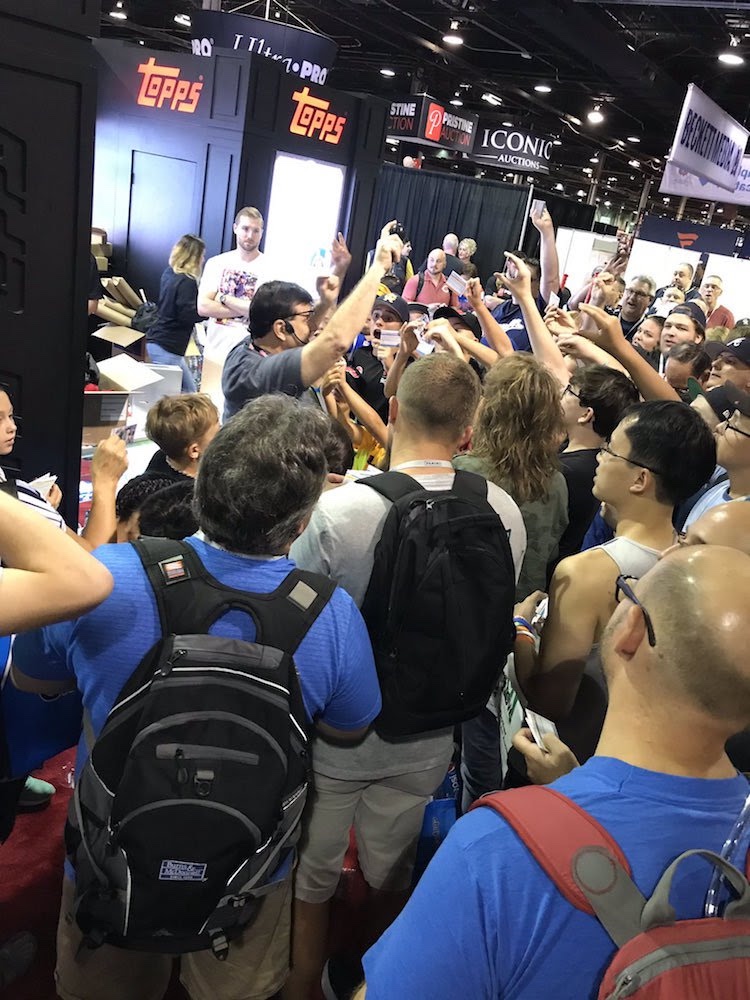