There are so many aspects to collecting sports cards that the vocabulary can get overwhelming. Two words that I see misused a lot by both veteran and novice collectors are “parallel” and “variation.” These terms may seem similar, but they describe very different things in the hobby.

A parallel is a card that has the same basic design as the base set, but with some kind of different element to the design. Parallels are always purposefully created by the card manufacturer and never accidental oversights.

What makes a parallel a parallel is that there is some aspect of the design itself that is purposefully different. This could be the finishing surface of a card or the paper it’s printed on or the color of foil that’s used or anything along those lines. Parallels are not limited to a single card or small amount of cards. Rather, the parallel design is applied to the entire set, allowing collectors to chase a full parallel set that has the same card numbers as the base set.

Parallels can be serially numbered, but not necessarily so. Topps refractors and Panini prizms are types of parallels that revolve around the finish of the card. A standard Topps refractor is usually not numbered, while a gold refractor may be numbered to 50 copies. Both are parallels, despite the difference in print run. Some parallels, like Topps Gold, change the color of the border or background instead.

A variation is a card that has something subtly different, either intentionally or unintentionally. These could be related to font color, photo usage, wording of text, differences in the backs of the cards, and so on. Variations are generally not numbered, though purposeful variations may have stated odds noted by the manufacturer.

For many years, variations were accidental and were often printing errors. For example, 1969 Topps has several cards where the last name could be seen in white instead of yellow, and the 1962 Topps set has a number of cards that have a green tint with photos that are cropped slightly differently. Some other vintage variations were purposeful and known, but not created with the express purpose of being a variation. Several early Topps sets had cards that could be found with either white backs or gray backs, depending on the paper supply that was available at the printing presses. In 1974, Topps issued variations of many of the San Diego Padres players as Washington Nationals in anticipation of a potential move that never happened.

Sometimes, too, you can find parallel versions of variations! Take, for example, this Gerrit Cole nickname variation, that is also a red/silver foil parallel: 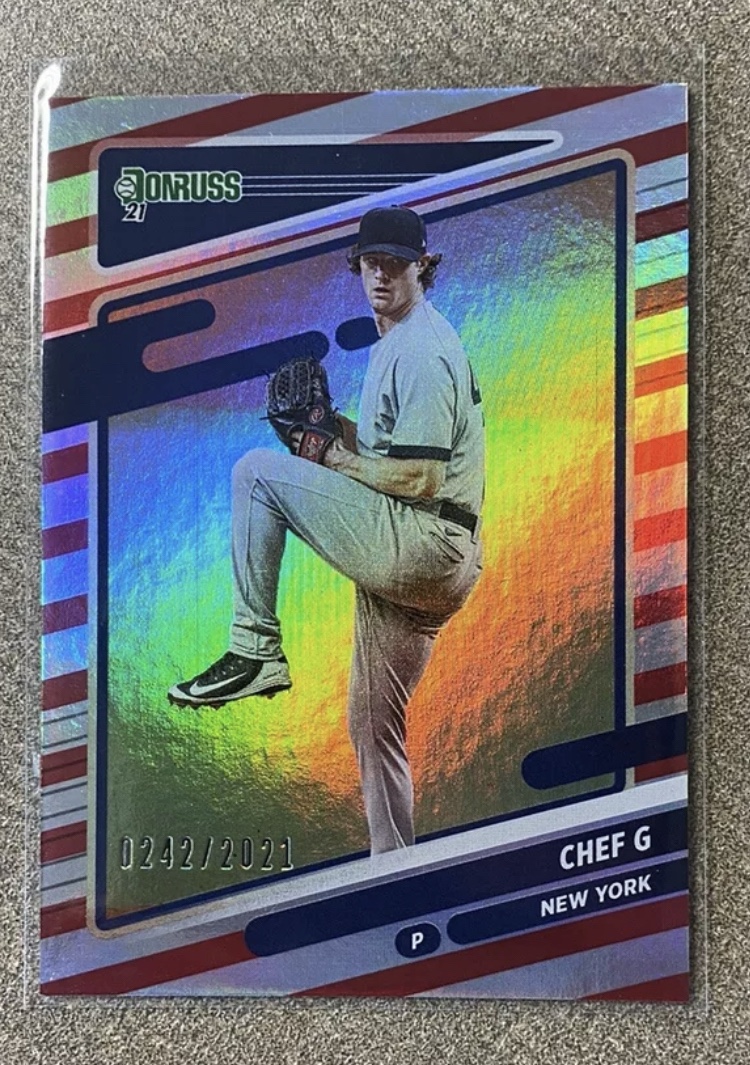 Even though they are somewhat related and can even intersect on individual cards, parallels and variations are very different things. Make sure to use the right words when describing your cards!