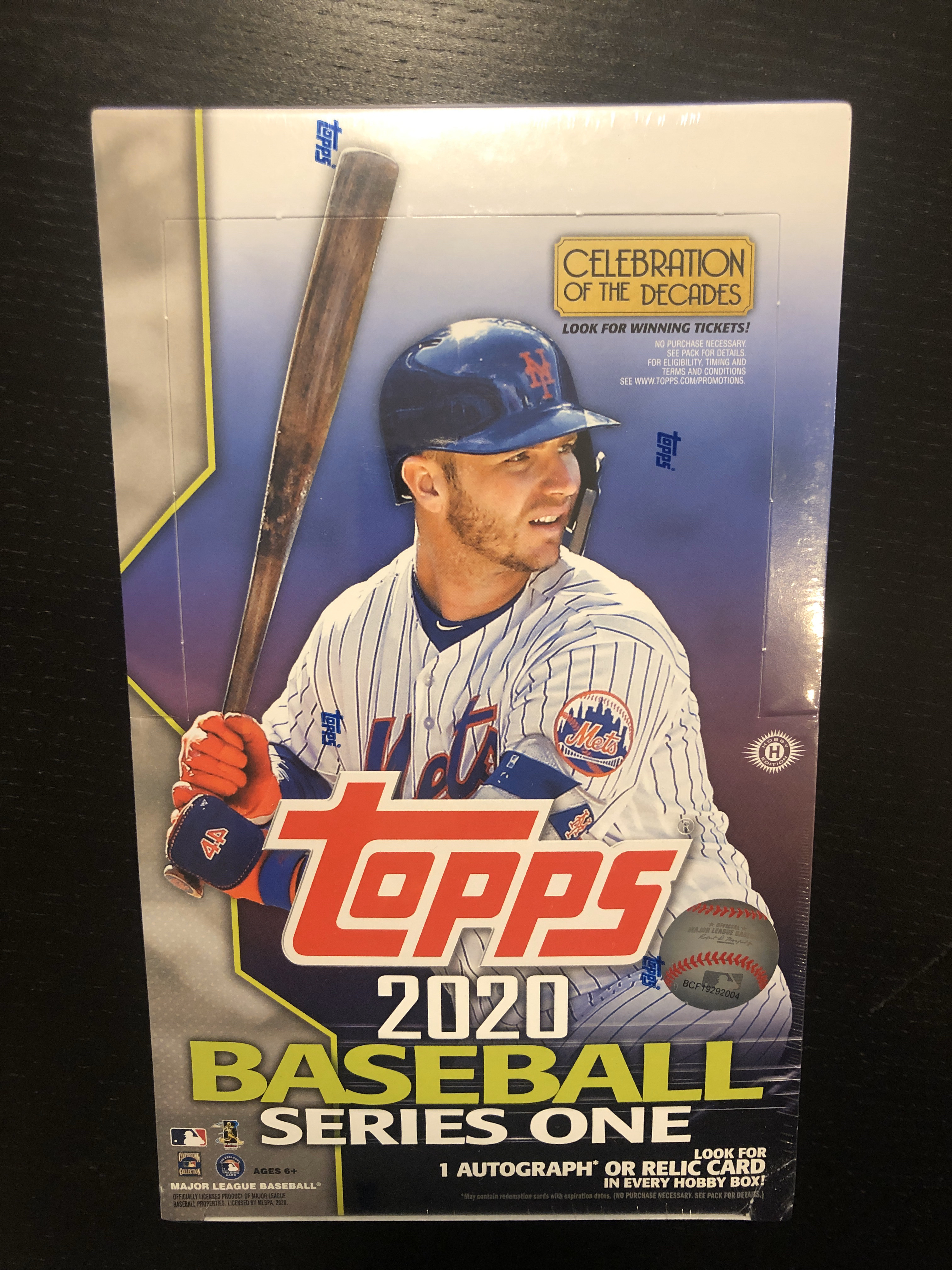 The 2020 baseball season is officially underway — that is, if you’re a card collector. As always, Topps released Series 1 this month, ceremoniously kicking off the new season with hot rookies, cool inserts, and fun twists.

Topps sent me a hobby box of Series 1 to review. I had previously opened a few jumbo boxes myself, but this was my first hobby box of the year. Continuing with their setup from last year, Topps now inserts silver packs inside the box, rather than allowing the seller to distribute them to the customers. I love opening silver packs (which are actually blue now) because there’s nothing like getting a face full of shiny refractors before even opening your first pack. This year’s cards feature the 1985 design, which totally pops with the mojo refractor finish. My cards were really good — Bo Bichette rookie, Mike Trout, Jacob DeGrom, and a green refractor Clayton Kershaw #/99. No complaints there.

This year’s card design is dynamite, and is probably my favorite base design in years. I was pretty vocal about not being a big fan of last year’s design, mostly because I couldn’t fathom why on earth the player’s last name came first. But this year hits it out of the park. The single-side border allows for nearly full-bleed photography, and works really well with color parallels. The design looks equally nice on horizontal cards as well as vertical cards, too. Speaking of that photography, this year has some great shots that don’t scream “Series 1” and look more like pictures you’d see in Stadium Club. I’m totally okay with that.

Each hobby box should contain one shortprint or super shortprint. I had the former, and got probably the best one possible: Yordan Alvarez. Although he played his rookie season last year (and won Rookie of the Year), his official RC is in this year’s products, and he, along with Bichette, Gavin Lux, and Aristedes Aquino are the major rookie names in Series 1. Yordan’s shortprint is horizontal and is one of those aforementioned Stadium-Club-esque photographs.

Hobby boxes come with one autograph or relic. I received a Major League Material jersey card of Trea Turner. Gold parallels, which used to be seemingly frequent, appear to be tougher to pull this year. I got just two in my hobby box, one less than the number of rainbow foil parallels I received. While there are several others available, the only other parallel I received was a Danny Hultzen Independence Day #/76.

Beyond the parallels, the inserts are strong this year. I’m usually not partial to horizontal insert designs, but Decade’s Next has a great design and a strong checklist of young stars. Decade of Dominance is a die-cut set, a feature rarely used in flagship Topps products, but it’s really nice looking. Topps Choice, which takes classic Topps designs and puts other players on them, is a really fun set and a welcome departure from the repetitive reprint insert sets we’ve seen over the past few years. My personal favorite insert set is the massive 100-card Decade’s Best set, the first insert set I’ve tried to put together in two decades. The cards feature highlights from each decade starting with the 1950s, and the designs mimic the aesthetic for each decade. Very well done.

The hot rookies are driving this product right now, but it’s an all-around fun rip with a great design and is loaded with value and exciting insert sets. If you’ve got any Decade’s Best cards, be sure to send them my way — I’m still 54 cards away from a set!