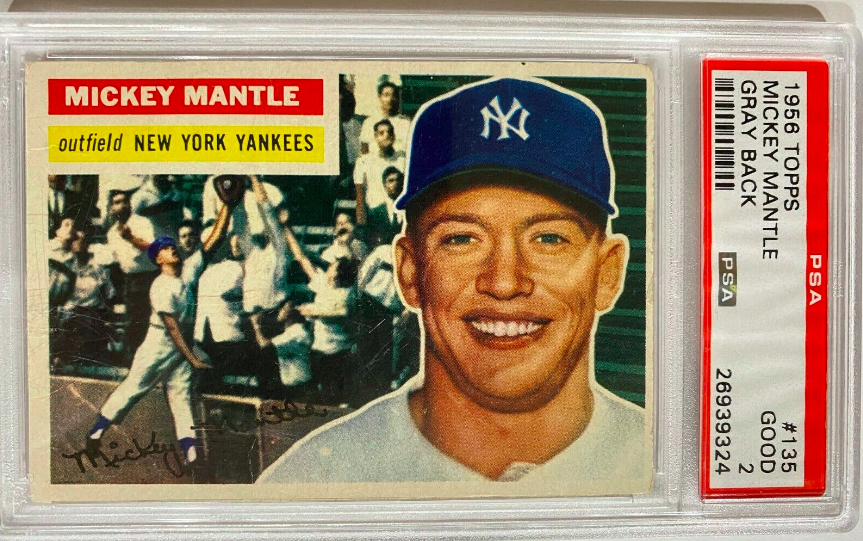 Last week, I noted that I believe we are in a sports card bubble, which will likely burst in the coming 8 to 12 months. However, I mentioned that I expect that as things normalize, some segments of the hobby will see price drops while others will retain the value they added in the last year.

First, let’s dispense with the bad: what do I think is going to drop? 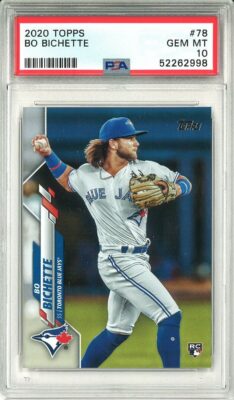 The primary target here in my opinion is PSA 10s, particularly of modern base cards and modern base rookies. PSA 10 cards are highly desirable for their “perfection,” but with modern cards this desire makes little to no sense. Sure, a 1980 Topps Rickey Henderson that grades a 10 is incredible — those cards were often not well-centered and have developed condition issues over the past 41 years.

Modern cards, produced by modern technology, are a different story. Take, for example, the 2020 Topps flagship Bo Bichette rookie card. PSA 10 examples of this card routinely sell for $100 a piece. This makes little to no sense given how common they are. PSA has graded 11,605 Bo Bichette cards, with 4,643 (40%) grading a perfect 10. Zooming out even more, PSA has graded 62,261 cards from the 2020 Topps flagship issue, meaning that Bo Bichette cards make up 18.5% of all cards from the set graded by PSA, and specifically, PSA 10 Bo Bichette cards make up 7.5% of all graded 2020 Topps cards. There’s not enough of a shortage of these to buoy the prices longterm, unless Bichette becomes an all-time great.

Another aspect of the hobby I anticipate will drop off is the sale price of second year cards. From Kobe Bryant to Tom Brady to Ken Griffey Jr., players’ second year issues have seen a large jump in value over the past year. The conventional wisdom is that this is because the rookie card prices got out of control and a second year card is the closest thing to a rookie card someone can own on a budget. I don’t buy that excuse. A second year card has never been a thing in card collecting, save for some collectors who focus on Topps Rookie Cup cards. I don’t think these climbs are sustainable, and I suspect second year cards will slide back down to where they belong — closer to the rest of the cards from a player’s career.

Now, onto the good stuff. There are plenty of cards I expect to maintain their value even after the market inevitably contracts at some point in the future. The biggest of these is star vintage cards. Given the number of new collectors and the limited availability of vintage cards, it makes sense that these cards have gone up in value. But even more than that, I think collectors have recognized the importance of several players and the newfound appreciation has created a permanent increase in the prices.

Jackie Robinson cards are a great example. Over the last year, Robinson has seen astronomical growth, predominantly because his cards were never appropriately priced relative to his stature in American history, which is why last year I included him on my list of the 5 vintage players with the most staying power. Even if new collectors leave the hobby, Robinson’s cards have taken on iconic status, and that won’t fade away.

Other players are also closing the gap due to increased perception. Last year I named Mickey Mantle to my list of the 5 most overvalued vintage players. I explained that yes, Mantle is important to the hobby, but his importance to a layperson or someone not intimately familiar with baseball is much lower than other players. Specifically, I used a 1956 Topps PSA 2 card as an illustration and pointed out the following then-current prices:

Checking in 11 months later, we would expect everything to have increased — and it has — but not nearly by the same amount: 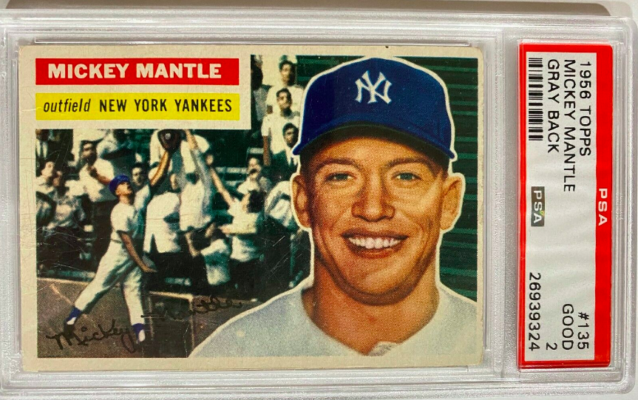 As you can see, Mantle has increased by the least amount. Why? Perception of Mays increased drastically after Hank Aaron’s passing, when folks recognized Mays was the greatest living player; Clemente’s impact on the game for Latino players is getting more recognition; and Robinson’s importance has become even more noticeable. Williams has seen a bump commensurate with what the rest of graded HOFers have seen, but even he outpaces Mantle’s percent change by nearly double.

Another area I see remaining strong is iconic modern cards, particularly in high grade. These cards may be overproduced, but there will always be a market for them given the memories attached to them. The 1989 Upper Deck Ken Griffey Jr. rookie is a great example of this. For a long time I couldn’t believe how cheap this card was. It didn’t matter to me if there were 1 or 2 million of them printed. It is the most instantly recognizable card of an entire generation and I spent years picking up raw copies around $10-$15 and complete sets at $25-$30. To me, this card is a no-brainer to maintain high sales prices because it was actually undervalued before.

An interesting trend has emerged over the last year in which certain cards have seemingly become iconic which didn’t previously hold that status. Next week, I’ll explore whether a card can become iconic after years of not having that perception in the hobby.