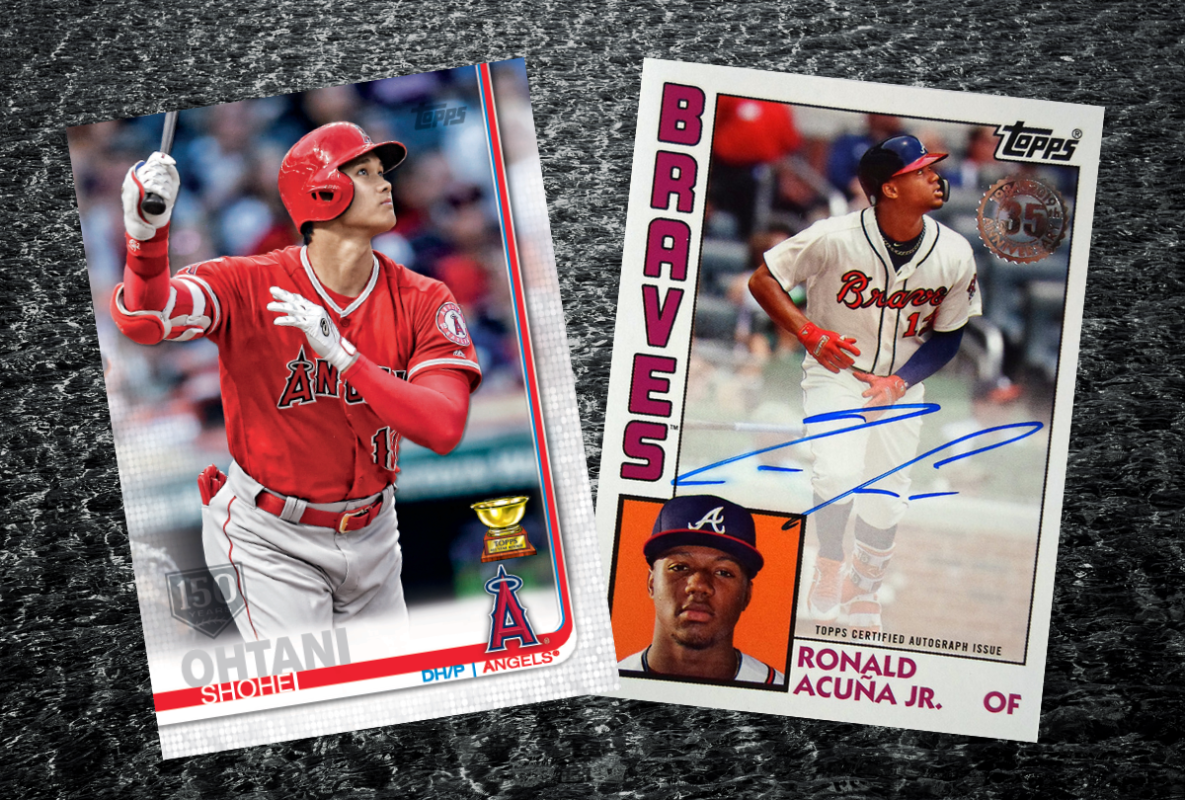 The first truly great day of the year arrived last week, as 2019 Topps Series 1 was released. Release day for the flagship Topps product is always a day filled with excitement for me and most other collectors, who can’t wait to see the new design, put together a set, look at the inserts, and, yes, find something to complain about.

I previously wrote about the design mock-up here. At that time, I said I wasn’t crazy about the design because the last name came first and was in gigantic letters. The last name coming first still annoys me, but I’m here to tell you the large last name WORKS. I’m a big fan. When I was flipping through singles to pull out stars or cards my friends needed, the process was super easy regardless of whether I was looking at the front or the back of the cards. The font is aesthetically pleasing as well.

I was also concerned — actually, “confused” is the word I used — about the borders. Topps has been borderless for a few years, but this year’s design brought back borders on two sides of the card but not the other two. However, the way the cards look in person make this feel less like a border and more like a design flair. In person, the card design is somehow both futuristic and retro. The team colors used on the border work wonders and the design, as I pointed out in the previously mentioned post, definitely evokes memories of 1982 Topps.

The color parallels look great with this design. In my two boxes, I pulled black and gold parallels, and they are both dynamite. But the real winner is a parallel I’ve never been a fan of — rainbow foil. I have never thought these cards were attractive. I’m not sure if Topps changed the stock these were printed on or if the design just makes them pop, but of all the parallels, the rainbow foil was far and away the best-looking.

One parallel I didn’t care for at all was the “150th Anniversary” parallel. These cards are stamped with the “150 Years” logo Topps is pushing for this release, but the base cards with this logo are not numbered and fairly common. However, the stamp appears on other inserts, and those cards ARE numbered. I pulled a Major League Material bat card and a 1984 design card with the stamp, and each was numbered to 150. I’d like the stamp a lot more if it were a numbered parallel to 150 and tougher to pull. As it stands right now, it’s kind a no-reason parallel.

Some of the inserts are really cool. The “Revolution“ insert set is a dual sided card with one sepia photo and one color photo. They include ballparks and team uniforms, and it is a very unique and fun set. The 1984 inserts are quite common, and they continue the 35th anniversary theme top has carried out for the last few years. There isn’t much special about them, but it is neat to see both current and former players on a card design they were never a part of.

The biggest issue I have with an insert set is with the Iconic Card Reprints set. It seems that every year Topps finds a way to put reprints in a set. How many different versions of a 1975 Robin Yount rookie card do I need? Because they are re-print the cards always look the same in the front, but the backs are different — There is absolutely no difference between this set and, say, the Berger’s Best set from a few years ago, except for the text on the back of the card. Please stop the reprint madness.

All in all, I was pleasantly surprised with this year’s release — and now I’m looking forward to Series 2!